All they do is win: Black women sweep at Sunday’s Critics Choice Awards 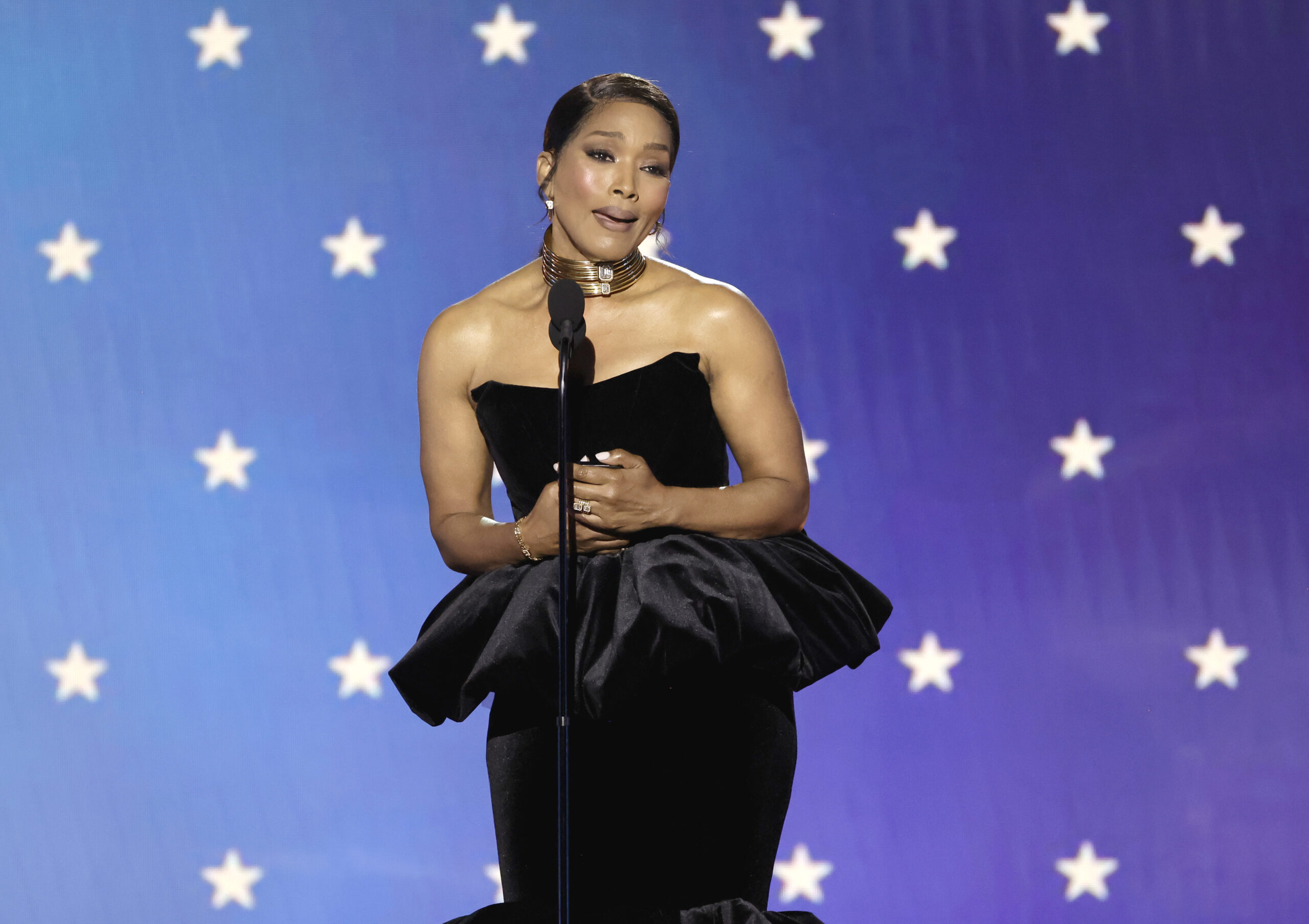 Black women were queens of the night at the 28th annual Critics Choice Awards, held Sunday at the Fairmont Century Plaza Hotel in Los Angeles. The majority of the Black winners at the ceremony were women, most of whom spoke in their acceptance speeches about the power and resilience of being Black women in an industry that often undervalues and discriminates against Black women.

The CW had the U.S. telecast of the show.

“Black Panther: Wakanda Forever,” a superhero movie centered on Black female warriors, won two prizes: Bassett was named Best Supporting Actress in a Motion Picture (for her role as Queen Ramonda), while Carter won the award for Best Costume Design, a prize whose winner was announced before the televised part of the show. Carter was the first Black person to win an Academy Award for Best Costume Design, for 2018’s “Black Panther,” and she’s on track to get another Oscar nomination and probable win in the same category for 2022’s “Black Panther: Wakanda Forever.”

In Bassett’s acceptance speech, she thanked the usual people — family members, colleagues (including the late “Black Panther” star Chadwick Boseman), and fans — but she also took the time to acknowledge the Black people who inspired her to become an actress: “As a girl who fell in love with acting on a school trip to Washington, D.C., watching James Earl Jones in a production of ‘Of Mice and Men’ at the Kennedy Center, I knew in that moment that this is what I wanted to do.”

Bassett continued, “I didn’t know what the path would look like after I got to Yale Drama School. I wasn’t sure what might be reasonably possible. But oh, thank God for the giants: Black actresses with extraordinary talent, like Ruby Dee and Cicely Tyson, Rosalind Cash, and Diahann Carroll. It was their extraordinary work that showed me that there was a place for me in this business of show, especially at a time when Black women weren’t shown in a significant way oftentimes, not really present on television or the big screen.”

Bassett also commented on the blockbuster success of the “Black Panther” movies: “We showed we could create and lead a billion-dollar box-office success. And my prayer is that door remains open and the sky is the limit for other Black creators and storytellers around the world to join us.”

“Abbott Elementary” (an Emmy-winning and Golden Globe-winning show about an underfunded public elementary school in Philadelphia) continued its winning streak by getting two Critics Choice Awards this year: Best Comedy Series and Best Supporting Actress in Comedy Series, with the latter prize going to Ralph. During her acceptance speech, “Abbott Elementary” showrunner/star Brunson thanked her cast, crew, and other colleagues. She added, “I love that we get to have a really good time but also bring light to the teachers.” Brunson gave a special shout-out by asking people to donate to DonorsChoose, a nonprofit group that raises funds for public school classroom projects.

“Abbott Elementary” co-star Ralph, who plays teacher Barbara Howard on the series, gave one of the most memorable speeches of the night. She thanked loved ones, colleagues, and the people who voted for her. She also said: “Every mistake, every bad break, every no, every rejection in an industry, when I was 19 years old was quick to tell me there was no place for me. But Sidney Poitier looked at me and said, ‘You’re a damn good actress.’”

Ralph added while pointing at the camera and shaking her head confidently, “And to all of you watching here, come close to the screen and listen: People don’t have to like you. People don’t have to love you. They don’t even have to respect you. But when you look in the mirror, you better love what you see.”

Nash-Betts from “Dahmer” won the award for Best Supporting Actress in a Limited Series or Movie Made for Television, for her role as real-life witness Glenda Cleveland. Cleveland, who died in 2011, was a neighbor of serial killer Jeffrey Dahmer, and she made a crucial phone call to police about Dahmer’s suspicious activity in his apartment.

Nash-Betts started off her speech by saying, “I want to thank the Most High for this divine moment.” She also thanked her loved ones and colleagues, as well as the people who voted for her. Nash-Betts, who became famous for doing comedy, says she originally became an actress to do drama. “The industry was kind but said, ‘Stay in your comedy lane.’ Sometimes, people want to leave you where they meet you.”

With her mother’s encouragement and her mother’s offer to pay for dramatic acting classes, Nash-Betts says she got the training and confidence that she needed to go for dramatic roles. Nash-Betts added, “I share this award with Glenda Cleveland. On this night, we are both fully seen. And finally, to everyone who doubted this Black woman,” she said while pointing to herself, “and told me what I couldn’t do, I want to lovingly and humbly say, ‘In your face!’”

Monáe was a double winner at the ceremony. She received the SeeHer Award, a noncompetitive prize given each year to an entertainer who is a role model for female empowerment. The recipient of the SeeHer Award is announced several weeks before the ceremony. Monáe and several of her co-stars from “Glass Onion: A Knives Out Mystery” also won for Best Acting Ensemble, a movie prize given before the televised part of the show.

Monáe began her SeeHer Award acceptance speech by introducing herself and saying, “My pronouns are she, her, they, them.” She also namechecked her movie roles as underappreciated characters in their worlds, such as LGBTQ ally Teresa in 2016’s “Moonlight,” scientist Mary Jackson in 2016’s “Hidden Figures,” and her dual roles in 2022’s “Glass Onion: A Knives Out Mystery” as schoolteacher Helen and swindled business entrepreneur Andi. Monáe said of these women characters who are often overshadowed by men: “I see you.”

“These are just a few of the characters I’ve had the honor of playing,” Monáe added. “And I try to make an effort in my work … to highlight the ones who’ve been pushed to the margins of society, who have been outcast or relegated to ‘the other.’ She continued by saying that coming from a working-class family, “this issue is personal to me,” and because “I am nonbinary, I’m queer, and my identity influences my decisions and my work.”

Monáe said, “I kind of keep this glimmer of hope in my heart that when someone meets a character like the ones I’ve had the opportunity to play, you’d be more empathetic to their experience … less judgmental, and more eager to advocate for them.” She added, “If you know my story, I wasn’t supposed to make it out of Kansas City, Kansas, and be here tonight … I couldn’t see what my purpose was supposed to be at that time. But thank you, God, so many other people did. They didn’t give up on me … So anyone out there who is watching me right now, I just want you to know that I see you, but I challenge you to see you.”

Zendaya, who did not attend the ceremony, won the prize for Best Actress in a Drama Series, for her role as complicated teenager Rue Bennett in HBO’s “Euphoria.” Zendaya has also won two Emmy Awards and a Golden Globe Award so far for this role.

Esposito, who identifies as a biracial African American, received the prize for Best Supporting Actor in a Drama Series, for his role as restaurateur/narcotics distributor Gus Fring on AMC’s “Better Call Saul,” which had its series finale in 2022. In addition to the usual thank yous, Esposito commented in his acceptance speech: “If we can all raise the energy, and keep it raised, we can share the best part of ourselves truly, always, and eternally.”

The Critics Choice Awards are voted for and presented by the Critics Choice Association, a group of approximately 600 film/TV journalists from around the world. Chelsea Handler hosted the 2023 ceremony. The show was executive produced by Bob Bain Productions and Berlin Entertainment.

Black presenters at the show were Brunson, Bassett, Ayo Edebiri, Courtney B. Vance, Cedric the Entertainer, and Kerry Washington. A complete list of the ceremony’s award winners can be found at the official Critics Choice Association website.