Approaching final NCAA game, Jaleel McLaughlin shares about his journey from homelessness to the end zone 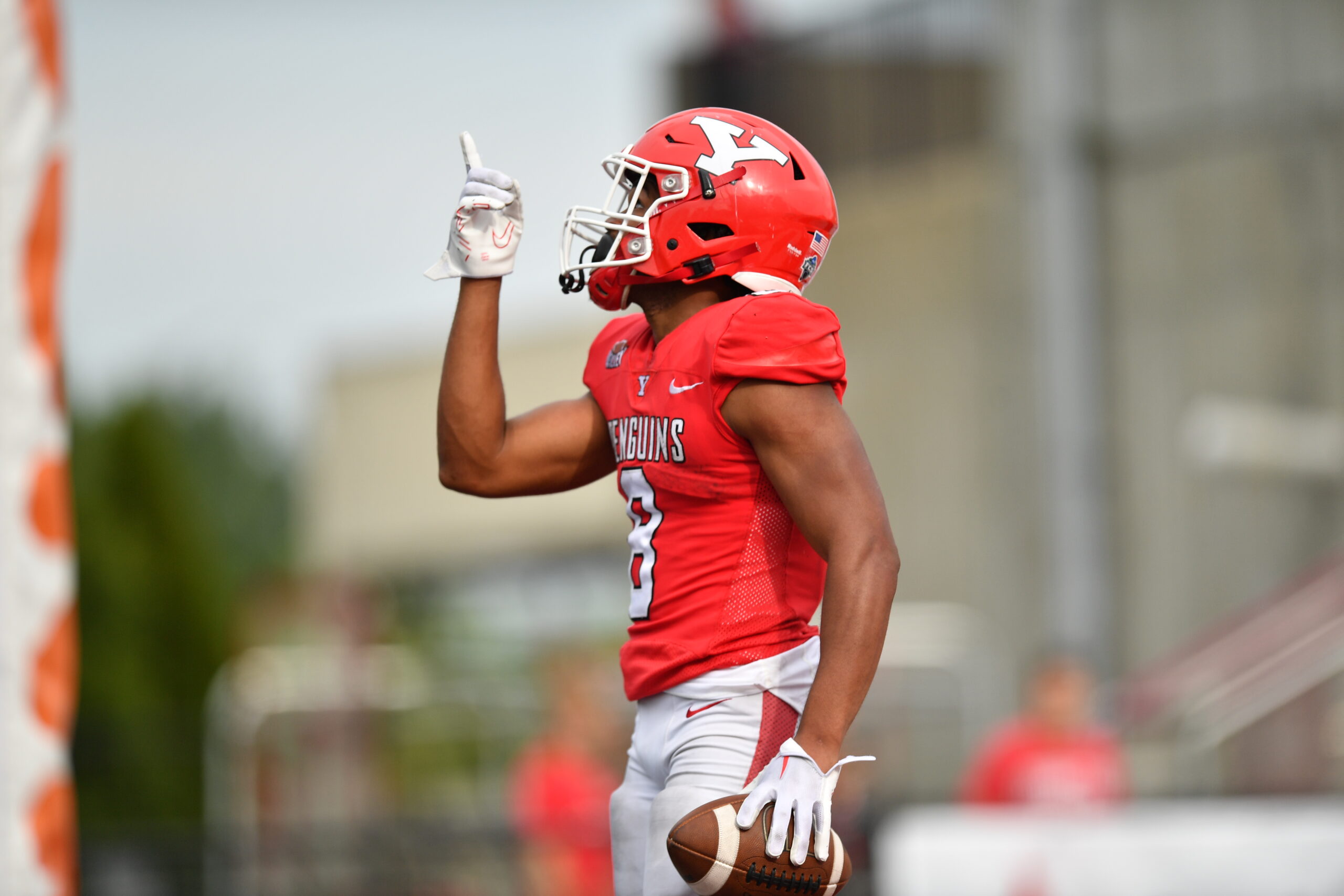 Jaleel McLaughlin had to stop several times while thanking friends, teammates and family in his latest social media post because he became overwhelmed with emotion.

Behind 227 yards last week, McLaughlin set the NCAA record for career-rushing yards that moved him into an unlikely position, especially after a brief stint in unfortunate circumstances as a youth.

Reflecting on his personal journey nearly brought McLaughlin to tears.

“It was emotional while writing on my social media page because it made me realize how many people have been a part of this,” said McLaughlin, a senior running back with Youngstown State University. “Those people really inspired me and it was hard putting it all into words because I really wanted them all to know how I appreciate them.”

As much as McLaughlin has been inspired by his support system, he’s also lived an inspiring life.

WATCH: From homelessness to the end zone, a video by Branson Wright

It all began when he was in the seventh grade. His mother, Tonya McLaughlin, a single parent, was laid off after 10 years from a factory job near the Fort Bragg Army base in North Carolina. Her oldest child, Jamecia, raised her oldest son, Tayvon, and Tonya took care of her youngest boys, Jaleel and Jayshawn, who is three years older than Jaleel. Since she was no longer able to afford an apartment, the three of them lived briefly with different relatives and in and out of a motel.

“Our mom couldn’t find work and her unemployment was about 100 dollars a week,” Jaleel’s brother, Jayshawn, told NABJ Black News & Views. “We moved in with our grandma, but once she lost her home, we’d park outside of McDonalds and sit there all day.”

Sitting there actually meant the four of them were living out of Tonya McLaughlin’s Ford Focus for three months. Jaleel McLaughlin would sleep in the back seat.

“It was definitely frustrating,” the senior running back said. “I’d wonder why we had to go through this. One night, after fighting off bugs, I got out of the car and slammed the door.”

His frustration hurt his mother’s feelings.

“I started to cry because this wasn’t the life I wanted for us,” she said. “But 10 minutes after slamming the door, he came back and said he was sorry and for me not to worry.”

Worry turned into hope when Tonya McLaughlin moved to Arkansas for work, and McLaughlin and his brother moved in with their father in Charlotte, N.C. Their mother returned two years later once McLaughlin reached high school, and the family was reunited.

While mom was away preparing for a better life, her son was living his best life through football. He averaged nearly eight yards per carry as a high school senior. In basketball that same year, he led Forest Hills High School to a state title, and in the spring, he led the school to its first state track title. He was a member of the state-winning 4 x 100-meter and 4 x 200-meter relay teams.

Despite his success, McLaughlin didn’t get many college football scholarship offers because of his small stature. He’s 5 feet 9 inches and 195 pounds, but that’s still considered small for a running back. Notre Dame College in South Euclid, Ohio, took a chance. It was a great move because McLaughlin rushed for nearly 5,000 yards in his first two years (4,737).

Once the pandemic arrived and shut down several programs, putting the season in jeopardy, McLaughlin transferred to Youngstown State because he said he needed another challenge and an assurance of a season.

McLaughlin had a slow start in the abbreviated season but the following year he finished with 1,139 yards. He averages 7.3 yards per carry with 1,504 yards.

McLaughlin, projected to get drafted in the 2023 NFL Draft, will play his final collegiate game on Saturday.

Which could cause another passionate moment.

“I got a little emotional last night during practice,” McLaughlin said. “It’s the last game of my college career. Everything has to come to an end, but I’m also excited about the future.”

PrevPreviousOPINION: White Mississippians still think they are the only decision makers for Jackson
NextWATCH: From homelessness to the endzoneNext