Atlanta Mayor calls for limits on investors buying up homes 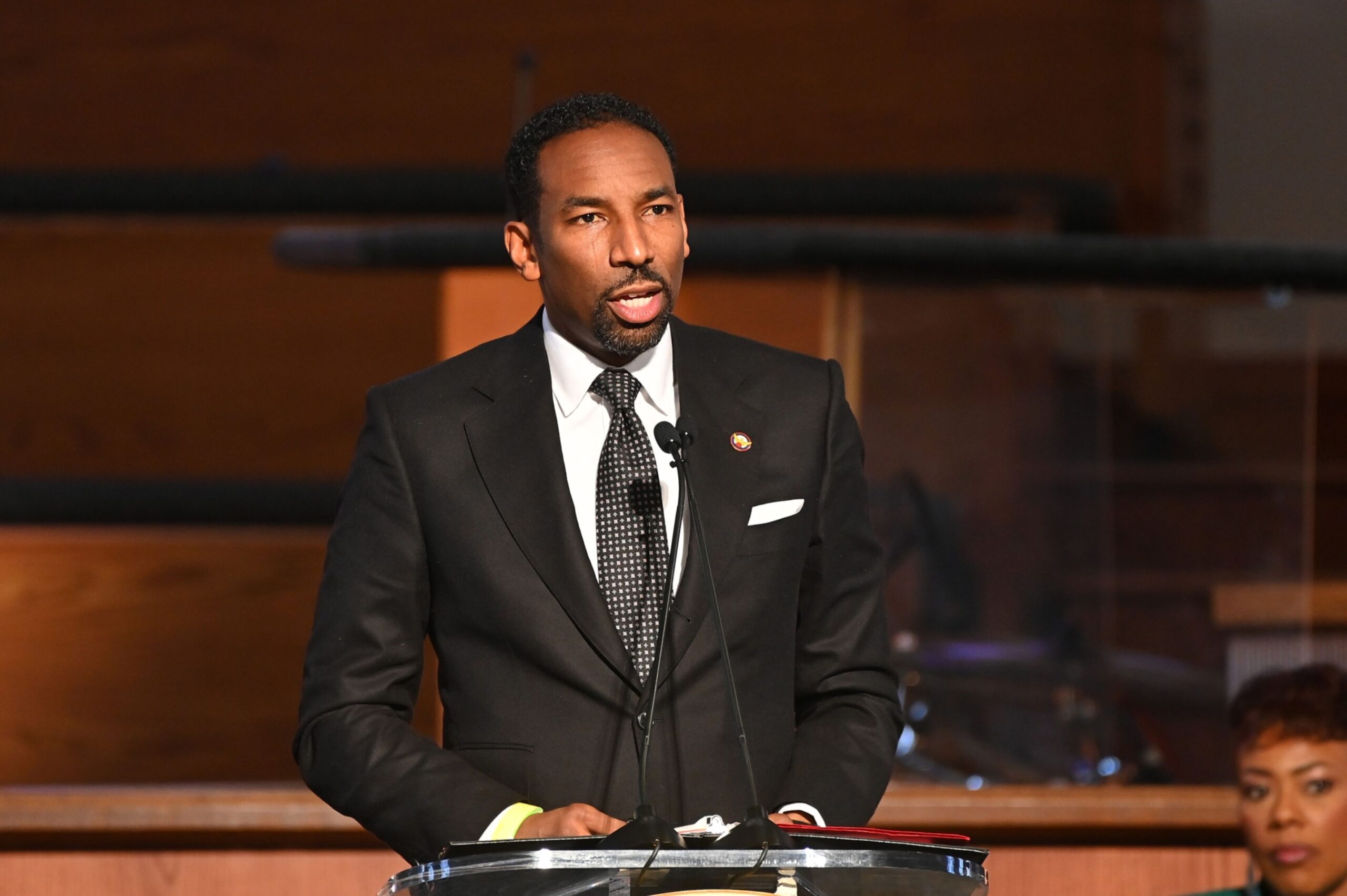 With a booming economy and major corporations increasingly locating operations in his city, Atlanta Mayor Andre Dickens said that he wants the government to find ways to place restrictions on property investors who are contributing to a surge in the region’s home prices.

Dickens, a former city council member who took over as mayor in January, said that he envisions something similar to the Community Reinvestment Act — a federal law designed to encourage banks to meet the needs of all borrowers — to prevent Atlanta communities from being overtaken by deep-pocketed real estate investors.

“The CRA was there to protect the existing homeowners — the community in one way — by making sure that we get reinvestment in there,” the Democratic mayor said in an interview at Bloomberg’s Atlanta office. “This could be some 2.0 or some next level version of this CRA just to allow for communities to not be overrun by bank investors.“

A third of homes bought in the Atlanta area in the first quarter went to investors, the highest share among 40 US metropolitan areas tracked by Redfin Corp. Many went to so-called iBuyers including Zillow Group Inc., Opendoor Technologies Inc. and Offerpad Solutions Inc., tech-powered players that buy homes using algorithms and flip properties, including selling to landlords backed by Wall Street firms. Often the properties are transferred to investors without ever being listed on the open market.

That demand has elevated home prices while also shrinking the supply of starter homes that investors tend to favor, pushing homeownership out of reach for an increasing share of the city’s residents. The median Atlanta home price jumped 14% in April from a year earlier to $426,250, Redfin data show.

Dickens, 47, also said that he wants corporations that open or expand operations in Atlanta to do so with a commitment to hire about 30% of their workforce from local residents.

“I’m not interested in being played or looked at as ‘Hey, give them the lowest possible thing to say that you’re getting credit for being a good corporate citizen,’” he said.

One recent example, he said, was Microsoft Corp., which recently opened new Midtown facilities for 2,500 workers, and also purchased land on the city’s underdeveloped west side to house an additional 10,000 employees. When Microsoft announced plans for the 90-acre campus to be developed in one of the city’s Black working-class neighborhoods, all of the homes that were on the market quickly sold, and many of them were purchased by investors.

“If you import all this talent from Redmond or San Francisco or the coast because they can live off of $150,000 and you plop them down in Atlanta where we got people making less than $15 an hour, you are going to upset our ecosystem,” the mayor said he told Smith.

In an interview Tuesday with Bloomberg Television’s “Balance of Power With David Westin,” Dickens said Atlanta is investing $58.7 million in new developments in an effort to create 20,000 units of affordable housing. He said that the post-pandemic environment in the city, where crime has spiked and inflation is high, has led him to adjust his spending priorities and shift some funds intended for affordable housing over to public safety and hiring police officers.

“I’m spending a lot on public safety, a lot on fixing old fire stations, got to make sure police officers have cars that work, and I’ve had to raise salaries,” Dickens said.

An Atlanta native and a graduate of Georgia Institute of Technology and Georgia State University, the new mayor rose to power after winning a November 2021 runoff race against City Council President Felicia Moore. He succeeded Keisha Lance Bottoms, who after a single term consumed by pandemic-related issues didn’t seek re-election.

Georgia’s governor’s mansion and the state legislature are controlled by Republicans. However, for over a century Atlanta’s mayors have all been Democrats, and since 1973 when Maynard Jackson was elected, they have all been Black.

Dickens outlined his plans to address crime in Atlanta, where murder has increased and the Buckhead district, one of the wealthiest and Whitest areas of the city, has threatened to secede. Still, in the early months of his leadership, the mayor said that he has been functioning as a sort of peacemaker — repairing strained relationships between City Hall and the Republican-controlled state legislature, rebuilding the ranks and morale among police officers, and working to improve safety in Buckhead and throughout the region.

With about a half million people living in the city, Atlanta stands among the fastest-growing, diverse and politically important metro regions in the country — dictating everything from the balance of power in the federal government, to what’s trending in entertainment. Economically, the city is the engine that drives the state. The Atlanta metro area, which is about 6 million people, represents 63% of Georgia’s gross domestic product of $683 billion, according to the Bureau of Economic Analysis.

“There is an anti-Atlanta sentiment across a lot of parts of the state,” Dickens said. “Good things happen all around this state and I think we need to come up with a language and inclusive view of how Atlanta influences positive outcomes for Georgia.”

–With assistance from Luke McGrath and Steve Matthews.