Black America mourns with the country over Gabby Petito, but also bristles over #MissingWhiteWomanSyndrome 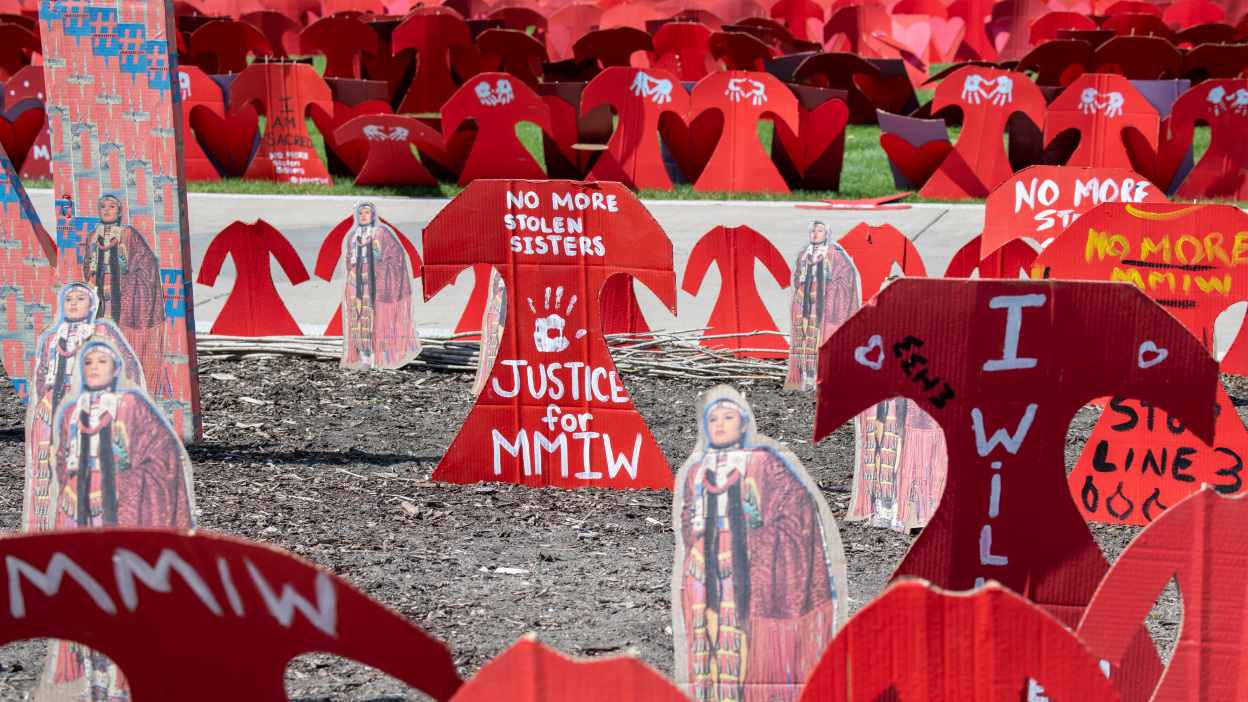 MWWS has become so recognized that late newswoman Gwen Ifill coined the phrase in 2015. The topic is even the subject of its own Wikipedia entry and multiple scholarly studies. MWWS refers to the documented fact that missing white women generate multiple times the media coverage as missing Black people who, if they are mentioned at all, are sometimes portrayed in some negative way.

As the strange case of Petito, with its twists and turns and the added layer of a missing boyfriend, has dominated headlines, Black Americans and others have noted that missing Black people never generate this level of coverage.

Watching the Petito coverage has been very hard for Black families whose loved ones are missing but whose cases have been ignored, says Derica Wilson, cofounder and CEO of the Black and Missing Foundation. The nonprofit based in Riverdale, Maryland, is devoted to drawing attention to the cases of missing Black people.

“My heart goes out to (the Petito) family, any family that has to deal with this — it’s a nightmare,” Wilson told Newsweek. “But we do have a lot of Gabby Petitos in the Black and brown community as well. We understand that not all cases get that level of attention and resources—there were multiple police jurisdictions involved—but we do have cases that want that additional assistance.”

The Native American community has raised a similar issue, pointing out that more than 400 Indigenous women have gone missing with little coverage in the last decade.

“The way this (Petito) story has captivated the nation has many wondering: Why not the same media attention when people of color go missing?” MSNBC host Joy Reid asked on-the-air on Monday. “Well the answer actually has a name — ‘Missing (White) Woman Syndrome.’ “

When Fox News posted a follow-up with the tweet, “MSNBC’s Joy Reid dismisses focus on Gabby Petito case as ‘missing White woman syndrome,’ “ Black Republican political commentator Sophia Nelson shot back, “STOP LYING #FOXNEWS she is making a factually correct point: Only white girls and women get national attention when they go missing, are murdered or raped. Not black, brown, Asian, Indigenous or Latino girls. That is FACT!”

The MWWS issue is not new. Media observers and Black Americans have long pointed out widespread coverage of missing white women and girls, including Natalee Holloway, the 18-year-old who vanished during a 2005 trip to Aruba, Madeleine McCann, the 3-year-old who disappeared in 2007 during a family trip to Portugal, and the pregnant Shanann Watts and her two children, murdered in 2018  by husband, Chris Watts. That case was the subject of a Lifetime movie.

In an oft-cited 2016 study published in the Journal of Criminal Law and Criminology, Chicago lawyer Zach Sommers shared results of an analysis of FBI data and news coverage of missing persons cases that concluded, “ … not only that there are, in fact, race and gender disparities consistent with Missing White Woman Syndrome, but that they manifest themselves in two distinct ways: (1) disparities in the threshold issue of whether a missing person receives any media attention at all; and (2) disparities in coverage intensity among the missing persons that do appear in the news,” according to an abstract.

For those who want to help erase the gap, social media and the Black and Missing Foundation are offering up a list of missing Black people who have largely been ignored by national news coverage. Among them:

Not Our Native Daughters

PrevPrevious‘She has put in all of the work’: Ryanne Jasica powers up with 12 kills and five aces as surging St. Laurence rolls past Evergreen Park.
NextLincoln Middle School in Park Ridge receives 2021 National Blue Ribbon honorNext