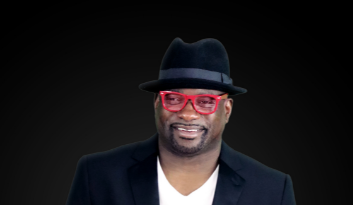 Award-winning cartoonist Joe Young will nationally launch a comic book featuring 10-year-old Kemet on November 30 in Hartford, Connecticut. Kemet, a 10-year-old Black kid born in 1771, whose name means Black Africa, lives in West Africa. And when the slave catchers came over on their ship, his mother warns him, “all boats aren’t good boats.”

Kemet’s mother gives him the Sankofa bird, a bird that looks back and doesn’t forget. Kemet is placed on a United States plantation and starts teaching slaves to read. Slave masters put a bounty on him so he runs away.

He later meets Baltimore, Maryland almanac author and surveyor Benjamin Banneker in 1776 and together they create a time machine that travels forward to the 21st century. When someone has a problem, Kemet goes back in time and shows a story of Black history and Black excellence to help the person overcome whatever they’re going through in the present day.

“There are a couple of reasons why the character got created,” Young said. “With everything going on in the world with social upheaval and racial division, I thought a character like Kemet could address some of those issues. He’s a Black American and I saw him as a bridge to bring folks together. He travels through time and takes the lessons he learns in the past and brings his knowledge back to the present in the 21st century.”

Kemet is for young people but his messages reach all ages, and all nationalities, Young added. “[However,] if I had to say, the target would be middle school age kids.” Young said. Another target market is Black single parents. “Kemet’s interactive. We send letters out and kids write to him, and they draw pictures. It’s really taken off.”

Kemet currently has over a million readers.. The comic will soon be distributed to 230 newspapers with 20 million subscribers. “We also have activity worksheets. It has Black history facts, trivia, and a lot of fun stuff.” Young wants people to learn about the contributions of Black people. “How they not just built the country, they built the world and contributed globally.”

Young has been developing Kemet for about 18 months.. “He really got developed during the pandemic. Covid was a great time for content creators. You’re at home, you can create.”  Young worked with the Woodson Center in D.C. with Bob Woodson. “We created him and Kemet’s original name was Ben 1776. There were some creative things we didn’t really gel with. So I said, let me take this to another space. Then Covid hit and that really developed the character.”

Young is also a filmmaker, producer, writer and teaching artist. “I teach cartooning to young people, that’s my expertise.” Among many of the characters Young has created, Kemet is the character that Young loves most. “Kemet is my most endearing character. I never felt as close to a character as this character. It’s because of the message, the timing and he has a certain ‘it’ for me.” Kemet has a lot of cool supporting characters as well. “There’s Lilli, she’s a rebel. She’s like a 10-year-old Angela Davis. She’s always going back and forth with Kemet. There’s also Ty’rique, who is a troublemaker and Billy who is really naïve.”

“I want kids to have a sense of pride in who we are as a people. If they know what we’ve been through as a people, they can accomplish anything they want. No matter what station you get, or how wealthy or famous you have to go back and bring somebody with you. And that’s what I want young people to learn.”

Currently, there are two comics available and Young is working on more. “We can’t keep up with all of the requests coming in. So that’s why we have the worksheets, too. We do one worksheet a week. We’re already a couple of weeks ahead. Every week, Black newspapers get the Kemet worksheets.”

The Kemet comics can be found on www.kemetcomic.com or www.joeyoung.org. The worksheets are available to distribute to schools as well. Several guests will be zooming in for this national launch at 6 p.m. Eastern time including singer Smokey Robinson and Bernnadette Stanis (Thelma from Good Times).