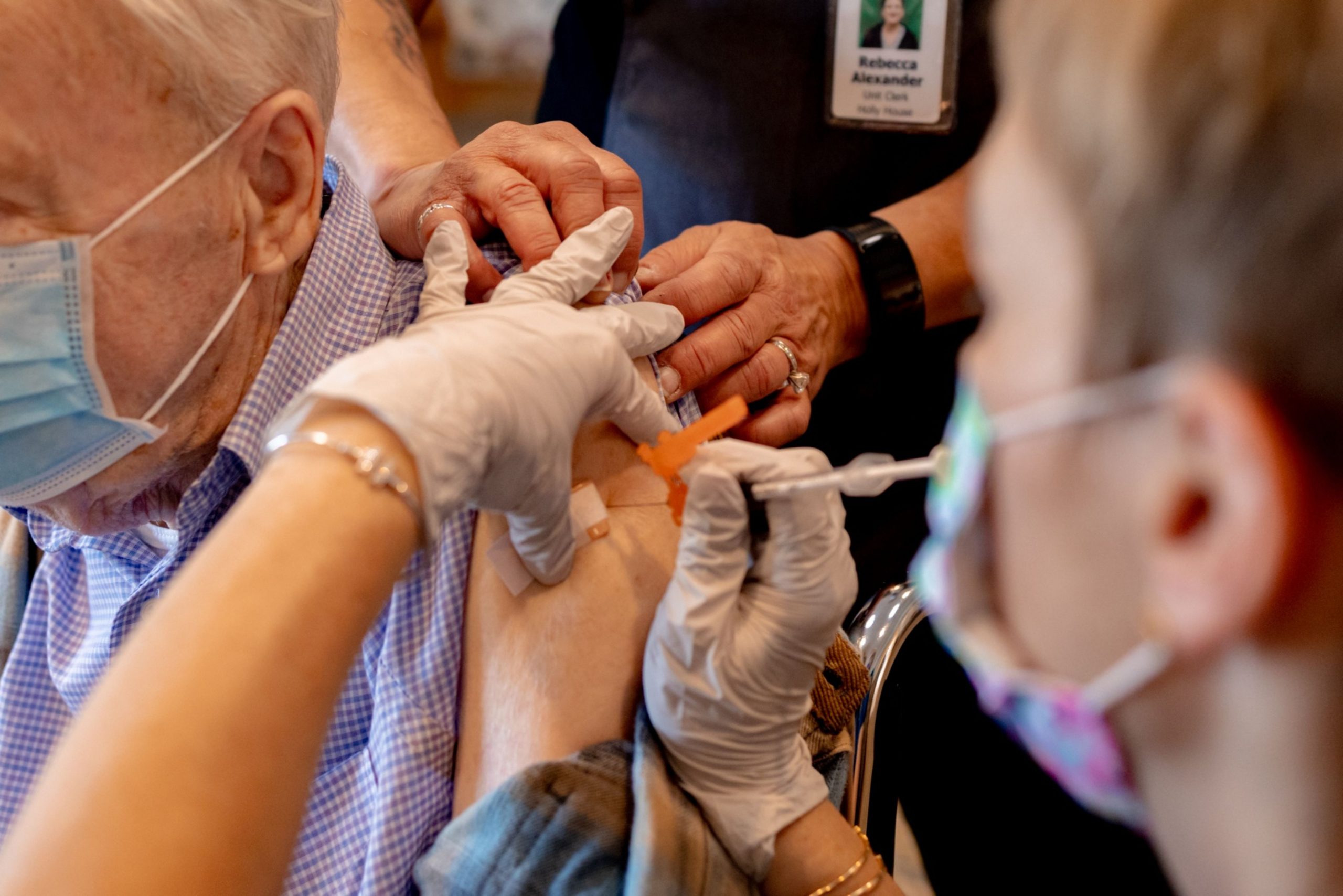 Immunity provided by the Covid-19 vaccine from partners Pfizer Inc. and BioNTech SE weakens significantly within months, with men having less protection than women, according to research that supports the use of booster doses.

Protective antibodies decreased continuously during the six months after the administration of the second dose of the vaccine, according to a study of about 5,000 Israeli health workers, published Wednesday in the New England Journal of Medicine. The levels fell first at a sharp pace and later at a more moderate one.

Researchers worldwide are trying to identify the critical threshold of antibodies needed to prevent coronavirus infection, severe illness and death, said Gili Regev-Yochay, one of the authors of the study. Such studies will help assess risk levels for various groups and the measures needed to protect them, the researcher said.

Antibody levels were found to be lower in older people than in younger, and in immunosuppressed individuals compared to the healthy population, according to the study from Sheba Medical Center in Ramat Gan. Men’s antibody counts were lower than those of women both at their peak and at the end of the study.

The research shows why there are breakthrough infections in individuals who have had two vaccine doses, Regev-Yochay said in an online press briefing. The U.S., which has restricted its booster recommendation to older people and other vulnerable groups, will likely follow Israel’s decision to offer a third dose to the entire population, she said.

“I would be more than surprised if we are not going to start to see a lot of breakthrough infections in the United States,” among those who have received just two doses, Regev-Yochay said.

The Israel findings were bolstered by a second real-world study from Qatar, published in the same journal, that found the efficacy of the Pfizer-BioNTech shot faded over a similar time period. Protection fell from 77.5% during the first month after the second dose to 20% in months five to seven after the second dose.

Still, the research found, prevention of severe and fatal infections remained strong throughout the study period, reaching 96% in the first two months after the second dose and persisting at roughly this level for six months.

“The data is consistent,” said Laith Abu-Raddad, a coauthor of the paper who studies infectious disease epidemiology at Weill Cornell Medicine-Qatar. “Protection against hospitalization and death is really strong and more durable than protection against infection.” Giving a third booster shot helps optimize the protection from the vaccine, he said.

Two other studies from Israel published in the journal also followed up on early reports of heart inflammation following vaccination. Cases of inflammation, called myocarditis, although rare, increased after the receipt of the vaccine, according to one study by the Israeli Health Ministry and Hadassah Hebrew University Medical Center, particularly after the second dose among young male recipients. While cases were usually mild, one was fatal.

Another study by the Clalit Health Services, the largest health-care system in the country, found that the estimated incidence of myocarditis was 2.13 cases per 100,000 persons. The highest incidence was among male patients between the ages of 16 and 29. Most of the cases were mild or moderate.  © 2021 Bloomberg L.P.

PrevPreviousChicago Marathon 2021: Route map and tips for spectators and participants — and how to drive downtown (or avoid it) on race day
NextFootball notes: Prolific receiver Nathan Atwell has been hard to miss, especially for his dad, Grayslake North’s coach. ‘It’s fun seeing him do well.’Next