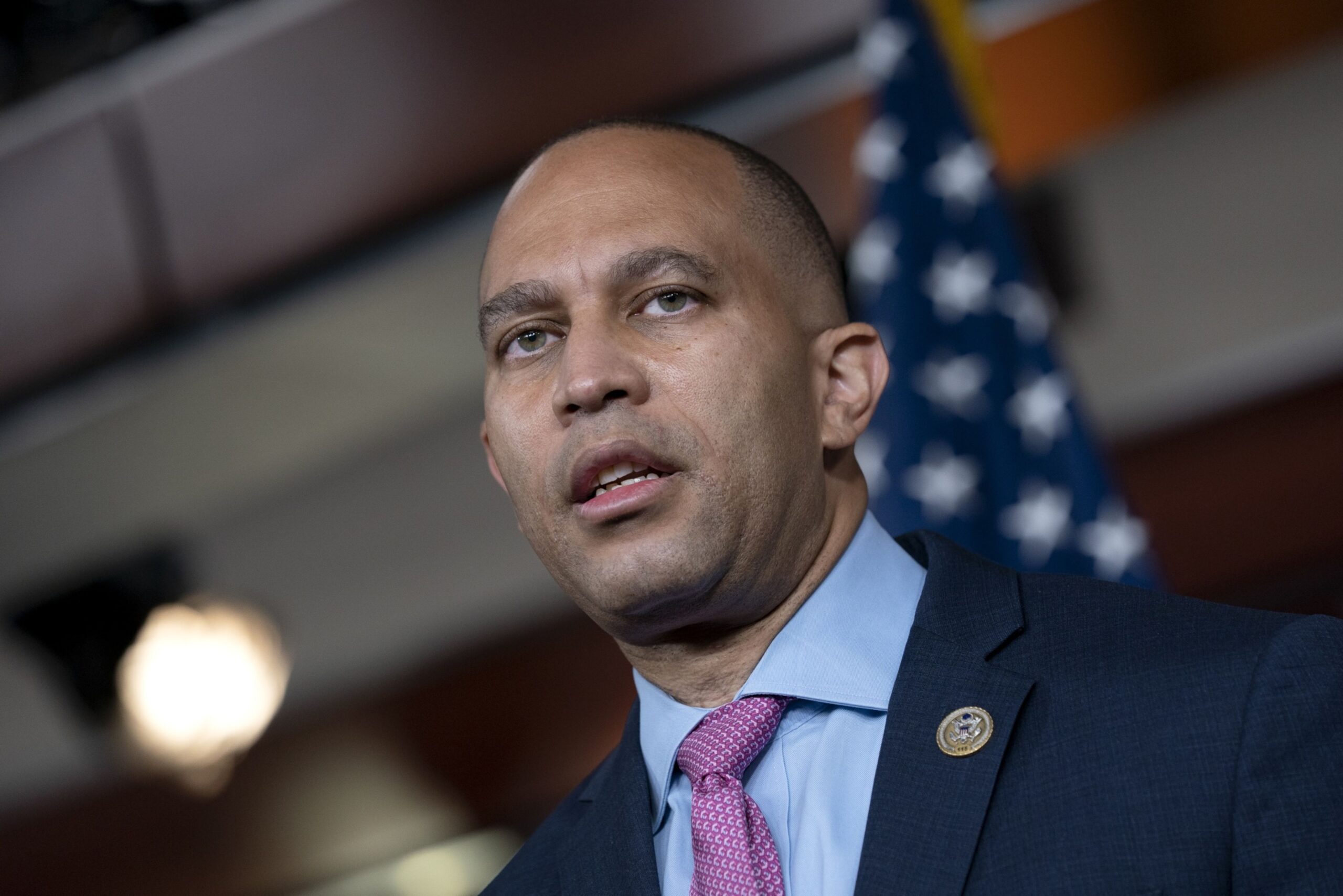 House Democrats quickly coalesced behind Brooklyn native Hakeem Jeffries as their next leader to succeed Speaker Nancy Pelosi after she announced on Thursday that she’s stepping down.

“He’s demonstrated the ability to listen, to lead, and to do so with effectiveness and empathy,” said Minnesota Representative Dean Phillips, who has among the Democrats pushing for a new generation of leaders that better reflects the party’s young and diverse voting base.

Jeffries, 52, would be the first Black party leader in Congress and long has been viewed as Pelosi’s heir apparent.

He hasn’t formally announced his candidacy for the top spot when Democrats choose their leaders at the end of the month. But Pelosi’s decision to step down while remaining in Congress triggered a cascade of changes at the top of the Democrats’ House hierarchy that cleared his path.

“Now is the time for a new generation of leaders, and I am proud to offer my strong endorsement to Hakeem Jeffries for Democratic Leader,” Hoyer said in a statement.

Representative Joyce Beatty of Ohio said she expects the influential Congressional Black Caucus, which she chairs, will fully support Jeffries as well.

Other Democrats expected to seek leadership roles are Massachusetts Representative Katherine Clark, 59, who is the chamber’s No. 4 Democrat; California Representative Pete Aguilar, 43; and Representative Joe Neguse of Colorado, who is 38. Washington Representative Pramila Jayapal, 57, the chair of the Congressional Progressive Caucus, also said she might seek a leadership post.

Jeffries was elected last week to a sixth term with more than 70% of the vote in his district, which includes parts of Brooklyn and Queens. Though some Democrats have expressed concern that the party needs to win back support from middle America, his ascent would put two New Yorkers at the Democratic helm in both chambers of Congress. Chuck Schumer is the Senate majority leader.

Once dubbed “The Barack of Brooklyn,” a reference to former President Barack Obama’s wide appeal, Jeffries often makes cerebral and scholarly arguments peppered with occasional pop-culture references. He has used lyrics from the late rapper and Brooklyn native the Notorious B.I.G. to make points on the House floor and in the first impeachment trial of President Donald Trump.

Social and economic issues have been a big part of Jeffries’ legislative repertoire, including housing and criminal justice. Although he is a member of the Congressional Progressive Caucus, Jeffries also has cultivated relations with business, including New York’s finance industry. He’s also had to smooth over tensions with the party’s most liberal members over defending moderate incumbents against progressive primary challenges.

He’s also been traveling to raise money and campaign for Democratic colleagues. He is expected now to be calling in some of those political chits.

Representative Matt Cartwright of Pennsylvania, who just won re-election in a district that favored Trump, called Jeffries a “close friend” and the “odds-on favorite” to succeed Pelosi. “He’s been a phenomenal caucus chair. I can’t think of a single misstep that he’s made. So I think he’s up to it,” Cartwright said.

Phillips, who’s been pushing for changes to internal party rules to elevate younger members, said Jeffries “represents not just our caucus but the United States of America in a really exciting way.”

–With assistance from Emily Wilkins.