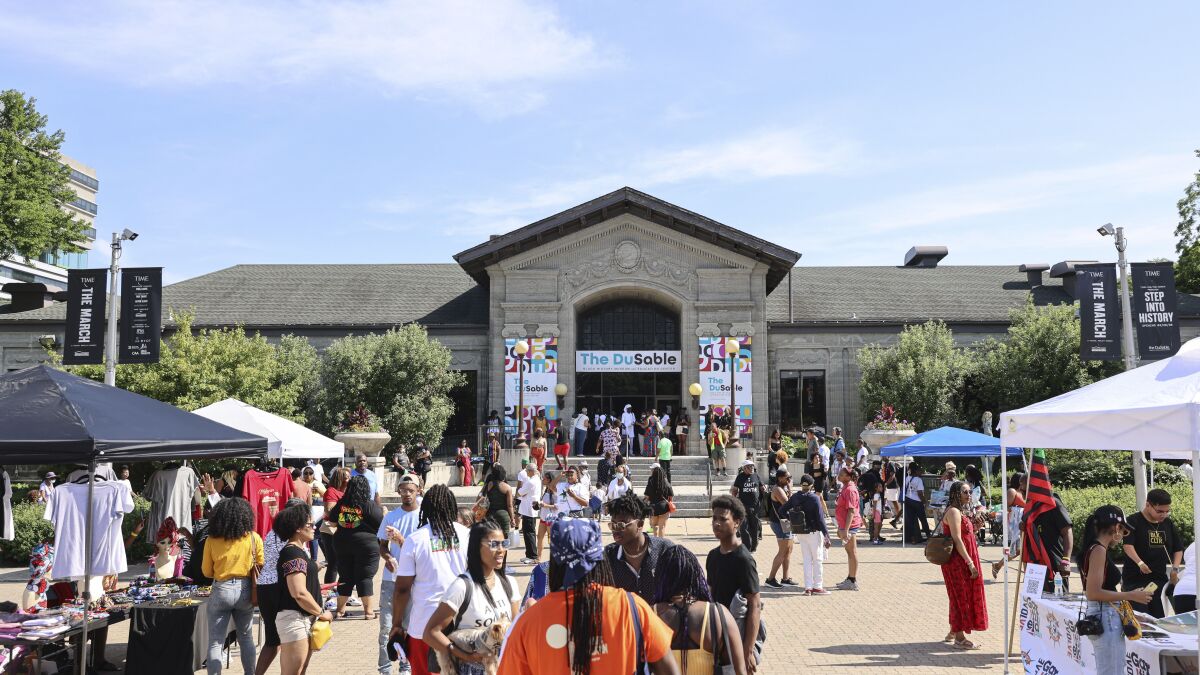 The DuSable Museum of African American History announced the name change as part of their Juneteenth kickoff on June 19, 2022.

The DuSable Museum of African American History is making changes, including an update to its name: The DuSable Black History Museum and Education Center.

Perri Irmer, DuSable’s president and CEO, said the name change was a way of showing the museum’s commitment to furthering education on Black history, art and culture, much like Margaret Burroughs strived for when she founded the museum in 1961.

These changes have been in the making for the past five years, as the museum was looking for ways to evolve as an institution and attract younger audiences to come by incorporating interactivity and technology to the exhibits.

The museum’s latest immersive exhibits and features, such as “Equiano” and “The March,” helped them reach younger audiences, especially during the pandemic when it had to shift to virtual exhibits and workshops. Irmer says this goal was achieved and brought to fruition in time for the first Juneteenth celebrated nationwide this year.

“We feel that it’s very important to teach young people about the history of Black people around the world,” Irmer said. “That history informs our current condition, and inspires action and needs for the future from a policy perspective that will improve the progress of equality and justice.”

In addition to the name change, the museum is expanding its education outreach by increasing the educational staff with community partners and doing more of the programming it already does, such as author’s talks and educational programming and curriculum surrounding Black studies.

Included in the museum’s education outreach is a plan to provide its resources to support Chicago Public Schools and colleges throughout the city in community education as Kim Dulaney, the vice president of education and programming at DuSable, saw community centers and churches in the city become an alternative source in education for supporting schools.

Dulaney said the museum’s goal is to be intentional about being a lead in community education and providing classes about Black history.