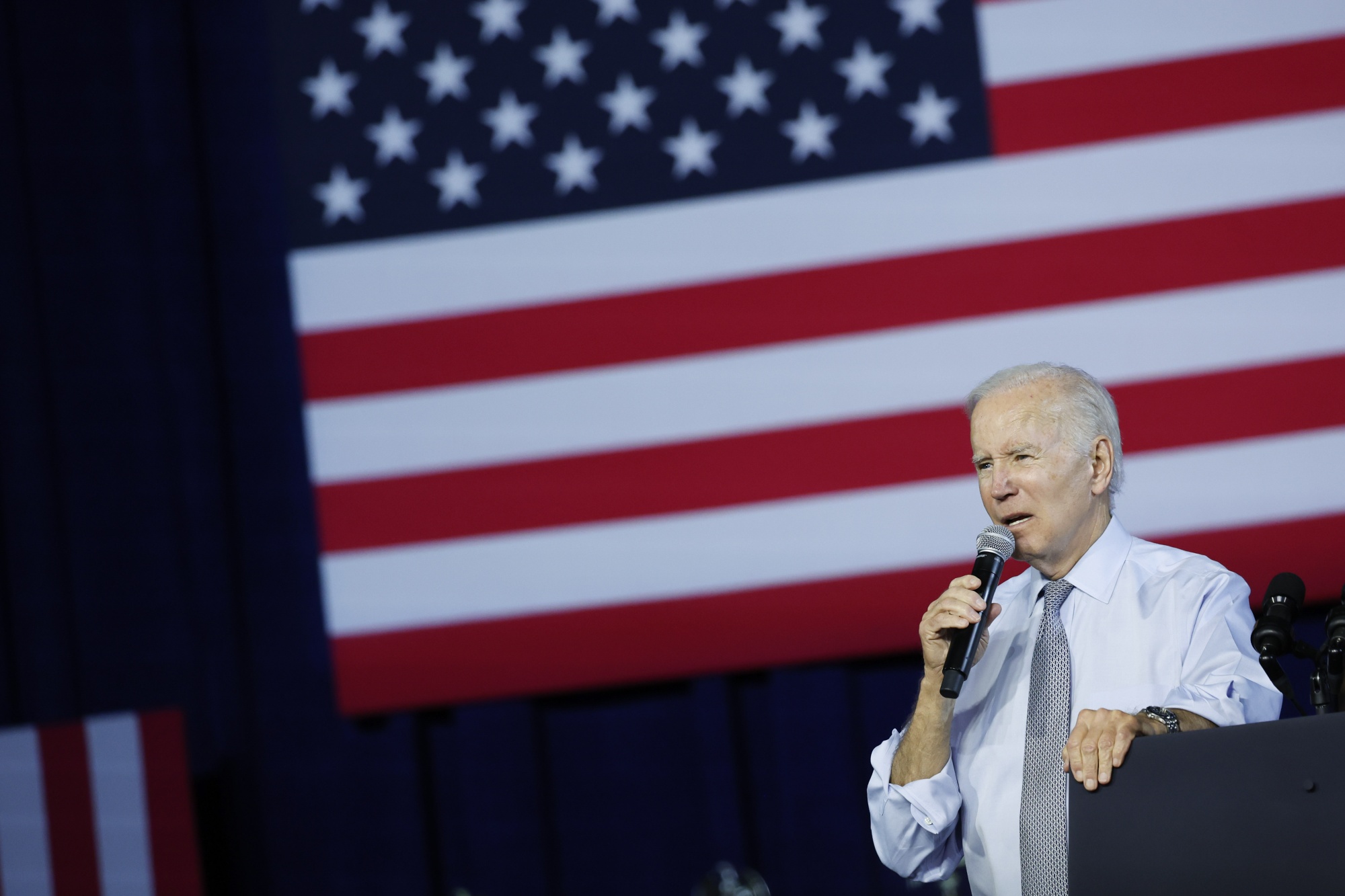 (Bloomberg) –A deeply divided US electorate delivers its verdict Tuesday on whether Democrats or Republicans have the right prescription to guide the nation through a bout of inflation, a looming recession and bitter splits on cultural and social issues.

Voters will decide control of Congress as well as state capitals across the country, but two politicians with the most at stake aren’t even on the ballot: President Joe Biden and his predecessor, Donald Trump, who suggested at a rally on Monday that he would announce his third presidential run next week.

With worries about the economy at the top of voters’ minds, Biden confronts daunting odds of staving off a Republican takeover of one or both chambers of Congress. That would stymie the rest of his unfinished agenda. For Trump, the election opens an opportunity to solidify his nativist ideology and election denialism in the GOP and pave the way for a comeback.

The final outcome may not be known for days or even weeks if races are as close as polls suggest and if losers challenge results. In several states, GOP nominees for top statewide offices are promoters of Trump’s false claims of election fraud. A flurry of pre-election lawsuits filed in almost three dozen states by Republicans and Democrats raise questions about virtually every aspect of voting.

More on the midterms:
US Economy on Election Day: Where It Stands and What It Means
Here Are the Most Consequential State and Local Ballot Measures
Biden Says House ‘Tougher’ to Keep Than Senate on Election Eve

The defining mood of the 2022 electorate is outrage. Democrats are angry about the Supreme Court’s decision overturning the national right to an abortion and Republicans still are waging a fight over the 2020 election and promoting conspiracy theories.

The extraordinary discontent and partisan enmity has deepened the peril to the nation’s democratic institutions. Lawmakers and other state and federal officials have received an unprecedented level of threats. Barely more than a week before the election, a hammer-wielding assailant fractured the skull of Democratic House Speaker Nancy Pelosi’s 82-year-old husband in their home. On the eve of the vote, Trump called Pelosi an “animal.”

Polling and historical precedent suggests voters will turn the House and potentially the Senate over to Republicans, forcing Biden to spend the remaining two years of his term defending achievements such as climate funding and student debt relief from GOP attempts to undo them.

Biden made a series of stops over the past several days from California to New York. But the president has traveled comparatively less in the run-up to the election than his two predecessors, due largely to his low approval ratings. On Monday, he acknowledged that it would be “tough” for Democrats to keep control of Congress.

Trump also has been on the road campaigning for candidates he’s endorsed, including a rally in Pennsylvania on Saturday that was as much about promoting his own political future as it was Republican Senate candidate Mehmet Oz.

Democrats are hoping anger over the Supreme Court’s June decision to end abortion rights will drive women and younger adults out to vote. They finished the campaign focusing on statements from some GOP leaders threatening cuts to Social Security and Medicare, cornerstone financial benefits for the elderly and middle-aged workers anxious about supporting themselves in retirement.

But Biden and Democrats have not mustered a unified, effective message on inflation, which is running at a nearly four-decade high and is by far the top issue for voters.

Republicans by contrast have zeroed in on the financial squeeze on Americans from the rising costs of groceries, gasoline and other goods. A series of interest-rate increases the Federal Reserve launched to try to bring inflation under control is starting to slow the economy, with the housing market grinding to a near halt. Big tech companies are announcing hiring freezes and layoffs, though a monthly Labor Department survey found businesses overall still added jobs in October.

Republicans need a net gain of only five seats to take control of the House, and nonpartisan forecasters anticipate the GOP will gain as much as 25, including some districts where Biden won in 2020. Senate control hinges on a handful of closely fought contests, including Georgia, Pennsylvania, Ohio, Wisconsin, Nevada and Arizona, with North Carolina, New Hampshire and Colorado also potential harbingers.

More than 40 million early ballots have already been cast, according the United States Elections Project.

Thirty-six states hold elections for governor, including contests in states that also have competitive Senate contests: Georgia, Wisconsin, Nevada and Arizona. Democrats are likely to flip governorships currently held by Republicans in Maryland and Massachusetts but Republicans are mounting a stiff challenge in Oregon, where Democrats have held the chief executive’s office for 40 years.

Abortion is on the ballot in five states. California, Michigan and Vermont voters are being asked whether they want to enshrine pregnancy termination rights into their states’ constitutions. In Kentucky, which has a ban on nearly all abortions, voters will decide a ballot question on whether state courts should be blocked from finding a right to an abortion within the state constitution. Montana has a referendum on enacting statute requiring doctors to attempt “life-saving care” for infants “born alive after an abortion.” Alaskans are being asked whether a state constitutional convention should be held, where the issue of abortion rights could be considered.

Five states – Missouri, Arkansas, North and South Dakota and Maryland – are voting on measures to legalize cannabis. There also are state initiatives on union organizing, the minimum wage and Medicaid expansion on ballots.