Honoring the Commitment for Justice for People of African Descent 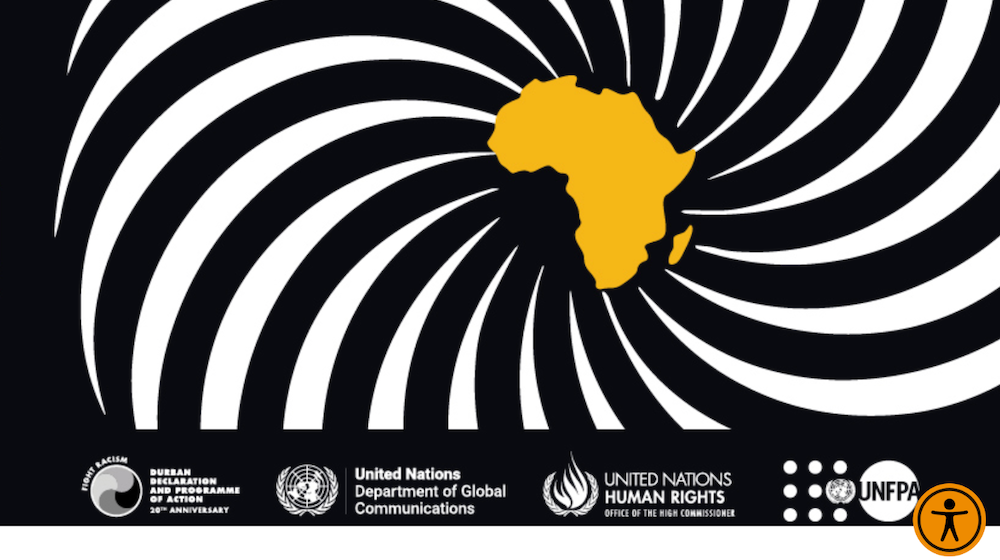 San Jose, Costa Rica _ The August 31 commemoration of the inaugural International Day for People of African Descent didn’t just pop onto the scene in 2021.

“It is a day to recognize how we have been able to progress,” said Costa Rica First Vice President Epsy Campbell Barr. “It is a day to honor the UN commitment to finding justice for the millions of people around the world who are lagging behind. They are living in poverty. They don’t have guaranteed rights. They don’t have clean drinking water. Some are victims of violence.”

Campbell Barr, who worked tirelessly to bring the inaugural conference to Costa Rica, said it was important to establish it permanently among annually celebrated UN international days.

The conference is attended by nearly 100 people in person and another 1,000 virtually from around the world. On the first day, several panels explored the basic issues that deny Afro-descendants their human rights including police brutality.

The facts about the contributions of people of African descent have often been left out of history books or distorted. And the history goes back to the active slave trade from the 17th to the 19th century.

“Let’s remember the untold waves of African men, women and children who were ripped from their homes and families and indiscriminately shipped across the Atlantic Ocean from the “Doors of No Return” of Goree Island of Senegal, Cape Coast Castle of Ghana and Ouidah of Benin,” said Dorothy Davis, the keynote speaker at the opening session on Sept. 1.

Davis, who was representing the Congressional Black Caucus Institute, pointed out that at the same time the slave trade was thriving, European countries introduced

That changed the shape and projection of African countries. “”They ignored the centuries-old cultures and socio-ecosystems our ancestors had established,” Davis said.

Africa and people of African descent around the world began pushing for respect and their human rights to be respected. “Today we honor the men and women who were involved in the fight for Civil Rights and against colonialism and apartheid,” she continued.

“They are all part of the historical lineage of unsung heroes and heroine brigades,” she said.

“This has been and continues to be our collective legacy of sustainable advocacy. She challenged the attendees to help build this legacy. “We owe it to our future generations if we are to eradicate enduring legacies of slavery, colonialism, apartheid such as racism and discrimination.”

Nearly 1.6 billion people, including nearly 200 million in the Americas of which 46.8 million people in the United States, identify themselves as part of the African Diaspora.

U.S. Rep. Barbara Lee introduced in the House of Representatives a resolution supporting the International Day for People African Descent.

Part of it reads that the House “condemns any doctrine of racial superiority as scientifically and empirically false, morally condemnable, socially unjust and dangerous to democracy everywhere and calls for its rejection, together with theories that attempt to determine the existence of separate human races.”

It makes note that “all humans are born free and equal in dignity and rights.” In addition, the resolution “condemns the continuing violent practices and excessive use of forcibly law enforcement against Africans and people of African descent.”

During the afternoon sessions, panelists from Brazil, Mexico, Colombia, Costa Rica, Jamaica, Uruguay, Honduras, Panama, Ghana, Argentina and Mexico among those attending said it was poverty that was the biggest issue facing their countries. And it is important to build better educational systems because it will help lift their respective countries out of poverty.

Panelists on the young adult panel said the biggest challenge is lowering the murder rate among young Black men.

“We don’t see young people active in government,” one young man said. He said it is difficult for Black men to start their own businesses.

There is little access to the internet, panelists pointed out. Barriers need to be lowered so people can get access to equipment and intergenerational dialogue can happen.

Panelists also talked about rebuilding the economies of their countries so everyone can benefit. And a panel of parliamentarians discussed how they pushed for better laws in their countries even though they were in the minority.

The countries have agreed to form an inter-institutional compact to accelerate the fulfillment of the rights of people of African descent. Going forward, this UN International Day will be celebrated annually around the globe by all Member States of the United Nations.

“We are working toward the same goals,” one parliamentarian said. “It’s important to build networks (with one another) so we can understand each other.

“We need to know what’s been done, what worked and what needs to be changed.”

The four-day conference ended with a Drum Dialogue ceremony for the recognition, justice and development of people of African descent. The event was a commemoration of the abolition of the transatlantic slave trade on the coast of Cahuita National Park in the town of Cahuita located in the Limon province on Costa Rica’s southern Caribbean coast. This is where it is estimated that in 1710 an expedition of lost Danish galleons was shipwrecked while transporting enslaved African peoples to the Americas. A re-enactment of the arrival of the slave ships coming to the shore was held. The commemoration was led by Vice President Campbell Barr, Dr. Natalia Kanem, Executive Director of United Nations Population Fund (UNFPA) and His Majesty Odeneho Kwafo Akoto III, King of Akwamu in Ghana.

In his remarks, King Kwafo Akoto said, “I take this opportunity to unreservedly apologize on behalf of my ancestors for the role they played in this evil (slave) trade. It fills me with great sadness to know that for whatever reasons our forebears were unable to protect our kinsmen from being so brutally treated…”

Referring to the millions of people of African descent around the world, he continued”…in spite of our troublesome past, opportunities abound…there is a growing call to harness our collective economic power to facilitate a network of targeted development.” 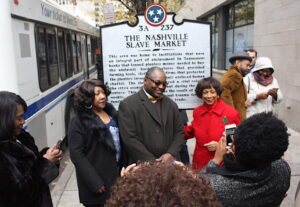