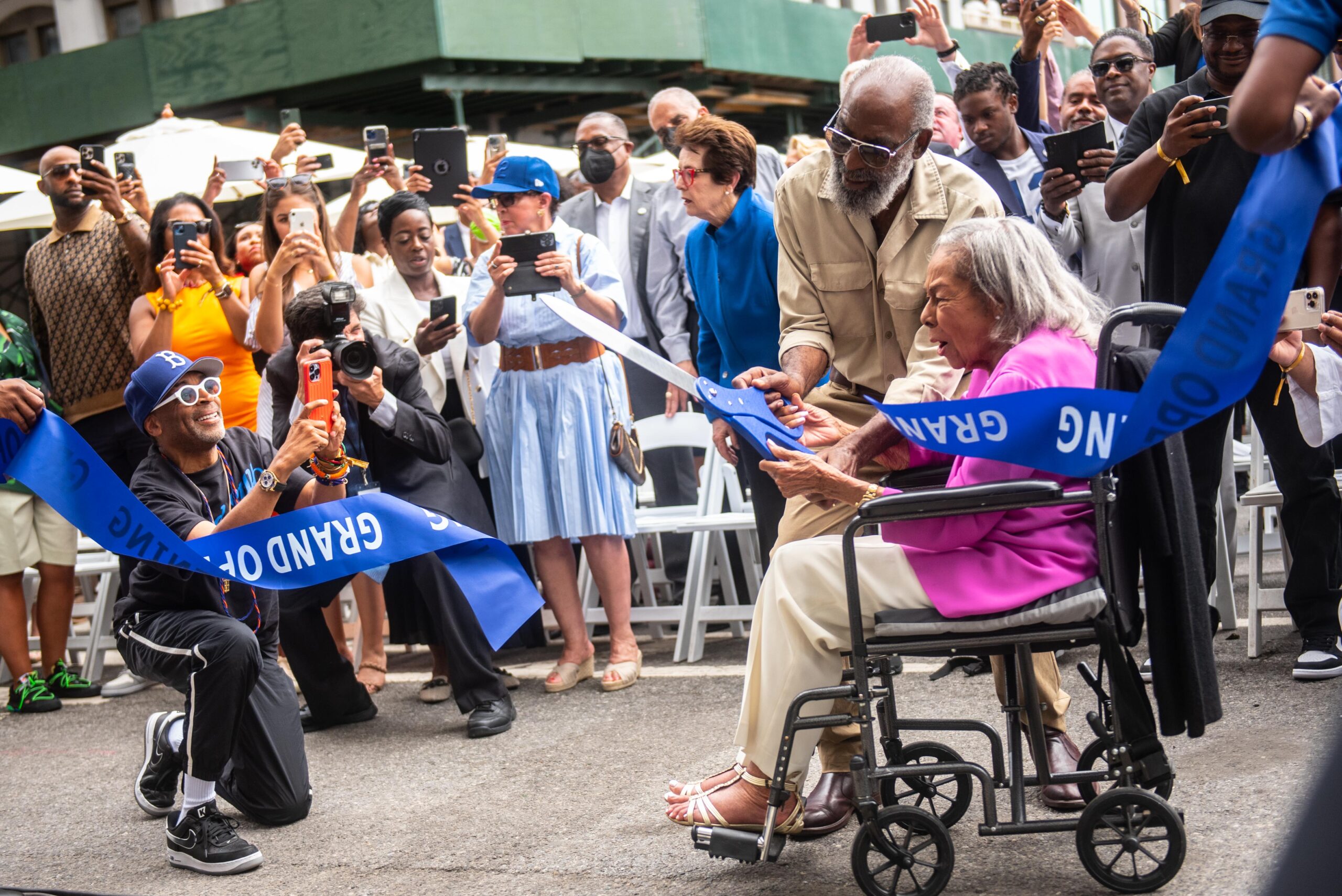 Under bright sunlight, Robinson’s window Rachel, who just celebrated her 100th birthday, cut the ribbon for the 20,000-square-foot Jackie Robinson Museum, culminating work that she began in 2008. The museum honors the legacy of No. 42, as the late Robinson has come to be known after his assigned Brooklyn Dodgers number.

Jackie Robinson broke the color barrier in Major League Baseball when he joined the Dodgers in 1947 and was active in the Civil Rights Movement. In 1942, while he was in the Army, he refused to move to the back of a civilian bus in Texas and was court martialed before being acquitted. When he tried out for the Boston Red Sox, neither the manager nor players showed up. Once he joined the Dodgers, he collected a parade of awards, including MVP and Rookie of the Year.

Robinson died of a heart attack in 1972 in Stamford, Connecticut.

“The Jackie Robinson Museum is the realization of a dream for my family,” said David Robinson, son of the baseball legend. “My mother has long hoped for a permanent space where people learn about the issues my father cared deeply about and the change he fought hard to affect.”

Robinson added, “We hope the museum will be a place to not only learn about his time in baseball and love of sports, but about all that he did to contribute to social progress. We expend our deepest appreciation to everyone who helped make this dream a reality.”

New York City Mayor Eric Adams referenced the American Dream while hailing the opening of the museum and Rachel Robinson’s diligence toward making it happen.

The 4,500-item collection includes his 1956 NAACP Spingarn Medal, a Dodgers uniform, his 1962 plaque from the Baseball Hall of Fame and his 1984 Presidential Medal of Freedom.