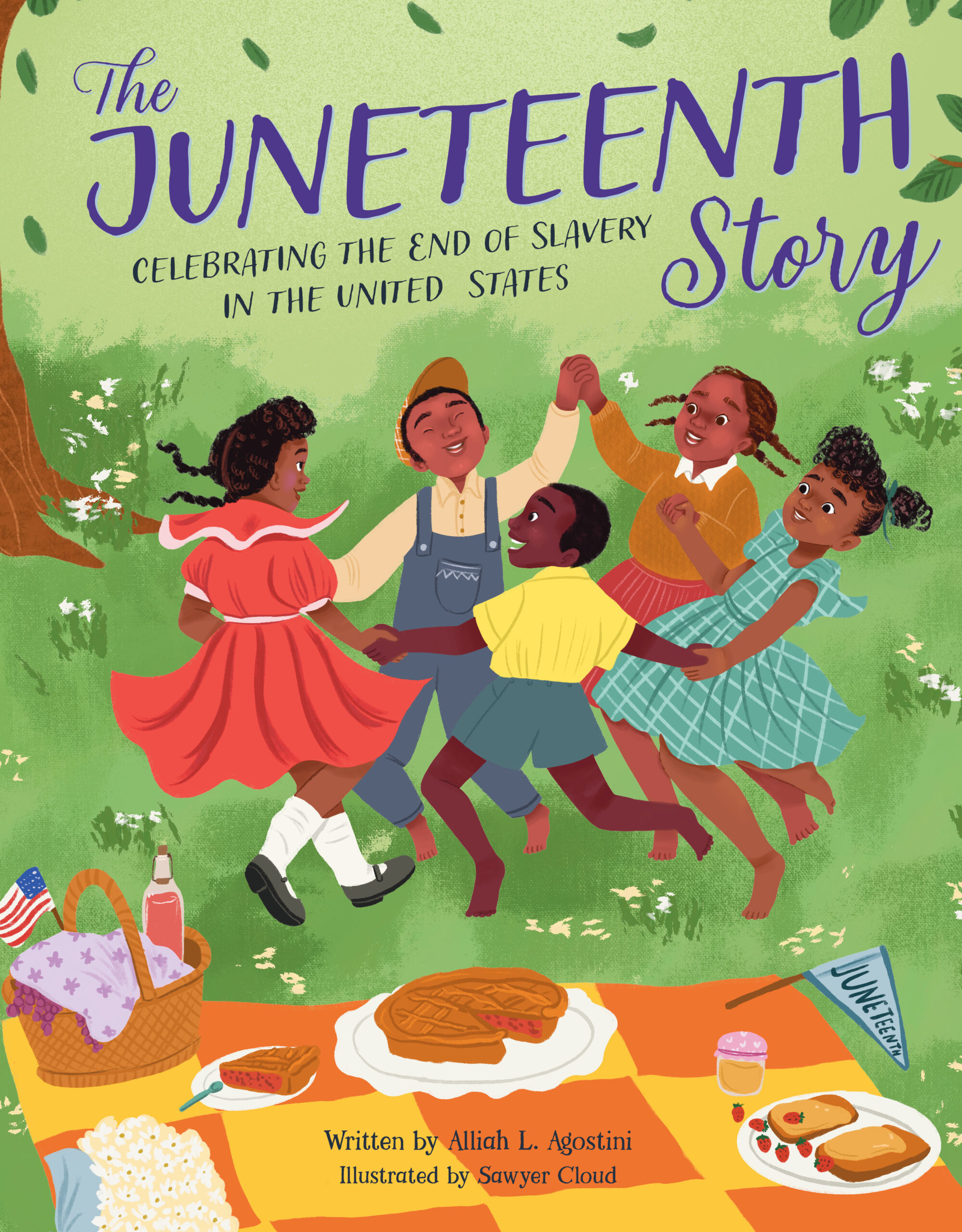 Looking for a way to share the story of Juneteenth with your family? Alliah L. Agostini of Montclair, New Jersey, has written an illustrated children’s book that explains the country’s newest holiday and why it is celebrated.

“The Juneteenth Story: Celebrating The End of Slavery in the United States,” is published by becker&mayer! books and is selling out in most places.

The story of its creation is a personal story for Agostini. Her grandfather, Judson Price, is one of the founders of the 46-year old celebration of Juneteenth in Buffalo, New York. Price, who is 91, will be featured on the “Sunday Morning” show on CBS on June 19, the day of the celebration and Father’s Day.

“I’ve been celebrating Juneteenth since I was a kid,” Agostini said. And people knew her grandfather “as Mr. Juneteenth because he wore his Juneteenth clothing year-round,” she added.

Hardback copies of the book, “The Juneteenth Story: Celebrating the End of Slavery in the United States,” have sold out in most places. Paperback copies may be obtained from Amazon. Some hardback copies may still be available in Barnes & Noble book stores and some local book stores which have waiting lists for the book.

She said she heard about the opportunity to produce a book about Juneteenth from her publisher. “I loved the idea of telling a factual story of Juneteenth. At this moment so many people are learning about Juneteenth for the first time.”

June 19, 1865 is the day nearly 200,000 Black enslaved people in Texas learned they were free. The announcement came to them nearly two and a half years after the Emancipation Proclamation was enacted in January 1863.

“I wanted to share a book that would be meaningful. Parents are learning about the holiday along with with their children,” she said. It is a read-out-loud, multi-generational picture book.

Agostini has shared the Juneteenth story in a webinar with Jack and Jill of America, with corporate America and during local book signings and readings. Agostini will also be in Buffalo this weekend for a book signing for the city’s annual celebration.

“I was honored to be on a virtual call with Opal Lee, who is considered the grandmother of Juneteenth,” Agostini said.

Lee started the celebration in Fort Worth, Texas, and walked to Washington, D.C., to push for the day to be a national holiday before it was signed into law in 2021.

Agostini said the holiday should be remembered throughout the year. “And this time of year, it leads up to Independence Day. It reminds us of the fight for freedom,” she said. “We should make a conscious effort to think about it all year long.”