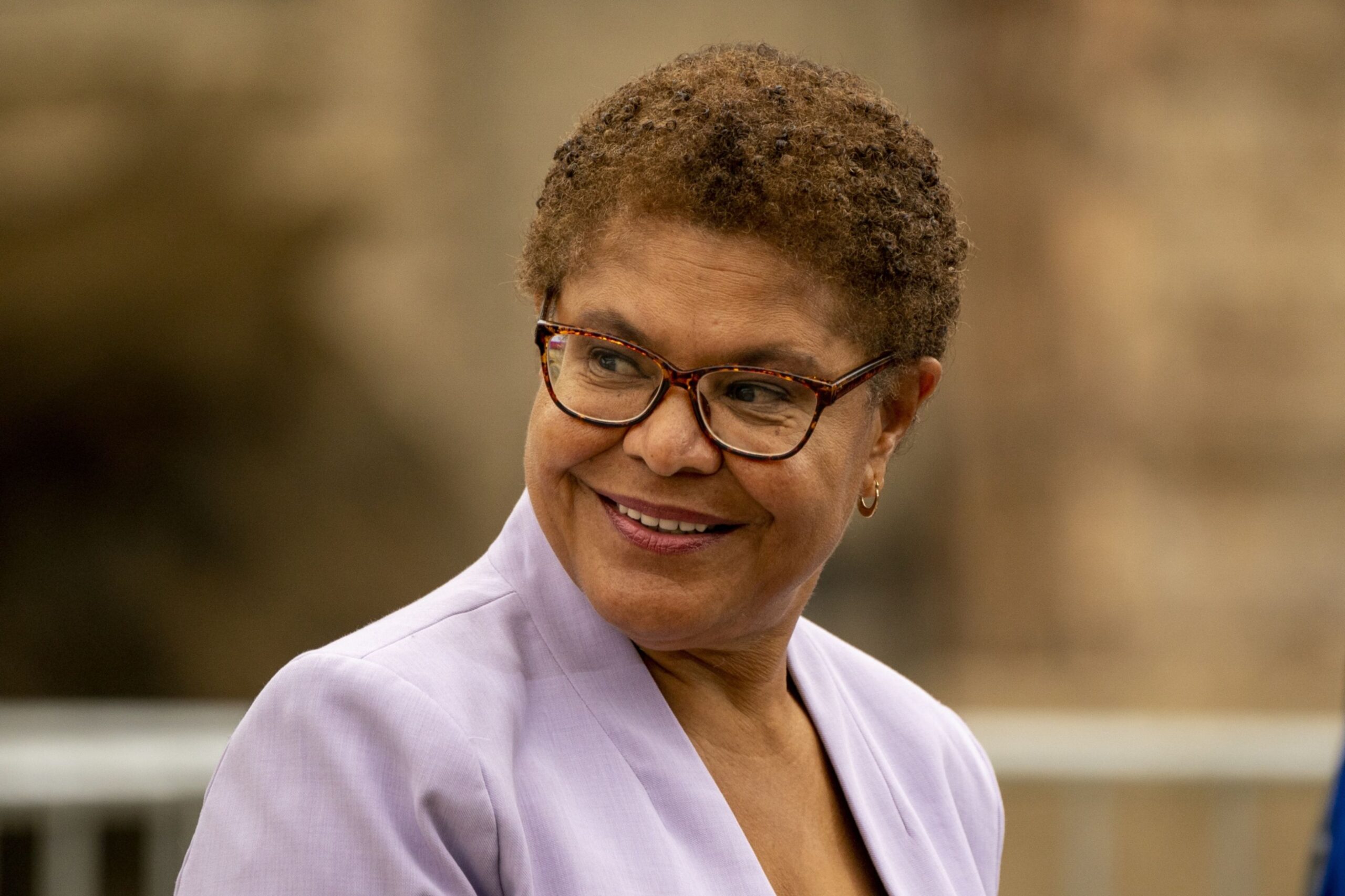 Bass led with 53.1% of the vote, compared with 46.9% for Caruso, according to the county’s registrar office. The Associated Press declared Bass the winner on Wednesday, ending more than a week of suspense since the Nov. 8 election.

Bass was working in her Los Angeles office when she found out the news. Caruso’s campaign said he was calling Bass to congratulate her.

The race was much tighter than expected as Caruso picked up steam in the final weeks of the campaign after spending more than $100 million, mostly of his own money, far more than Bass. Caruso, armed with a law-and-order message, wooed voters who are angry about the worsening homeless crisis, threatening to toss out a Democratic establishment that has ruled the progressive city for 20 years.

Bass “was able to hold on to the ruling coalition,” said Fernando Guerra, founding director of the Center for the Study of Los Angeles at Loyola Marymount University. “She represents the aspirations of Los Angeles. She represents how LA wants to view itself.”

Both candidates focused on the top two concerns for voters in the US’s second-largest city: a spike in violent crime and a worsening homeless crisis, with roughly 42,000 people living on the streets.

Bass ran on a platform that emphasized her beginnings as a community organizer and experience as a veteran legislator in Sacramento and Washington.

A longtime critic of the “defund the police” movement that swept parts of the Democratic party in 2020, Bass said she wants to move 250 cops to patrols from desk jobs, hire more civilians to take their place and build the force back to its authorized level of 9,700. The 69-year-old also pledged to shelter 17,000 homeless people in her first year. She plans to appoint a homelessness chief and end the encampments that plague the city.

Bass will take over from two-term Mayor Eric Garcetti and will be only the second Black person in the role, after Tom Bradley.

In her new post, she’ll confront a city grappling with renewed racial tensions after three Los Angeles City Council members were caught making racist comments in a leaked recording, leading to the resignation of its president. The other two councilmembers have refused calls to resign.

While Bass will likely find allies on the council, the role of Los Angeles mayor has less power than counterparts in other metropolises, such as New York. That could hobble her ability to briskly make changes. The city’s mayor, for example, lacks authority to greenlight construction projects, including homeless shelters, without approval by local council members — and operates alongside a separate county board of supervisors, who control most social services.

Caruso, 63, a developer of luxury malls and former president of the Los Angeles Police Commission, tapped into the anger and frustration over public safety, and even held a slight lead in early vote counting when polls closed. He promised to declare a homeless emergency on his first day in office and said he would use his skills as an executive to clean up the city. But critics seized on his past donations to pro-life Republican lawmakers and questioned the timing around his registration as a Democrat just weeks before announcing his candidacy.

“LA is still a very progressive city,” said Dan Schnur, who teaches political communications at University of California at Berkeley and the University of Southern California.

–With assistance from Christopher Palmeri and John Gittelsohn.