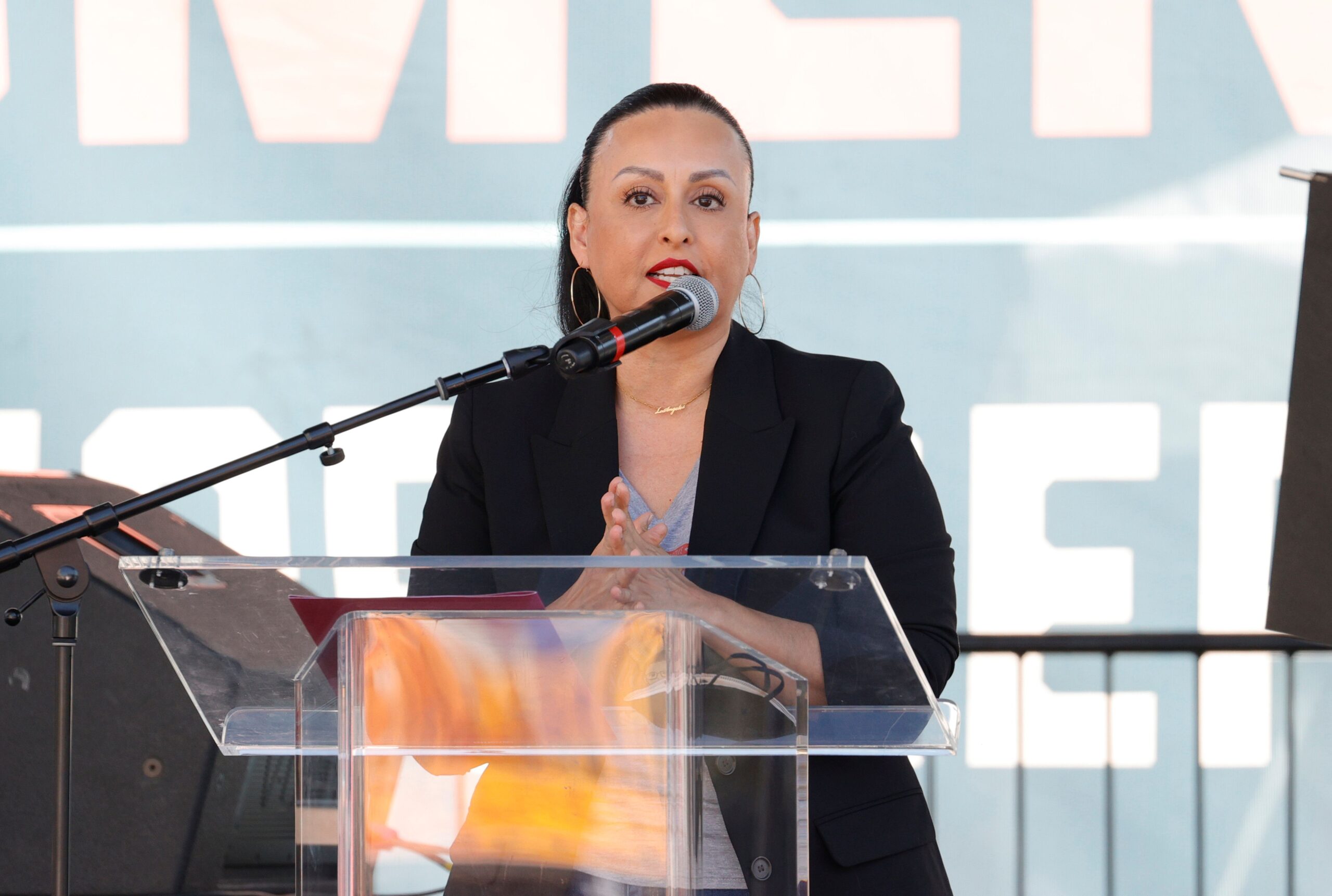 Los Angeles City Councilmember Nury Martinez resigned from her role as president of the body after leaked audio revealed she made racist remarks directed at a fellow council member’s Black son, sparking a public outcry.

“I take responsibility for what I said and there are no excuses for those comments. I’m so sorry,” Martinez said in a statement on Monday. “Effective immediately I am resigning as president of the Los Angeles City Council.”

The Los Angeles Times said it appeared she would remain a member of the council.

Councilmember Mike Bonin released a statement on Sunday calling for Martinez to be removed from office after the Los Angeles Times obtained a recording of a 2021 conversation involving Martinez and Councilman Kevin de León.

“We are appalled, angry and absolutely disgusted that Nury Martinez attacked our son with horrific racist slurs, and talked about her desire to physically harm him,” Bonin said in a statement on Twitter.

According to an account by the Times, Martinez said Bonin’s son “parece changuito,” which translates from Spanish to “looks like a monkey.” She also said the child was brought out by Bonin, who is White, as an “accessory” during a Martin Luther King Jr. Day parade, the newspaper reported.

Bonin has also called for the resignation of de León and two other officials who were part of the discussion: LA County Federation of Labor President Ron Herrera and Councilmember Gil Cedillo.

De León on Sunday issued a statement saying that he’s reached out to his colleague about his “wholly inappropriate” remarks. “I will hold myself to a higher standard,” he said.

Representatives for Herrera and Cedillo didn’t respond to requests from Bloomberg for comment.

A lawyer representing the LA County Federation of Labor said in a letter to the Times that the conversation was taped in violation of California’s privacy and recording laws.

The Times reported that the group was discussing redistricting maps and the need to reelect Latino councilmembers and ensure that heavily Latino districts didn’t lose economic assets.

The group mentioned Bonin’s son while discussing a dispute between two other councilmembers, who are Black, according to the newspaper.

(Updates with details of the comments in sixth paragraph)

–With assistance from Shiyin Chen.

PrevPreviousDenver students’ award-winning podcast elevates history and Black pride
NextOPINION: It’s time we ended the stigma – and tax – on periods for girls around the worldNext