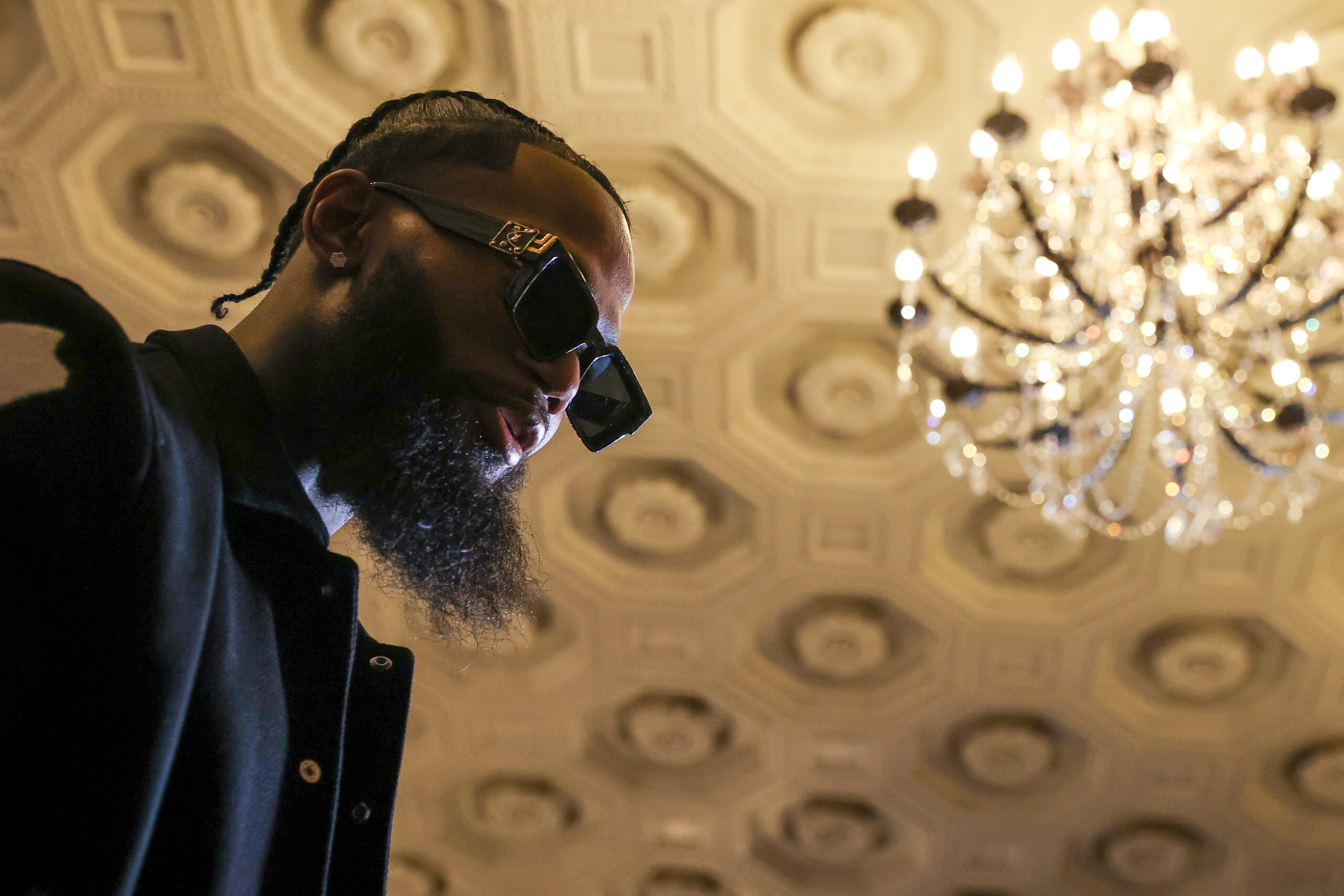 CLEVELAND, Ohio – From his unique name to his habit of wearing dark sunglasses at night, everything about Montana Love screams Hollywood, but there’s no place he’d rather be than his hometown of Cleveland, especially this weekend.

“This is something I dreamed about as a kid,” Love, a boxer, said about headlining in the city where ge grew up. “I’m looking forward to putting on a superstar performance.”

VIDEO: Montana Love and Stevie Spark to enter the ring on Saturday in Cleveland

Love (18-0-1) will be the main event on Saturday night when he defends his IBF North American super lightweight title against Stevie Spark (15-2) at Rocket Mortgage Fieldhouse.

“This is a tremendous fight,” said Matchroom Boxing promoter Eddie Hearn. “Montana Love is a great fighter with great character and a great personality. He’s someone I believe can win world titles.”

This isn’t the first time Love will fight at home. He last fought in Cleveland on the undercard of the Jake Paul vs. Tyron Woodley last year. But this time Love is the main event.

Fighting at home is even more special because Love’s boxing career was nearly derailed when he spent 16 months in prison on theft and drug charges. He’s since rekindled his career and a victory on Saturday will set him up for a major title.

But that wasn’t always the case.

Love’s mother died of colon cancer in 2015. He turned pro three months after her death and made his debut in Houston. After Love won by disqualification, the Houston police held a warrant for Love’s arrest. He was on the run from the law in Cleveland for grand theft of motorcycles, receiving stolen goods, misuse of a credit card, and deception to obtain prescription drugs.

The police in Houston were persuaded to allow him to fly back to Cleveland, where he would turn himself in. Love didn’t hold up his end of the bargain. He returned to Cleveland but stayed on the run.

Love was eventually caught and sentenced to 16 months. More pain was added to his circumstances when he couldn’t touch his toddler and daughter during a prison visit.

Physical contact is off limits between inmates and visitors at the Richland Correctional Institution.

“I couldn’t hug and kiss my kids,” said Love, 27. “I felt a rage because someone was telling me that I couldn’t touch my family. That messed with me. I decided I’d never be in this situation again.”

The time allowed him to reflect on his life and dream.

“I prayed for better days,” Love said. “Once I was released, I went back to the gym and stayed focused. I wanted a better life for me and my family.”

After his release from prison, Love won 10 straight bouts. He had a draw with Kenneth Sims Jr. for the vacant WBC Youth Silver Super Lightweight title. Since the draw, Love has won seven straight

“I told people in jail that I was going to be on TV and they laughed and blew me off,” Love said. “But those same guys are hitting me on Instagram saying that I’m doing what I said I was going to do.”

Now, Love’s doings also include mentoring youth from charitable endeavors in Cleveland to bringing kids into the gym to settle their differences with gloves instead of with tools from the streets.

“That’s what I like about Montana the most,” said his trainer, Terence Montgomery. “He does so much behind the scenes to help people. And look how he’s influenced this fight card that includes two more guys from Cleveland and guys from nearby Akron and Alliance.”