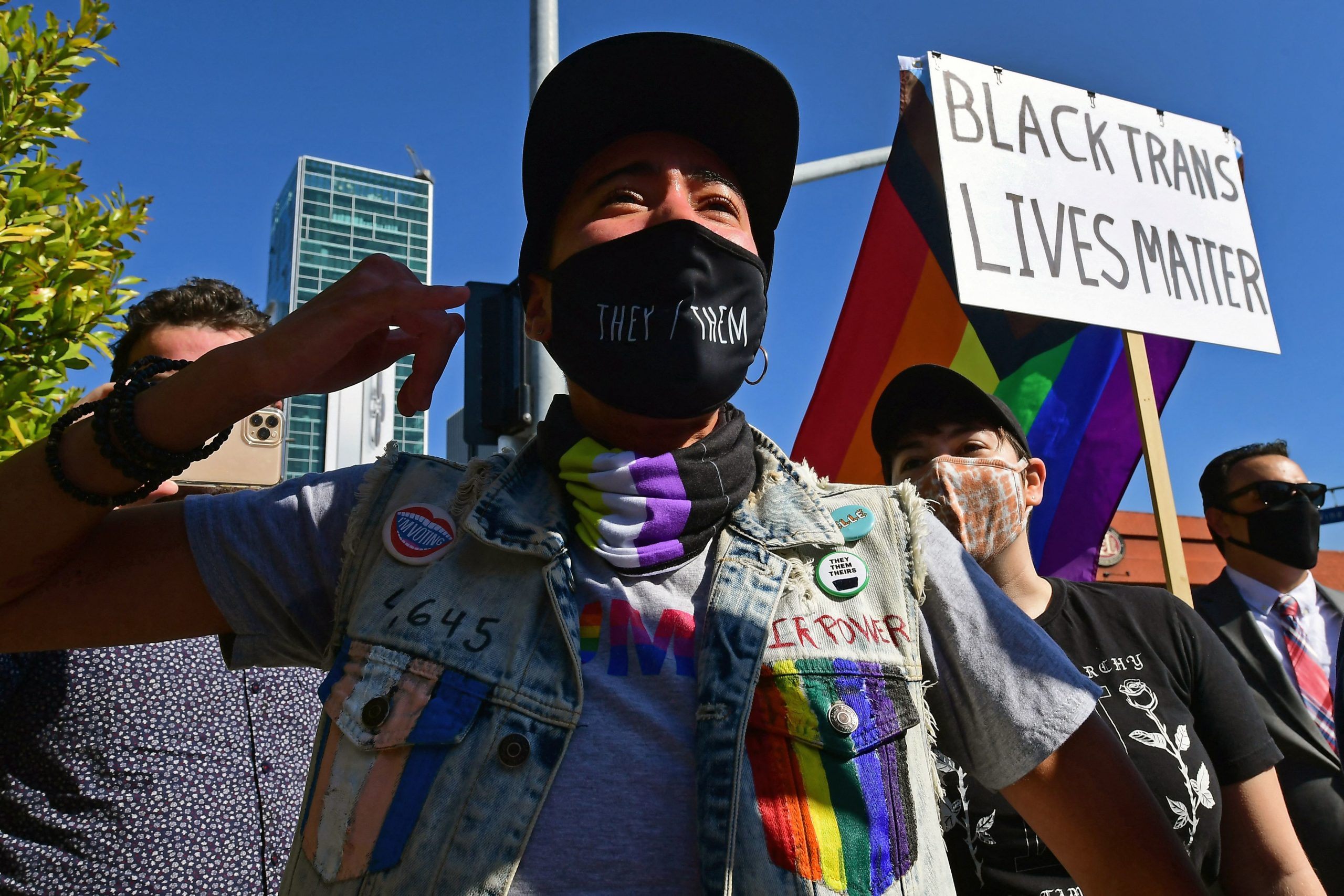 Netflix Inc. employees are walking out of the company’s Los Gatos, California, headquarters Wednesday to protest a controversial Dave Chappelle comedy special that featured jokes at the expense of trans people. A separate rally is also taking place in Los Angeles to support the worker-planned event.

By mid-morning a crowd of protesters and counter-protesters had gathered outside of a Netflix office on Vine Street in Los Angeles. The two sides were shouting over each other at times, with some chanting “trans lives matter’’ and others saying  “jokes are funny.’’

“I think it’s sad that Netflix doubled-down and fired a Black trans employee,’’ said Lily Weaver, who said she was there in solidarity with the Netflix workers. “That person stood up to them and we need change.’’ B. Pagels-Minor, a former program manager at Netflix who is transgender, told the New York Times on Tuesday they had been fired this week for allegedly leaking information to Bloomberg News.

They categorically denied leaking sensitive information to the press in the New York Times report. A Bloomberg News spokesperson said the company doesn’t discuss how it may have obtained confidential, newsworthy information.

“There’s a lot of things David Chappelle said that were very offensive,’’ said Joey Brite, a counter protester in attendance. “As a lesbian it was really hard to hear him talk about beating up a lesbian. But, he has a right. It’s comedy.’’

The company’s trans resource group organized the event last week amid an internal outcry over the continued release of programming they find hurtful and offensive. Netflix co-Chief Executive Officer Ted Sarandos has defended the company’s decision to air the special, stating in multiple memos, the platform would not remove it, denying that the jokes would lead to “real-world harm.” In a Tuesday interview with Variety, Sarandos said he “screwed up the internal communication,” adding, “I should have led with a lot more humanity.”

A Netflix spokesperson told Bloomberg News that the company values its trans colleagues and respects the decision of employees who choose to walk-out. The company also acknowledged it has more work to do within Netflix and in its content.

Employees have said they are not specifically asking for the special to be removed from the platform, but want acknowledgement of the content’s harm and more support for LGBTQ workers and talent. In a Medium post, Netflix engineer Terra Field, who had criticized the special on Twitter, listed a series of asks for the company, such as providing content warnings in front of its offerings that contain transphobia.

“Of course storytelling has real impact in the real world,” Sarandos said in the Variety interview. Members of both the Black @ Netflix and Trans* employee groups had previously met with company leadership to discuss another Chappelle special and to express dismay that the company continues to release programming with transphobic sentiments, a person familiar with the events told Bloomberg.

I stand with the trans, nonbinary, and BIPOC employees at Netflix fighting for more and better trans stories and a more inclusive workplace #NetflixWalkout https://t.co/LU8FPSBdwE— Elliot Page (@TheElliotPage) October 20, 2021

The walkout Wednesday will take place both virtually and in-person, a person familiar with the plans told Bloomberg. Those working from home will change their statuses on Slack and company profiles to unavailable.

The rally is open to the public and actors and celebrities who’ve worked with Netflix, including Angelica Ross, Jonathan Van Ness, Eureka O’Hara, Jameela Jamil and Colton Haynes, will appear in a PSA that will play during the event. The organizer will also present Sarandos with “a list of firm asks.”

LGBTQ activists and groups such as GLAAD, a media watchdog, have also criticized Netflix for the special.

As the #NetflixWalkout and Stand in Solidarity rally begin, GLAAD stands with and thanks the Netflix employees, allies, and LGBTQ and Black advocates calling for accountability and change within Netflix and in the entertainment industry as a whole. (1/4)— GLAAD (@glaad) October 20, 2021

(Updates with reporting from rally.)

To contact the authors of this story:
Mary Biekert in New York at mbiekert1@bloomberg.net
Christopher Palmeri in Los Angeles at cpalmeri1@bloomberg.net© 2021 Bloomberg L.P.