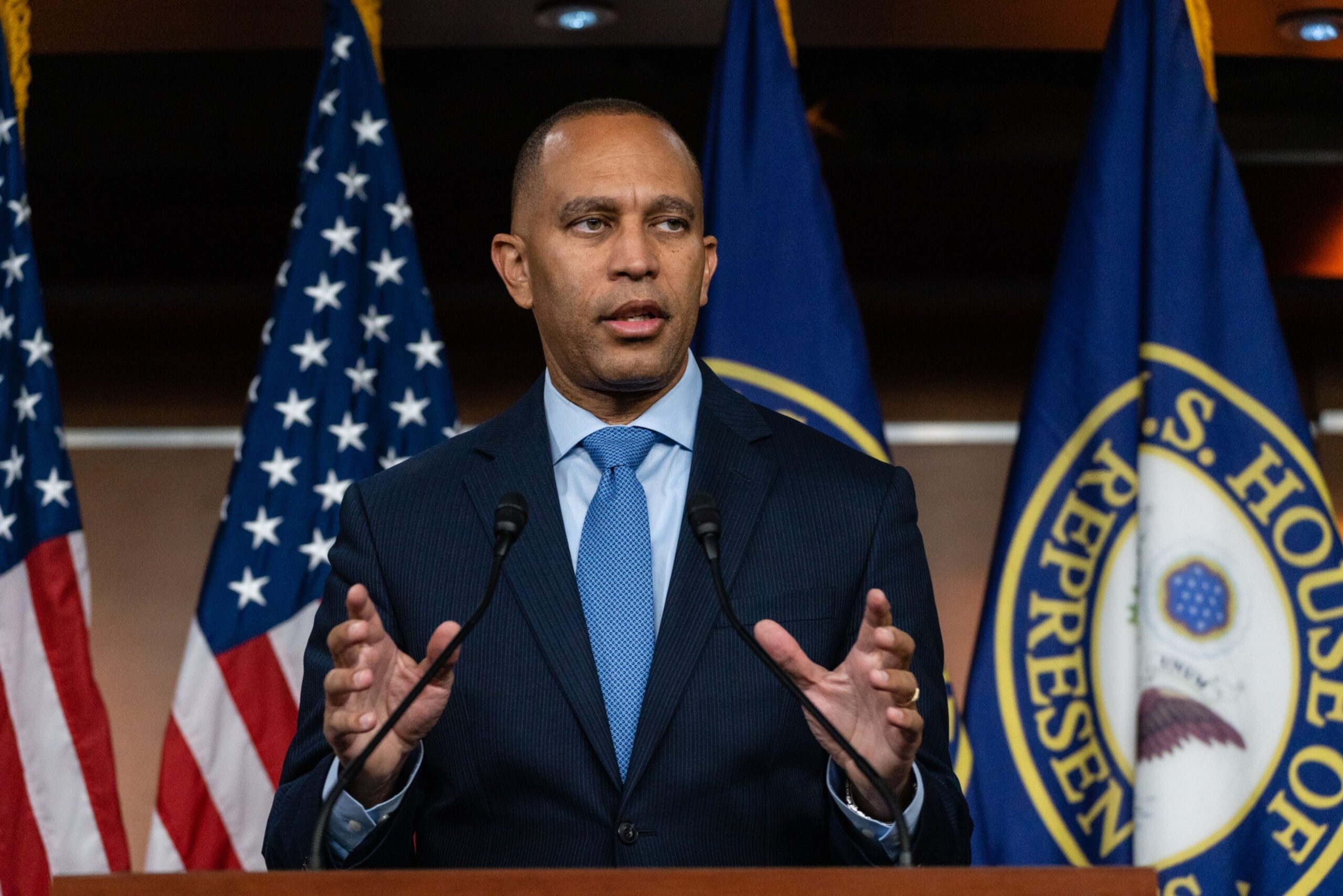 New York Representative Hakeem Jeffries on Friday formally put himself in the running to become the House Democratic leader as the party undergoes a historic generational shift.

Jeffries, 52, would be the first Black party leader in Congress and would succeed House Speaker Nancy Pelosi, who announced Thursday that she was stepping down after almost two decades as the House Democratic leader.

Jeffries would become House minority leader in the next Congress, after Republicans won control of the chamber in the midterm elections by the slimmest of margins.

Two other lawmakers are bidding to replace the party’s top leaders, who also are stepping aside to make way for younger lawmakers. Massachusetts Representative Katherine Clark, 59, has put herself in the running to be the No. 2 Democratic leader and California Representative Pete Aguilar, 43, announced he is a candidate for the third-ranking post.

Pelosi in a statement Friday backed all three lawmakers. “A new day is dawning — and I am confident that these new leaders will capably lead our Caucus and the Congress,” she said.

Majority Leader Steny Hoyer, 83, currently the second ranking House Democrat, and Majority Whip James Clyburn, 82, the No. 3 Democrat, both endorsed Jeffries for the top job. Clyburn announced Friday he was vying for the assistant to the leader post.

The selection process for Democratic leaders in the next Congress begins Nov. 30 and there has been no sign of a public challenge to Jeffries, Clark or Aguilar as Democrats rally behind them.

Jeffries, who long has been regarded as Pelosi’s heir in leadership, said in a letter to fellow House Democrats he would focus on taking back the House majority, “empowering” individual lawmakers and making security for them and their families a priority.

The mention of greater security comes on the heels of the attack last month on Pelosi’s husband, Paul Pelosi, at their San Francisco home, and what US Capitol Police say are rising threats on lawmakers.

Earlier: Democrats Rally Behind Jeffries to Succeed Pelosi as Leader

“When I initially sought the position of Chair of the House Democratic Caucus two terms ago, none of us could have predicted the challenges the American people would confront in the years to come,” Jeffries wrote. “Today, I write to humbly ask for your support for the position of House Democratic Leader as we once again prepare to meet the moment.”

Jeffries was elected last week to a sixth term with more than 70% of the vote in his district, which includes parts of Brooklyn and Queens. Although he is a member of the Congressional Progressive Caucus, Jeffries also has cultivated relations with business, including New York’s finance industry.

Minnesota Representative Dean Phillips, who has among the Democrats pushing for a new generation of leaders that better reflects the party’s young and diverse voting base, said Jeffries “represents not just our caucus but the United States of America in a really exciting way.”

Separately, Democratic Representative Pramila Jayapal has dropped her plans to run for a Democratic leadership post, instead mounting a bid for a second term as chair of the Congressional Progressive Caucus. She had told Bloomberg News in September that she was considering one of the “top” roles in House leadership.

Her decision comes just weeks after the caucus sent a letter to President Joe Biden asking him to negotiate with Russian President Vladimir Putin for an end to the war in Ukraine, causing an uproar within the party. Some of the signatories distanced themselves from it, saying it was drafted months prior and they no longer supported the stance. The White House has said that there would be no talks with Russia without a decision by Ukraine to pursue them.

Jayapal retracted the letter and said she took responsibility as CPC chair.

Democrats also are deciding on dates for filling top party posts on key committees, likely in early December. There are some competitive races for ranking member jobs on high-profile panels, such as Oversight and Reform. Some of those will be key counter-voices to an expected flood of GOP-led investigations of the administration of President Joe Biden.

–With assistance from Jarrell Dillard.

PrevPreviousWATCH: From homelessness to the endzone
NextAl Roker recovering after being hospitalized for blood clots: ‘I am so fortunate’Next