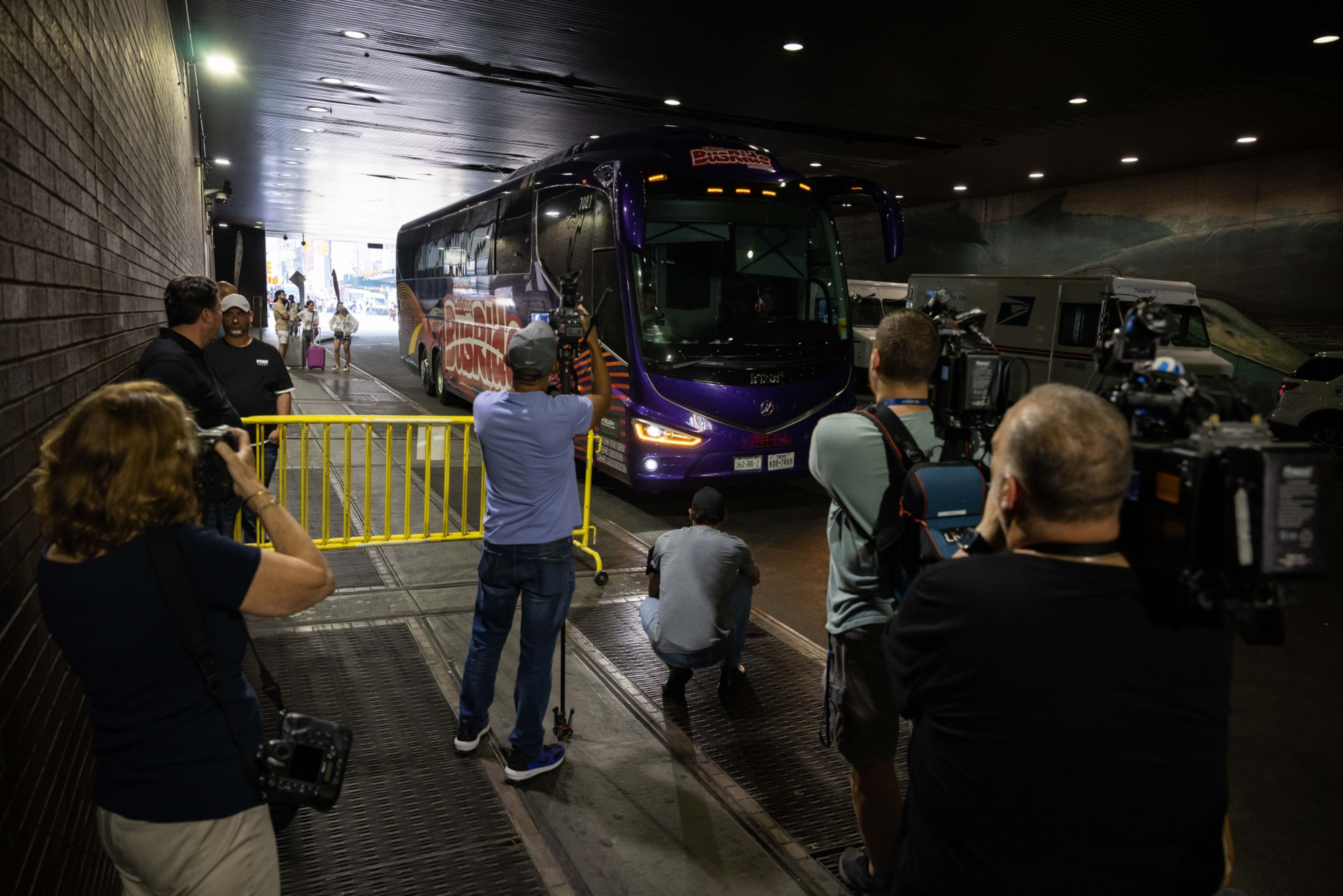 An asylum-seeker died by suicide in a New York shelter on Sunday, Mayor Eric Adams said, as the city faces an influx of migrants sent by Republican governors from other states.

The mayor said in a statement that the death “is a reminder that we have an obligation to do everything in our power to help those in need,” and pointed to a recently opened resource center that has mental health services as an option for asylum-seekers.

Adams said at a press briefing Monday that he was forbidden by law to go into further details but that the woman who died was a mother. He rejected the notion that the death represented a failure on the part of the city.

“A woman, I believe, was traumatized by this whole experience,” he said in response to a question about whether the city was to blame for the death. “The failure was the governors that sent people on a multiday bus ride without proper food, without medical care, without the basic necessities, telling them they had to be treated in this inhumane way. That’s the failure.”

New York and other cities are straining under an influx of hundreds of migrants sent by Republican governors. The city has been working to provide shelter and other services to the migrants, many of whom fled violence in Venezuela and other Latin American countries.

New York City estimates that more than 11,000 migrants have entered the city since the spring, and that around 8,500 are currently within the city’s shelter system.

Migrants and advocates for months have asked the city and the federal government for support in navigating the city’s shelter systems, fast-tracking asylum, and getting work permits and other legal aid.

New York is currently exploring whether it can use cruise ships to house some of the migrants, among other avenues to mitigate an already strained shelter system. Advocates say such a plan would do little to help the actual problems within the city’s shelters, where the average stay for a family is over 15 months.