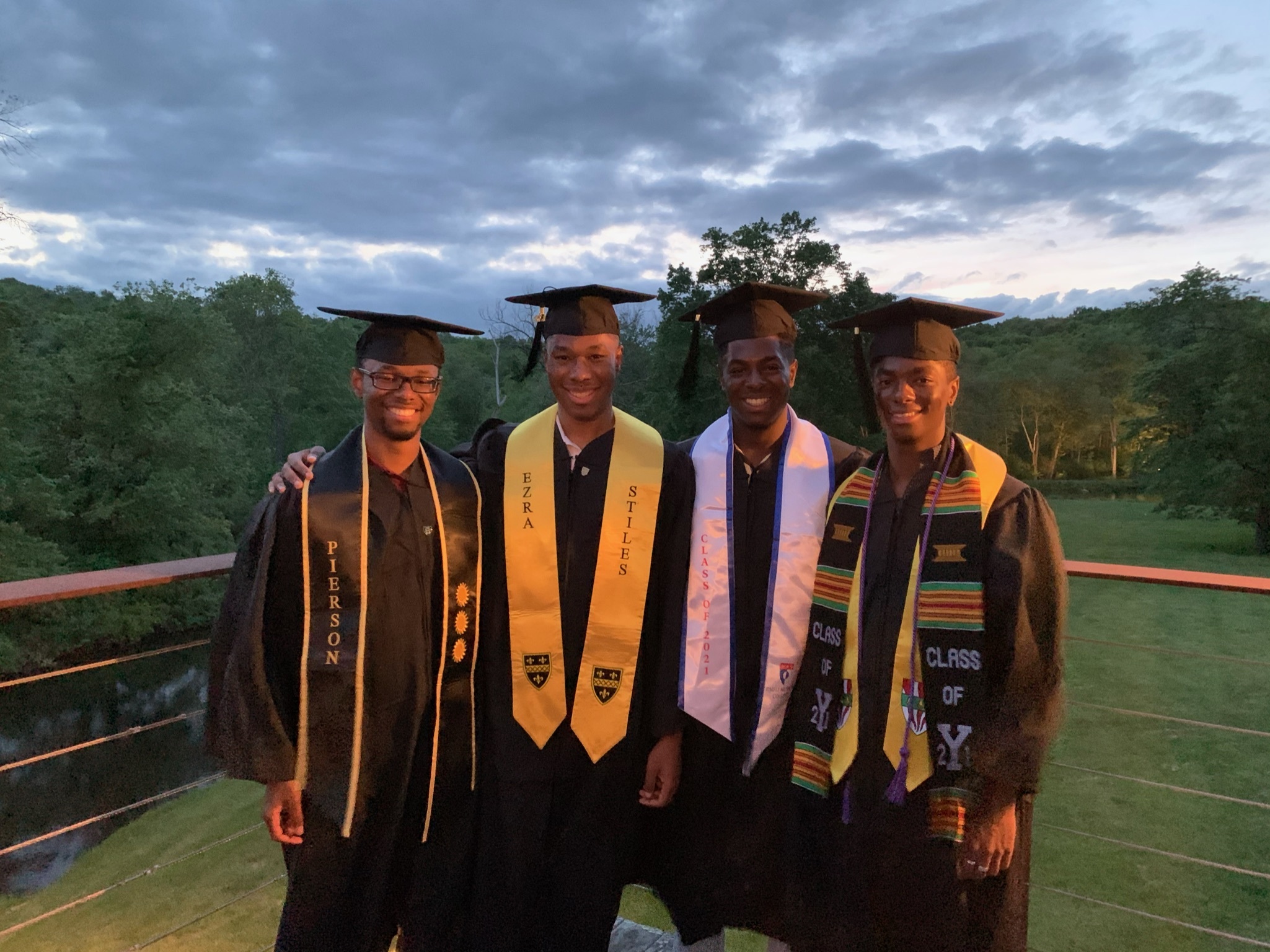 Having one child graduate from an Ivy League college would be any parent’s dream, let alone four children at one time. Ohio-born quadruplets Aaron, Nick, Nigel, and Zach Wade all graduated this spring from Yale University. Equipped with bachelor’s degrees and four years of experience, they’re moving on and ready to take the world by storm.

Throughout their college searches, the Wade brothers never planned on attending the same school. But after a collective total of 59 applications and acceptances to impressive schools such as Duke, Harvard, Vanderbilt, Ohio State, and Michigan State, Yale offered the most competitive financial aid, and the boys’ minds were set. They were off to New Haven, Connecticut.

Unlike many other twins who often have the same interests and do the same activities, the quadruplets always found ways to differentiate themselves from one another. This couldn’t be more apparent in the majors they took: Aaron double majored in computer science and psychology, Nick majored in political science with a minor in Arabic, Nigel was pre-med, majoring in molecular, cellular and developmental biology, and Zach double majored in chemical engineering and economics. The time to break out of the “Wade Quadruplets” label and reach their individual potentials was now.

The quads even made it a point to live in different dorm buildings, further exerting their independence from one another. In addition to this, they each participated in their own activities: Aaron was the musical director of the university’s a cappella group, Nick worked with refugees and immigrants, and Zach served as the president of the National Society of Black Engineers.

Surprisingly, the boys were so busy throughout their days of school, friends, and activities, they rarely saw each other on campus. “It was extremely rare to see each other. If I ran into one of my brothers or if I’d see him across the street, I would holler at the top of my lungs! It was so easy to forget that we all went to the same school,” Aaron said.

And Yale University officials couldn’t agree more. The University was thrilled to have the set of brothers succeed in their academic endeavors despite the pandemic.

“We welcome all 2021 Yale graduates to our alumni ranks and are delighted to have the Wades as our first quadruplet alumni,” said Weili Cheng, Executive Director, Association of Yale Alumni at Yale University. “We look forward to engaging them and their peers in the lifelong Yale experience.”

Four years later, the quads are out on their own, ready to start their next adventures with impressive opportunities. Nick and Zach are both working for Goldman Sachs, Nick in New York City and Zach in San Francisco. Nigel plans to stay in New Haven to participate in a Parkinson’s disease research program for the next two years. And Aaron, who took a semester off to work for Google, will be completing his senior thesis at Yale before working for Google full time in New York City.

Although the siblings will be scattered throughout the country, they’re comforted by the fact that they are always there for each other. “It’s a safety net that you already know is there,” Nigel said. “And you know you’ll always have people to support you. There’s probably no one else on the planet that understands me like my brothers. You know that there’s someone who’s going to be in your corner.”

Even before graduating from college, these four promising young men have already made waves. Equally as proud are their parents, who stay out of the spotlight to let their sons have their own identity. There’s no question that we’ll be hearing about their successes very, very soon.