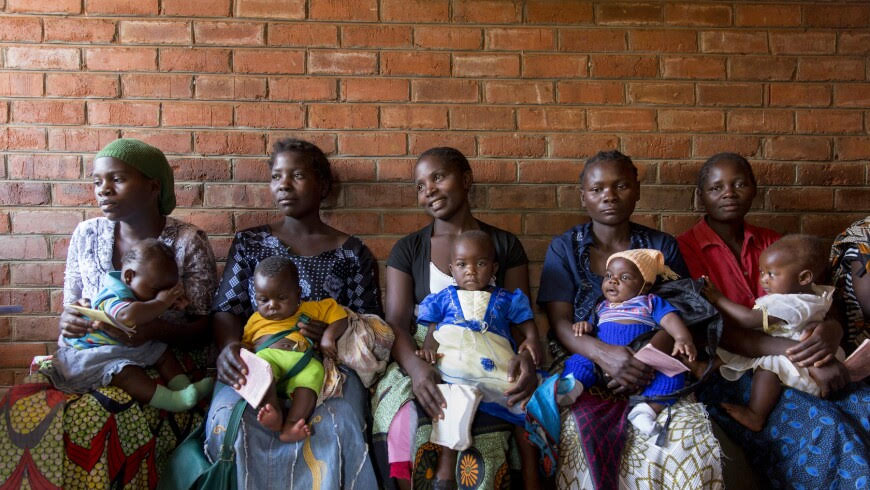 On this 40th anniversary of the discovery of HIV and AIDS, global organizations, public officials and advocates for patients of color were spending World AIDS Day increasing awareness and sharing good news about advances.

In 2021, world leaders under the United Nations umbrella agreed on a plan to attack HIV/AIDS that would eradicate it by 2030, said Winnie Byanyima, a diplomat and aeronautical engineer from Uganda who is executive director of UNAIDS, an advocacy and research organization that is part of the United Nations. But there is hard work ahead, Byanyima added.

“AIDS remains a pandemic, the red light is flashing and only by moving fast to end the inequalities that drive the pandemic can we overcome it,” she said.

AIDS-related deaths and new infections are becoming rare, “but that is only the case in some places and for some people,” Byanyima added, calling for better policies, technologies and community-based programs to fight HIV and AIDS.

The disease also continues to attack people of color disproportionately.

Two-thirds of the 37.7 million people in the world living with HIV are in sub-Saharan Africa, according to UNAIDS.

In the United States, Black people made up 13% of the population in 2018 – the most recent year for which such data is available – but 42% of the 37,968 new HIV diagnoses, according to the U.S. Centers for Disease Control and Prevention. Of the 1.2 million people who were living with HIV in the United States in 2018, 482,900 were Black, the CDC reports.

“We have so much more work to do,” read a World AIDS Day statement from the institute. “We must not think of the AIDS epidemic as some bygone, eradicated condition.”

The organization is calling for equal access to health treatment and improvements to the health-care system to better fight HIV and AIDS in the Black community. The organization also advocates for a national focus on comorbidities or underlying health conditions — such as COVID-19 — that might worsen a patient’s experience with HIV.

In the United States, organizations have been working to help fight the disparity.

SisterLove, a nonprofit based in Atlanta working to heighten awareness about Black women with AIDS, was working on its WomenNow! 2021 Global Summit, slated for Dec. 3-5 in Durban, South Africa. The heightened travel restrictions due to the omicron variant of the coronavirus prompted SisterLove to offer the gathering virtually. Registration is free. The conference also will be livestreamed on the organization’s pages on Facebook and YouTube and on the SisterLove website, with the program available via DropBox.

For World AIDS Day, the organization is encouraging advocates to support the group and purchase merchandise.

In New York City, the group VOCAL-NY planned an afternoon walk and town hall meeting to draw attention to a persistent cluster of Black men living with HIV in the Rochester and Buffalo areas — the largest such cluster in the state outside of New York City.

In a World AIDS Day opinion piece for Gay City News, VOCAL-NY co board member Reginald Brown wrote that he was one of the attendees at meetings convened by former Gov. Andrew Cuomo aimed at eradicating AIDS by 2020. From Brown’s viewpoint as a person who is HIV positive, homelessness is one of the most critical areas that needs focus in helping those dealing with the condition.

“It’s imperative the state lawmakers and the governor act now because too many people living with HIV outside of the five boroughs of NYC are unstably housed, at risk of losing housing, or without housing at all,” he wrote. “There’s no more time to waste.”‘