OPINION: One state’s journey to Juneteenth 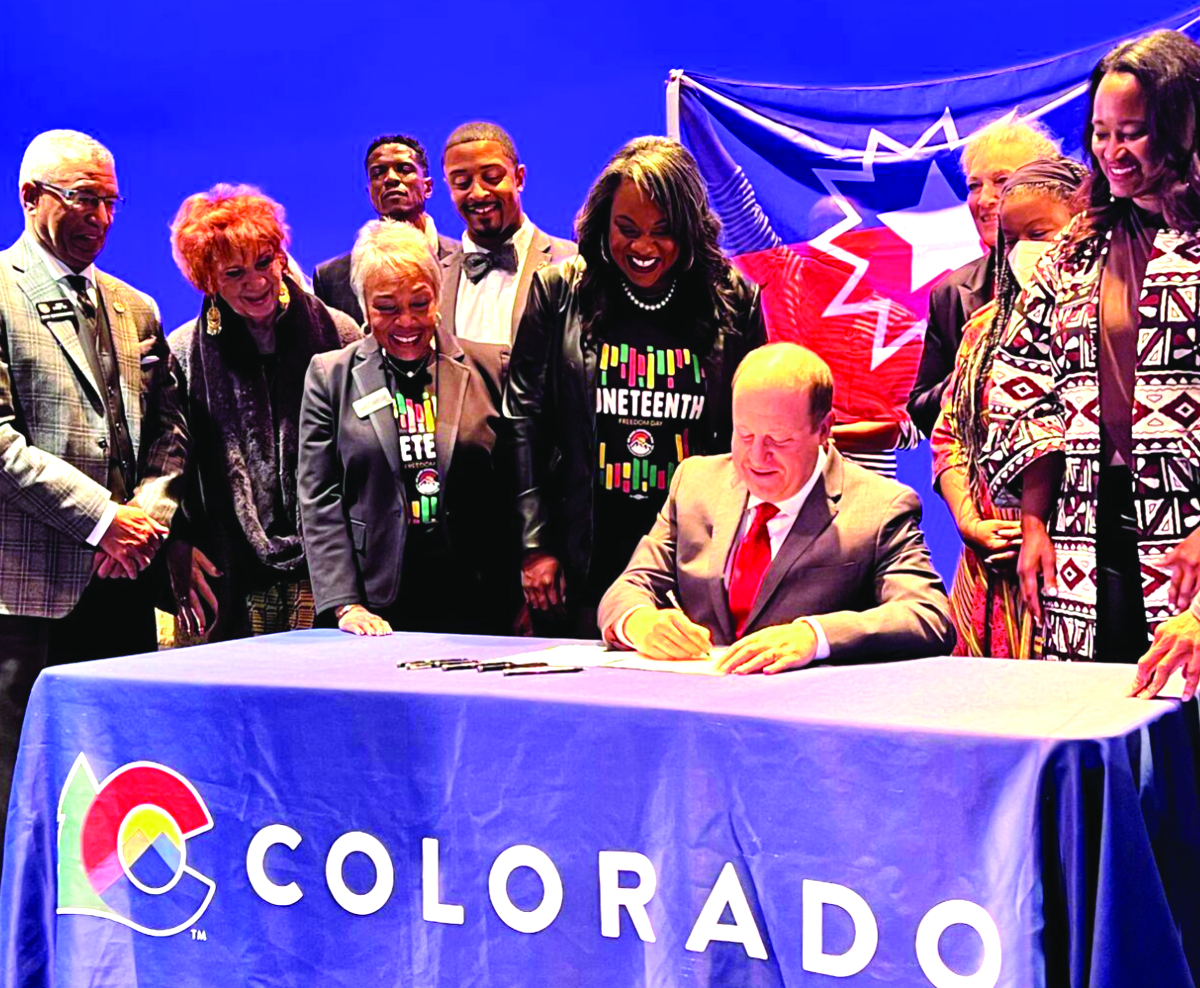 DENVER – On Monday, May 2, Colorado Gov. Jared Polis signed Senate Bill 22-139 officially making Juneteenth the 11th state holiday in the state. This history-making bill was signed just 10 months after the official federal holiday and more than a year after the City of Denver established Juneteenth as an official city commemorative holiday. It’s the first national holiday since Dr. Martin Luther King Day was created in 1983, which is just about in-sync with this celebration’s history of “after the fact-ness.”

“It’s about time we officially recognize Juneteenth in Colorado law;” Polis said during a signing ceremony that included dance and music performances. “Our state diversity is
our greatest power.”

“It’s long past time to make Juneteenth a Colorado state holiday,” said Sen. Janet Buckner,
D-Aurora, who helped spearhead the effort, no doubt reflecting on initial pushback
received from the statehouse because of a lack of funding.

“I am proud to champion this important legislation, which will help educate all Coloradans about the horrors of slavery, make space to celebrate the Black community, and lift up our ongoing work to make sure we don’t forget our past,” Buckner added.

Juneteenth, also known as Freedom Day and Emancipation Day, is the portmanteau of June and nineteenth, the date on which the holiday takes place, and is how this celebration started with the freed slaves of Galveston, Texas, more than 150 years ago, got its title.
Although the Emancipation Proclamation was announced to the freed, formerly enslaved
people in the South in 1863, the proclamation was not enforced in many places in the
South, including Texas. Once the Civil War ended in 1865, there were many enslaved
people who were unaware of what happened in the Civil War or the fact that they had been
freed.

On June 19, 1865, Union Maj. Gen. Gordon Granger arrived in Galveston with his troops and shared the news of General Order No. 3, which read in part, “The people of Texas are informed that, in accordance with a proclamation from the Executive of the United States, all slaves are free.”

The news was two-and-a-half years late.

The next year, the people of Texas began celebrating Juneteenth. Texas was the
only state to recognize Juneteenth as a holiday for a long while, but the celebration began to spread as Texans moved around the country.

Colorado Sen. Bill 139, which recognizes the holiday, passed the state House in a 61-2 vote
in April and the state Senate in a 32-1 vote in March. Three Republican lawmakers who
opposed the bill, Rep. Rod Bockenfeld, Rep. Kim Ransom and Sen. Jerry Sonnenberg did not explain the reason behind their no votes on the floor.

So, when Buckner said “…which will help educate all Coloradans…”, I do believe it is people
like these three representatives she was referring to, because what person living in this
country would not want to celebrate the freedom from racial oppression when this country
was built on those principles as well. Now that Juneteenth is a state holiday, students will learn about Juneteenth in class curriculums, which undoubtedly spark more conversations
to add the critical race theory into school curriculums. It doesn’t really make sense for
anyone in a teaching capacity to talk about the oppressions of a people in history in a
holiday context and yet still not recognize in-whole the damage slavery has done to this
country and the people who reside within. I believe certain people, like the representatives
that voted against this bill, are afraid that the real truth of the atrocities of slavery in this
country will be highlighted and it is a very embarrassing history. And as embarrassing as it
may be, there needs to be atonement for ALL those transgressions.

Having the federal, state and local governments recognize and create certain holidays that
speak to the atrocities that happen to a people are positive steps forward to healing and
change. However, as long as people in the high government positions continue to not see
the error in the history of this country, we still have a long road to travel.
When our ancestors in Texas were informed of being freed, they celebrated. Therefore, let’s do what they did and continue to keep their stories alive by spreading the message of the history and atrocities that happened to us as a people in this land until an atonement is
reached.

“We can now focus on building a legacy of acceptance, empathy and equality for all,” said
Norman Harris, president of Juneteenth Music Festival LLC. “We look forward to wishing
everyone a happy Juneteenth this year.”

So celebrate, be happy, be thankful, but people, my people, never forget.