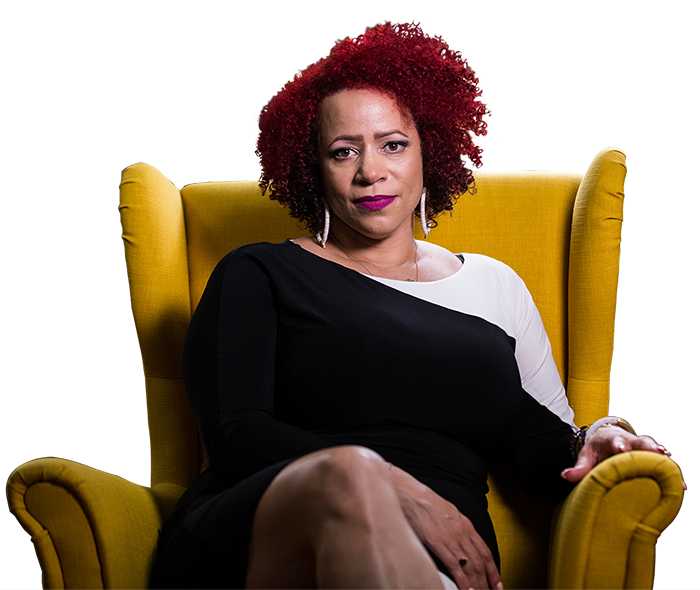 Nikole Hannah-Jones was relieved when it was all over. It had been an emotional time. Elation was followed by disappointment, politics and racism, then outrage and protests. Like most journalists, she probably didn’t care to be the focus of controversy and media attention.
Hannah-Jones’ experience with University of North Carolina Chapel Hill, her alma mater, was a messy affair.

The Pulitzer Prize-winning journalist was set to join the UNC faculty as Knight Chair for Race and Investigative Journalism at its Hussman School of Journalism and Media. However, her offer did not include tenure, a coveted status granted to all previous (and white) Knight Chairs at the school. That led to a contentious, months-long saga followed closely by the media.

Yet in a brilliant, agile pivot, when Hannah-Jones was finally offered tenure, she announced she had changed directions – her enormous talent now will be devoted to Howard University. That’s a big win for the historically Black college and a personal and professional victory for Hannah-Jones.

“I feel like I’m living my purpose,” the New York Times journalist said while announcing she’d turned down UNC and accepted a position with Howard.

There are key takeaways from this episode of Life as a Black Journalist and Black Woman. While we are familiar with many of the obstacles, it’s always good to be reminded.

Don’t overlook the powerful impact of racism. In 2020, Hannah-Jones was diligently recruited for the Knight Chair at UNC-CH. She had spent months working on her tenure package, fine-tuning logistics with supervisors at The New York Times, and finding housing in North Carolina. She crossed her t’s and dotted her i’s. However, when you are Black and a woman, racism can undermine your qualifications.

Don’t expect special treatment. No doubt, Nikole Hannah-Jones is a media star. Still, she didn’t expect or want special treatment; she just wanted the same respect that other Knight Chairs at UNC were given. Yet, as a Black woman and a Black journalist, she was not treated fairly. What implications are there for others who don’t have her recognition or her Pulitzer Prize?

Keep your support team at the ready. When the UNC deal began to falter, Hannah-Jones consulted attorneys, who told the school that she was considering a discrimination lawsuit. She also had the support of journalists, students, academics and millions more.

Pivot when necessary. Nikole Hannah-Jones finessed this point and won the game.

Be resourceful. When it was clear that the situation was not evolving in a satisfactory manner, she called on her resources to help establish the program she desired and deserved at Howard so she could share her talent with Black students. She already had contacts at the MacArthur, Ford and Knight foundations.

Always have a backup plan. Though she endured indignities and disappointment, Hannah-Jones did not take to the media to complain. Rather, she took action and crafted a plan that likely will prove to be better and more personally satisfying than her original option.

It all started in summer 2020, when Susan King, the dean of UNC’s journalism school, recruited Hannah-Jones. Then Walter Hussman Jr., a conservative publisher who pledged $25 million to UNC’s journalism school that now boasts his name, expressed his concerns about the journalist’s work on the 1619 Project. The lauded project traced the legacy of American slavery using essays, photography and podcasts. Hannah-Jones, who conceived the project, won a 2020 Pulitzer Prize for commentary for her introductory essay.

It was reported that Hussman sent multiple emails to university officials expressing his reservations about Hannah-Jones. He also did several interviews “disparaging her as a professional and a person.”

His words and actions incensed me and undoubtedly pained Hannah-Jones. Donald Trump slammed the 1619 Project and signed an executive order to establish a 1776 Commission “to promote a patriotic education.”

As Hannah-Jones’ start date approached, UNC’s leadership cut communication with the MacArthur Foundation “genius grant” winner, leaving her hanging in the dark for weeks as the world also awaited the outcome. Finally, on June 30, the UNC Board of Trustees voted to grant her tenure for the position she was scheduled to start on July 1. Student body president and trustee board member Lamar Richards called the emergency meeting to force a vote.

By then Hannah-Jones was disappointed, disgusted and had expanded her horizons. She turned UNC down and expressed gratitude to Richards and other students and supporters at the university.

While UNC toyed with her emotions, employment and future, this dynamic, talented and resourceful woman, then pursued by numerous prestigious universities, pivoted and accepted a tenured Knight Chair in Race and Journalism with Howard University’s Cathy Hughes School of Communications.

Being resourceful and connected, she worked with respected author and journalist Ta-Nehisi Coates, a Howard alum, and the university to secure $20 million to fund her chair but also a position for Coates. The funds also will be used to establish the Center for Journalism and Democracy at Howard to train aspiring journalists.

When I heard about Hussman’s interference, I knew it would not turn out as Hannah-Jones originally expected. Yet, she did not miss a beat. Her deft pivot is representative of the agility with which Black women in general must live our lives if we are to be successful in our career endeavors while also taking care of families and maintaining our sanity and self-respect. It is fitting that Hannah-Jones greatly admires Ida B. Wells, the courageous post-slavery journalist who crusaded against lynching. She calls Wells “my spiritual godmother.”

We all can empathize with Hannah-Jones when she expressed that she was tired of having to prove herself, that “I’ve proven all that I’m going to prove.”

Why do we as Black women and Black journalists and Black people have to constantly prove ourselves? Why can’t our work speak for itself? For Hannah-Jones, what is there to prove beyond excelling at one of the most respected news organizations in the world, being awarded the top prize in her profession, and earning a MacArthur “genius grant”?

Hannah-Jones has nothing to prove to anyone. She says she has always wanted to help in the development of Black journalists and contribute to Black institutions. She is now in position to accomplish that life goal.

Lynn Norment is a former editor at Ebony Magazine.