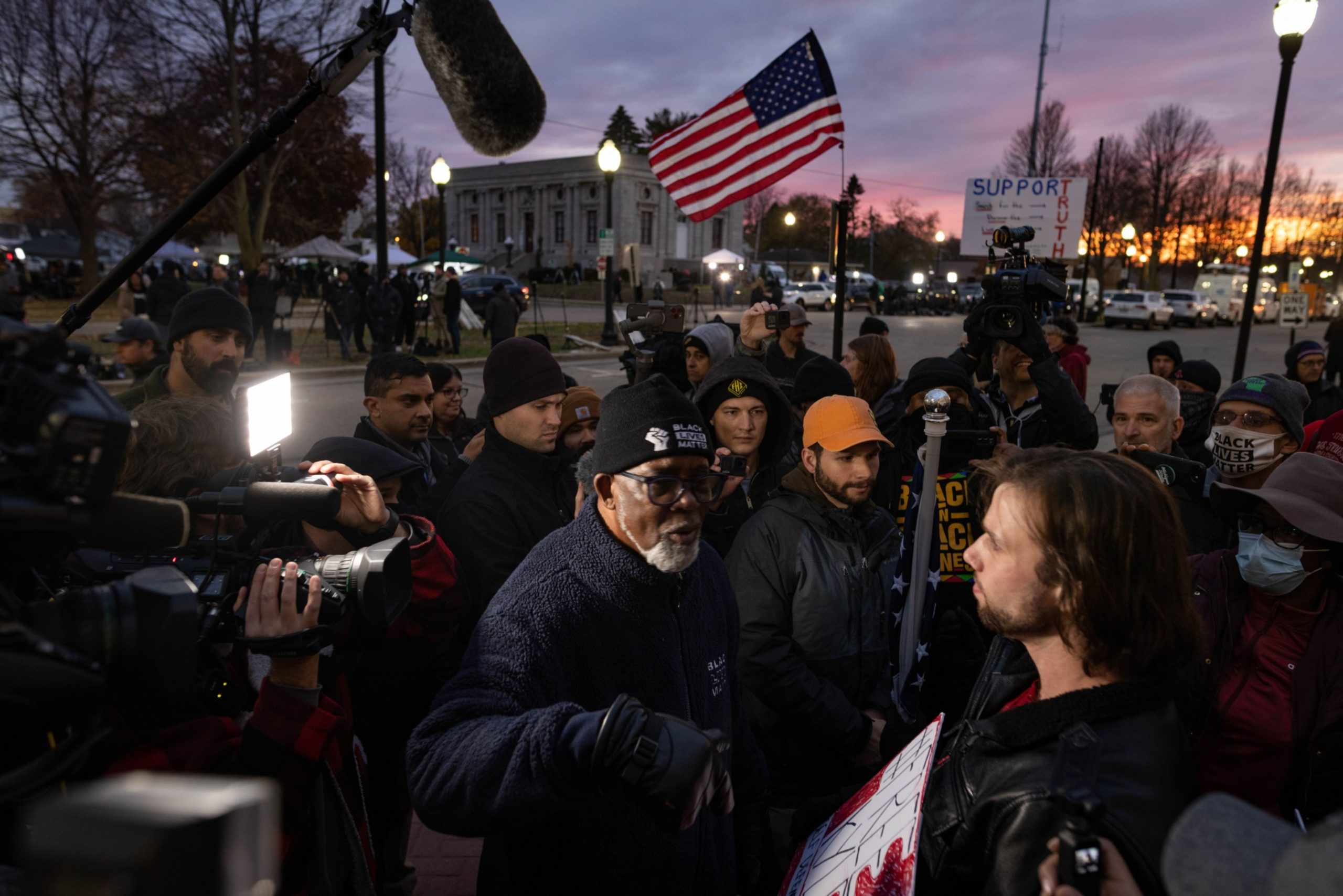 The Wisconsin judge overseeing the murder trial of Kyle Rittenhouse banned MSNBC from the courthouse after one of its employees was cited by police while following the jury bus.

Kenosha County Circuit Court Judge Bruce Schroeder said he was notified by police that a person claiming to be an MSNBC producer was detained Wednesday night after following the jury bus and running a red light. Jurors have been deliberating Rittenhouse’s fate since Tuesday after a two-week trial.

“This is a very serious matter,” Schroeder said in court out of the presence of jurors.

The panel of seven women and five men, all of whom but one are White, ended its third day of deliberations Thursday without reaching a verdict. The jury is scheduled to resume deliberations Friday.

Rittenhouse, 18, killed two men and wounded a third last year at a chaotic Black Lives Matter protest in Kenosha. He faces the possibility of life in prison without parole if convicted of the most serious charge, first degree intentional homicide.

Before leaving for the day, one of the jurors asked the judge whether they’d be allowed to take home his instructions on the law in the case. Schroeder approved the request, warning the jurors not to discuss the instructions or the case with anyone.

The television network employee who was detained by police was issued several traffic citations, Kenosha police said on Twitter. “There was no breach of security regarding the jury, nor were there any photographs obtained,” police said.

Last night a person who is alleging to be affiliated with a national media outlet was briefly taken into custody and issued several traffic related citations. Police suspect this person was trying to photograph jurors. This incident is being investigated much further.— Kenosha Police Dept. (@KenoshaPolice) November 18, 2021

NBC News confirmed Thursday that one of its freelancers got a traffic ticket Wednesday night.

“While the traffic violation took place near the jury van, the freelancer never contacted or intended to contact the jurors during deliberations, and never photographed or intended to photograph them,” the news organization said in a statement. “We regret the incident and will fully cooperate with the authorities on any investigation.”

As the jury deliberated inside the courthouse, there was some tension outside with protesters proclaiming support and opposition to Rittenhouse’s prosecution. Two people were arrested Wednesday for disorderly conduct, Kenosha police said.

“Except for a few people being loud, it’s okay,” the sheriff said in an interview. “I think the rest of the country just has to relax.”(Updates with jury ending deliberations)