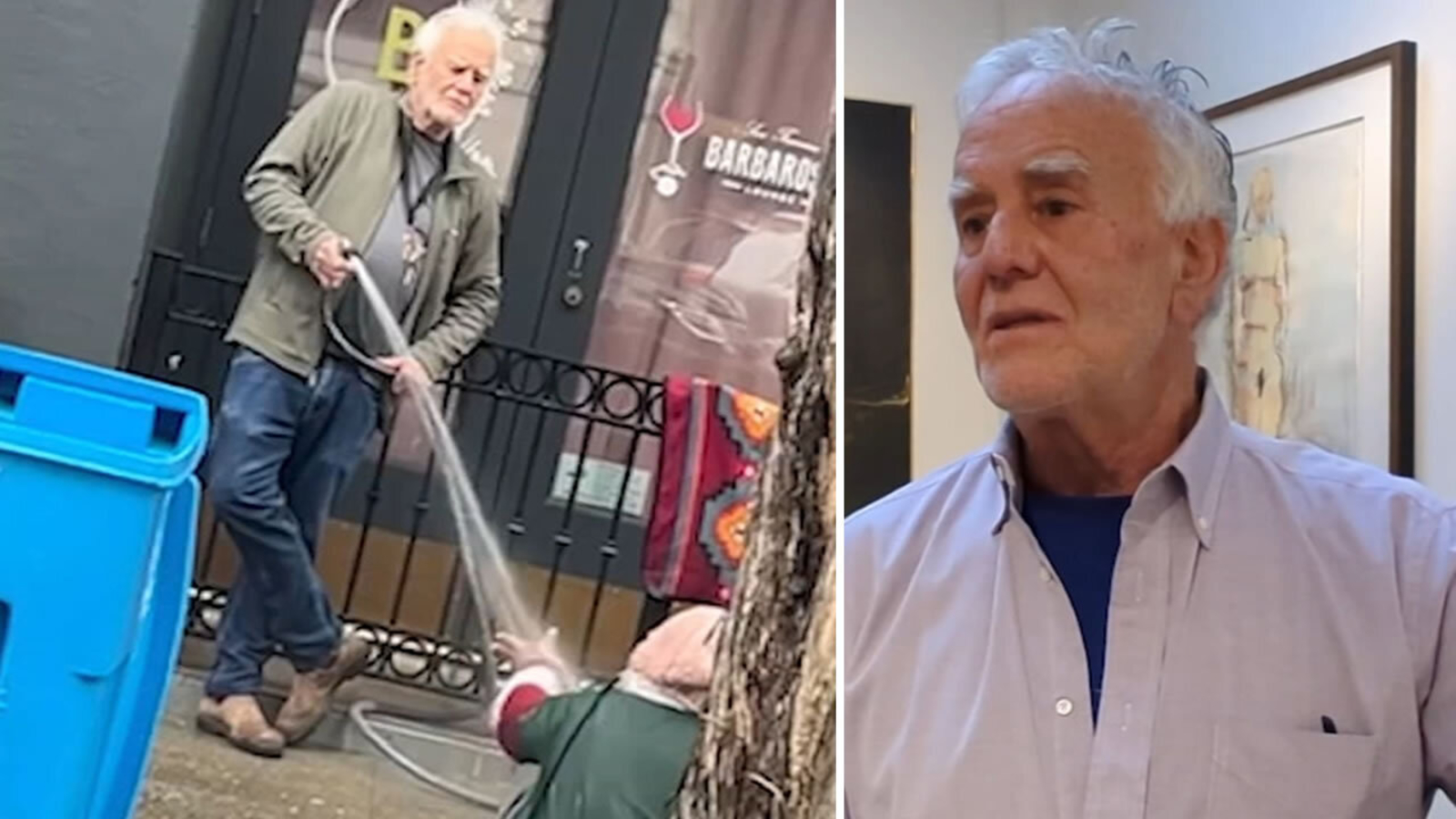 The San Francisco art gallery owner who was captured on video spraying a homeless woman with water has apologized for his actions nearly one week later.

In a recorded statement first reported by ABC7, Collier Gwin — the owner of Foster Gwin Gallery in San Francisco’s Jackson Square — said he was committed to making amends, days after he previously said he found it “hard to apologize.”

“There’s a breaking point,” he said in the video. “I have the video to constantly remind me that this is a large cross to bear.”

Gwin could not be immediately reached for comment Tuesday.

The apology comes nearly a week after Gwin was castigated for his actions during an encounter with a homeless woman that was recorded on video and investigated by police.

Gwin’s attempt at making amends also followed a event led by Rev. Amos Brown at Third Baptist Church in San Francisco, in which community and religious leaders across the city, including District Attorney Brooke Jenkins, discussed the fallout of the event.

The owner of the posh art gallery sprayed a woman known as “Q” with water from a garden hose after claiming she turned over multiple garbage cans and became belligerent, Gwin said.

The viral video drew millions of views on Twitter and immediately sparked fireworks of rage toward Gwin and his gallery, which was vandalized on Wednesday afternoon.

San Francisco Supervisor Aaron Peskin denounced Gwin’s actions in the video and said that his office was aware of Q. As of last week Q was hospitalized, but her current situation Tuesday wasn’t immediately clear.

On Sunday, San Francisco officials and community leaders at the town hall meeting discussed the incident and reportedly said they were seeking an apology from Gwin for his actions.

Hours after the townhall, the gallery owner supplied one through ABC7, the outlet reported.