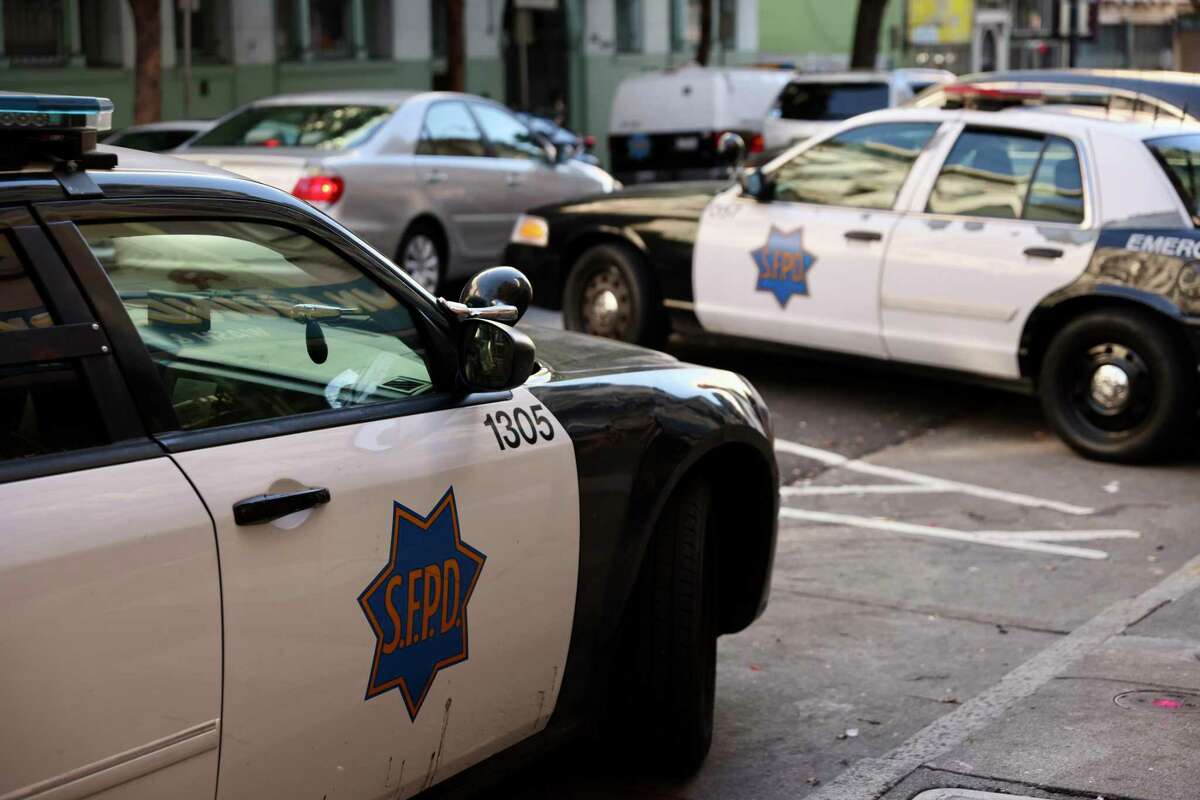 San Francisco police officers regularly claim they suspect marijuana or smell a suspicious odor to justify unfounded searches of Black people in the city, a Chronicle analysis of more than three years of stop data has found.

The data, which sheds light on the reasons police give for conducting fruitless searches of Black residents — mostly in cars but also on foot — and raises questions about whether the city’s decision to end certain kinds of lower-level police stops will make any difference.

The Chronicle evaluated the terminology that San Francisco police used to explain the unfounded searches of approximately 8,000 people between July 2018 and September 2021, from a total of over 200,000 stops conducted during that time and about 39,000 searches. We included all encounters where police conducted a search that resulted in no arrests or citations and yielded no “contraband” (weapons, drugs or other items suggestive of criminal activity).

In one field of the data, labeled “basis for search narrative,” we found officers frequently employed the words “smell,” “marijuana” and other drug-related terms during searches of Black people, even if they indicated in the data that they did not find any drugs and took no action as a result of their searching. Officers employed the word “marijuana” in 269 unsuccessful searches of Black people, compared to 38 mentions for white people, despite the fact that Black people make up just 5% of the city’s population and white people make up 51%.

The words with the lowest Black-white disparity, on the other hand, tended to be more procedural (though because police search Black people at such high rates, they used all terms more for Black people than white). These included “tools,” “pocket” and “weapon.”

Very few white people were subjected to an unsuccessful search related to marijuana or odor, showing how San Francisco police officers’ selective enforcement for lower-level infractions may contribute to their vastly disproportionate stop and search rates for Black residents.

“It’s not surprising that (The Chronicle) analysis appears to show that S.F. Police who are making these unwarranted stops are more suspicious of people of color,” San Francisco Public Defender Mano Raju said via email. “The language police use in these reports is revealing, and lends further credence to what we already know — that pretext stops are racially biased and inflict disproportionate harm on people of color.”

The San Francisco Police Department did not respond to requests for comment.

San Francisco’s disproportionate stop and search rates make it an outlier even in California, where Black people are disproportionately stopped by every law enforcement agency reporting data to the state, as a previous Chronicle analysis found.

To curb this widespread bias, on Jan. 11, the San Francisco Police Commission approved a draft of a law restricting “pretextual” traffic stops, in which police stop drivers for minor violations like expired registration tags or a broken taillight in order to investigate probable criminal activity. Meanwhile, state Sen. Steven Bradford, D-Gardena (Los Angeles County), is rallying support for SB50, which would outlaw several forms of pretextual stops and is a rehash of a bill he introduced but that failed to pass last year.

The data we analyzed included all stops, not just those made under specific “pretextual” codes as defined by the commission.

During the Jan. 11 Police Commission meeting, more than 20 community members testified that over-policing causes both the possibility of police brutality and a toxic environment where marginalized communities have reason to distrust law enforcement.

One caller described being pulled over in the city’s Bayview neighborhood for having “heavily tinted” back windows. She said an officer posed “uncomfortable” questions to her, like whether her boyfriend was a criminal and how often she commits crimes in the car she was driving. The caller, who admitted to being on parole at the time of the police stop, said her vehicle was searched and officers found a small can of pepper spray, which led to them using “excessive force” while removing her from her vehicle.

The Bayview contains the city’s highest concentration of Black residents, despite the fact that San Francisco’s overall Black population has been steadily shrinking over the past 60 years for a variety of interrelated and often complex reasons, including racial bias.

“I lost my job, my car,” the caller said. “I did nothing wrong that day and that stop change(d) my life forever.”

Another speaker, William Palmer, the executive director of “Life After Next,” a re-entry program for the formerly incarcerated, and a member of the Sheriff’s Department Oversight Board, shared his own story. Palmer was also on parole at the time.

His account goes something like this: He was pulled over by a San Francisco police officer and was forced to exit his car and sit on the curb while police conducted a search of his vehicle.

“For a person on parole, that’s anxiety-filling, that’s trauma-triggering and was just disrespectful,” he said, adding that police let him go without a citation. “I am a survivor of contact with police.”

Not everybody can say the same. Mapping Police Violence, a research and advocacy group that tracks police killings nationwide, found police killed nearly 600 people in traffic stops between 2017 and 2022. Black people represent only 13% percent of the U.S. population, but accounted for 28% of people killed in traffic stops.

Brian Cox, director of the Integrity Unit at the San Francisco Public Defender’s Office, said his office’s clients experience these disparities all the time.

“They’re tired of being harassed by police, they are tired of being stopped for, sometimes, what is effectively driving while Black, or being detained and searched constantly,” Cox said. “In a place like San Francisco where there is a stated commitment to progressive values, the fact that this happens just goes against that commitment quite substantially.”

Now that San Francisco has approved a draft of its pretext stop policy, the policy will move to meet-and-confer sessions between the city and the San Francisco Police Officers Association, which allows the union to weigh in on policy changes. After these sessions are complete, the Police Commission will vote again on the final version of the policy.

Los Angeles, Berkeley, Philadelphia, and Washington, D.C., meanwhile, are cities that have already passed legislation to limit these kinds of police interactions.

While the results of pretext stop bans in different cities are as varied as the policies themselves, the Los Angeles Times reports that after the Los Angeles Police Department policy was implemented in March 2022, it was followed by an almost immediate decline in police stopping people for minor violations, and officers were conducting far fewer searches during these stops.

“Today, what we have are these low-level infractions that can be used by present day officers to stop people of color for relatively innocuous things that pose little to no safety risk,” he said. “For generations there has been significant distrust… when it comes to law enforcement and its ability to keep all Californians safe. And this is rooted in a long history of racism embedded in our country’s approach to law enforcement.”

Partially because of this history of distrust, many Black people find it difficult to openly discuss their experiences with police, said Cox.

“Not only is it difficult for people to talk about it when it happens to them because of having to relive that trauma, but there’s a fear of retaliation, and a fear that there is nobody out in their community to protect them if they say something negative about the police,” Cox said. “They think about how all the civilian oversight boards in the world can’t stop that specific officer from doing something to them again.”

Saundra Haggerty, a member of Glide, a San Francisco-based organization that focuses on social justice issues, said she volunteered to share her story because exposing disparities in police stops is directly tied to her work.

One night in June 2020, she was driving through San Francisco’s posh Marina neighborhood when a police cruiser began following her. Haggerty said she was driving the speed limit, which made it all the more frightening when the police car’s lights began flashing in her rearview mirror.

According to Haggerty, a tense exchange ensued when the officer who pulled her over pointed out that her tail light was broken and then grew frustrated over her refusal to roll down her window completely during their interaction.

“I was thinking about my own safety,” recalled Haggerty, who said that she was eventually let go without a citation. “It’s not that I live life not thinking about how I’m a Black woman in this city, but there are moments where you know you’re going to get reminded that you are. … That cop behind me was one of those moments, and I knew it.”