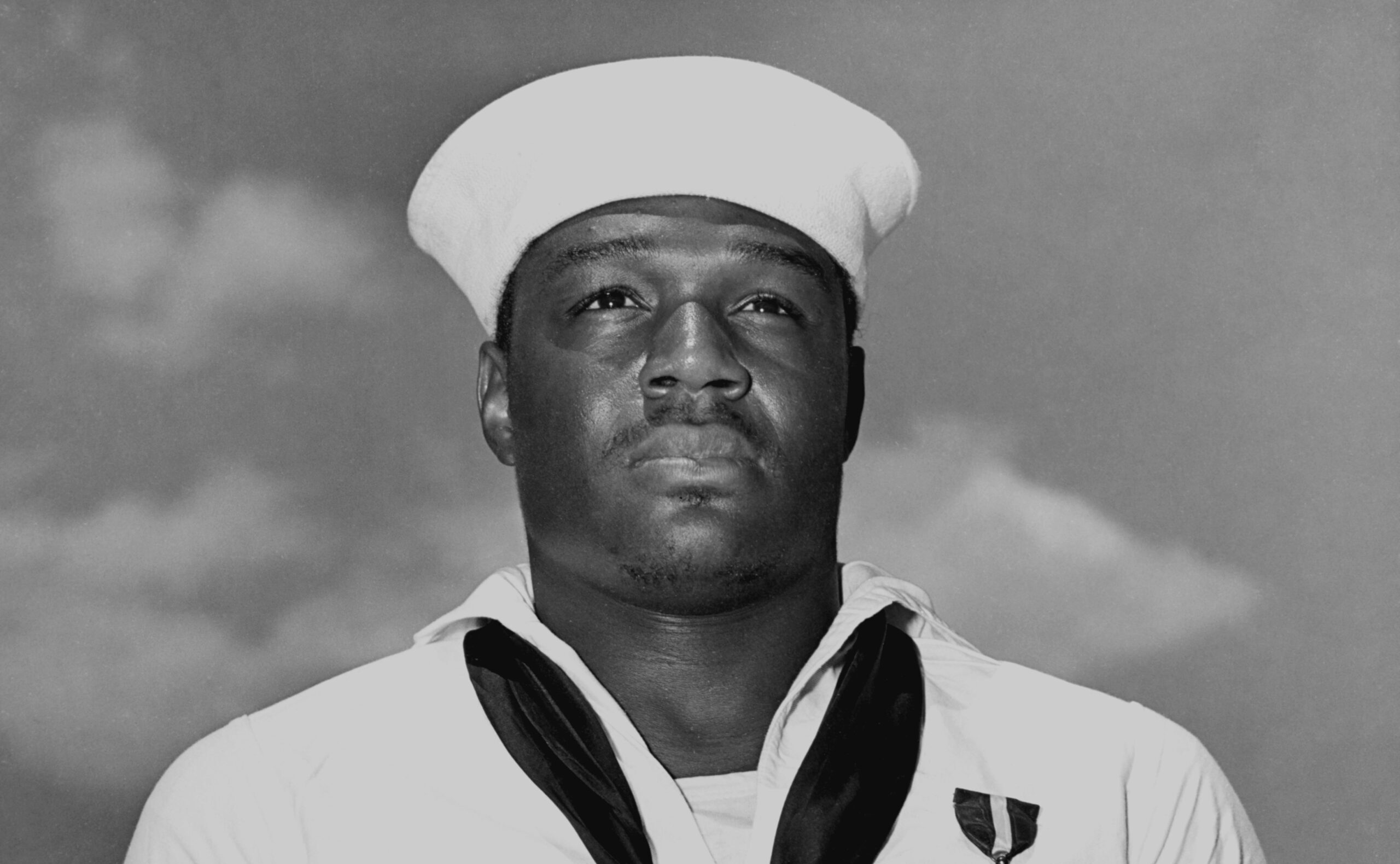 The story of the late Doris “Dorie” Miller is the story of many Black veterans – sometimes ranked beneath their experience, willing to risk their lives and sometimes treated like second-class citizens by their own country.

But a group of officials, Black veterans and their supporters has been pushing for Miller to receive recognition they say is due. The Navy mess attendant, Third Class, saved several of his fellow seamen when the Japanese bombed Pearl Harbor in 1939. Other military men who performed similar acts of valor have been awarded the Congressional Medal of Honor, but Miller has not.

“There were members of the military who were his counterparts who did what he did or performed lesser acts of valor and they received the Congressional Medal of Honor,” said Dr. Xavier Bruce, a retired U.S. Air Force lieutenant colonel and chair of the Dorie Miller Medal of Honor Campaign.

“We’re not looking at it as a racial thing – it’s the act,” Bruce said.

The act to which Bruce refers is described in what’s known as an “after action report” that details Miller’s heroism, which earned him a Navy Cross and a future aircraft carrier reserved for his name. The campaign group that includes Bruce, former U.S. Rep. Joseph DioGuardi, a Republican from New York, and former Maryland state Del. and Navy veteran Clarence “Tiger” Davis has met monthly to discuss strategy to press the Pentagon and the White House for a Congressional Medal of Honor for Miller.

As they approached Veterans Day, they drafted a letter to U.S. Defense Secretary Lloyd Austin to press him for help. The Department of Defense could not immediately be reached for comment.

“I just hope that the letter is read and understood and considered,” Bruce said.

Miller enlisted in the Navy as a mess attendant, Third Class, in Dallas, Texas, on Sept. 16, 1939. He was 19-years-old. He was serving on the U.S.S. West Virginia when the Japanese launched a surprise attack on the U.S. Naval Base at Pearl Harbor in Hawaii.

Miller was collecting laundry when an alarm sounded. He carried wounded fellow sailors to safer points on the ship and then operated an anti-aircraft machine gun, which he’d never been trained to use.

“It wasn’t hard – I just pulled the trigger and she worked fine,” a Navy report quotes Miller as saying. “I had watched the others with these guns. I guess I fired her for about 15 minutes.”

When he ran out of ammunition, Miller followed orders and abandoned ship, as did his fellow sailors. Ultimately, the ship sank to the bottom of the harbor. One hundred and thirty died in the attack and 52 were hurt, according to the Navy.

In 1942, then Admiral Chester Nimitz awarded Miller the Navy Cross,

Miller would not enjoy the recognition for long. On Nov. 24, 1943, he was on board the U.S.S. Liscome Bay escort carrier while it cruised near Butaritari Island in the Pacific Ocean. A Japanese torpedo struck, causing the warship to sink. Miller, then 24-years-old, was among the missing. He was officially presumed dead a year later, on Nov. 25, 1944.

Late U.S. Rep. John Dingell, a Democrat from Michigan, first introduced legislation in the 1940s to award Miller the Medal of Honor. DioGuardi, as a member of Congress, joined the Miller campaign along with his friend, the late U.S. Rep. Mickey Leland, a Texas Democrat.

When they served together in Congress in the 1980s, Leland and DioGuardi pushed for a Congressional Medal of Honor for MIller and for U.S. Army Sgt. Henry Johnson, a member of an all-Black unit called the Harlem Hellfighters. Using a rifle, a knife and his hands, Johnson fought off almost two dozen soldiers during World War I. Johnson was awarded a Medal of Honor in 2015.

“Black servicemen have been awarded the Medal of Honor in every other war going back to the Civil War … But the Department of Defense has resisted every effort to confer our nation’s highest tribute on Dorie Miller,” DioGuardi said in an earlier statement.

“It’s warranted,” Bruce said. “It’s been a long time coming and it hurts no one to provide what he deserves. I just cannot see why this cannot be rectified and taken care of.”