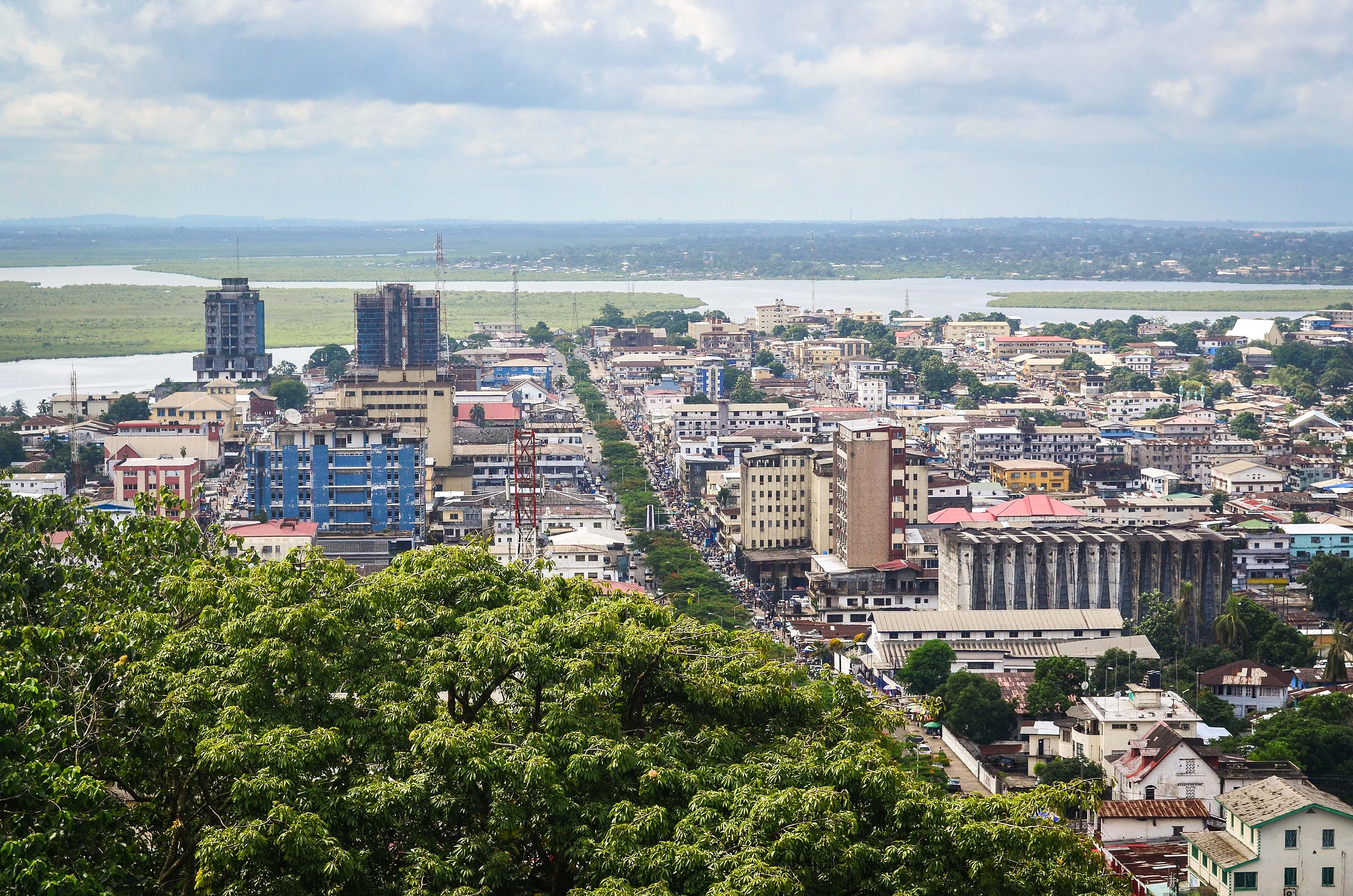 MONROVIA, Liberia – Three top officials from here have been sanctioned by the U.S. Treasury Department for acts of corruption, including steering public bids toward their own companies, taking bribes to drop suspects’ criminal cases, and making efforts to cover up their activities.

The development is in keeping with President Biden’s focus on recognizing that corruption around the world corrodes democracy, according to the U.S. Embassy in Monrovia, Liberia’s capital. Last year, the White House established corruption as a core national security interest.

“Today’s actions are one of a series of actions taken to combat corruption in line with the U.S. Strategy on Countering Corruption,” Michael McCarthy, U.S. ambassador to Liberia, said in a statement.

Nathaniel McGill, Liberia’s minister of state for presidential affairs and chief of office staff to Liberian President George Weah, Sayma Syrenius Cephus, solicitor general and chief prosecutor of Liberia, and Bill Twehway, managing director of the National Port Authority, are charged with engaging in corrupt practices that benefited them personally, and taking steps to cover up such activities.

The sanctions mean that the three officials are subject to financial and visa restrictions from he United States, according to the U.S. Embassy.

The sanctions, the U.S. government said, calls on Liberia’s government or ruling party to take the appropriate action against the designated officials to serve as deterrence.

Unique history between the United States and Liberia

The development marks another left turn in the special relationship between the United States and Liberia, the West African country founded by freed enslaved people from the United States fed up with American racism. The country was founded in 1821 on optimism — its name literally means “land of the free” — and in 1847, it became the first African republic to declare independence. It is known for having the second largest commercial fleet of ships in the world and in 1960 became the first Black African country elected to the United Nations’ security council. In recent years, its struggling economy has been showing signs of rebound. On the other hand, extreme poverty remains an issue. Crime is high too and a shortage of medical doctors means Liberia has only one doctor for every 15,000 patients.

Corruption has long undermined Liberia’s democracy and its economy, robbing the Liberian people of funds for public services, empowering illicit actors, degrading the business environment, and damaging the rule of law and effective governance in the country. Over the years, since the formation of the country, corruption has also contributed to diminishing confidence in government and public perception of impunity for those with power.

The action of the U.S. Treasury Department comes as a result of an investigation that concluded that the three officials have stolen assets belonging to the Liberian people for their own personal benefit, engaged in deals that clearly undermined Liberia’s public procurement rules and endangered the country by doing business with money launderers.

McGill and Twehway have lived a flamboyant, lavish lifestyle since the ascendency of the presidential Weah administration. McGill in particular is known to have distributed huge sums of Liberian and U.S. dollars to supporters of the government. McGill also has acquired and continues to acquire properties worth hundreds of thousands of U.S. dollars across the country. It is believed that some of the properties are registered in the names of family members and friends.

Many Liberians have called on Weah to immediately dismiss the three officials and launch a thorough investigation, according to FrontPage Africa, Liberia’s leading newspaper.

Independent watchdog pushes for officials to be removed

Less than 24 hours after the announcement of the sanctions, Liberian President Weah moved to suspend McGill, Cephus and Twehway. The president has also designated the principal deputies of the suspended officials to act in their place.

The Center for Transparency and Accountability in Liberia (CENTAL) believes Weah still has an opportunity to redeem his government. The organization is a leading integrity campaign organization affiliated with Transparency International.  CENTAL believes that any response from Liberian officials must go beyond simply suspension.

In a statement, CENTAL also called on relevant Liberian authorities to seek the support of U.S. government to thoroughly investigate and prosecute the designated officials.

“The President cannot afford to be oblivious to history and the passage of time,” the statement read. “Retaining Nathaniel McGill, Syrenius Cephas, and Bill Twehway would amount to explicit confidence in their integrity as against the countless outcry of Liberians, and now international partners, on several occasions.”

Speaking to reporters on Tuesday, presidential hopeful and human rights lawyer Tiawan Gongloe threatened to campaign against President Weah’s travel to Washington, D.C., if he fails to dismiss the three sanctioned public officials.

Gongloe said Washington has a strong policy against corruption as well as promoting human rights and justice, adding that he was of the strong conviction that President Weah’s failure to adhere to these principles would declare him unfit to visit the United States.

The Liberia Council of Churches (LCC) said that it welcomes the president’s swift response and called for the immediate replacement of the sanctioned officials.

“We call upon the president and his team to replace these leaders immediately, with persons whose competence, integrity and commitment to service align with the prosperity and wellbeing of all Liberians,” the LCC said through its new president, the Rev. Samuel B. Reeves, Jr.

It added that these officials who are viewed as ethical drags on the progress of the nation and a noose around the president’s pro-poor agenda, and should have been axed a longtime ago.

The U.S. Treasury Department said last Monday that the three officials violated the Magnitsky Human Rights Accountability Act, a measure passed by the U.S. Congress in 2012 that targets perpetrators of serious human rights abuse and corruption around the world.

The Magnitsky Act was initially adopted to tackle Russian corruption and was expanded in 2016 to cover serious human rights abuses globally, is an extremely powerful tool to hold perpetrators accountable.

Managed by the Departments of the Treasury and State, more than 200 individuals and companies have been sanctioned to date. Sanctions include visa denials, asset freezes and the inability to transact in dollars.

“Through their corruption these officials have undermined democracy in Liberia for their own personal benefit,” said Brian Nelson, the Treasury Department’s under secretary for terrorism and finance intelligence, in a statement issued Monday.

“Treasury designations today demonstrate that the United States remains committed to holding corrupt actors accountable and to the continued support of the Liberian people.”

For instance despite lots of funding sent to Liberia from the international community since the country’s founding, the country remains affected by poverty. Much of the population survives on the equivalent of less than U.S. $2 prepay and hospitals and schools lack medication and equipment to operate effectively. The country also has been affected by entrenched corruption and poor governance.

Regarding McGill, the Treasury Department said he’d ” … bribed business owners, received bribes from potential investors, and accepted kickbacks for steering contacts to companies in which he has an interest.”

The agency accused the Liberian official of manipulating the public bidding process to award multi-million dollar contracts to his own companies.

The statement added, “He has used government funds allocated to other Liberian government institutions to run his own projects, made off-the-books payment in cash to senior government leaders, and organized warlords to threaten political rivals.”

The statement indicated McGill received unjustified payments from various Liberian government institutions and used his position to prevent his misappropriation from being discovered. McGill, the statement continued, regularly distributed thousands of dollars in undocumented cash to other government officials for government and non-government activities.

The United States accused Cephus of developing close relationships with criminal suspects and receiving bribes from people in exchange for dropping their cases.

“Cephus has worked behind the scenes to establish arrangements with subjects of money laundering investigations to cease investigations in order to personally benefit financially,” the statement read. “He shields money launderers and helps clear them through the court system and has intimidated other prosecutors in an attempt to quash investigations.”

Bill Twehway, managing director of the National Port Authority (NPA) of Liberia, orchestrated the diversion of $1.5 million in vessel storage fees from the NPA into a private account, according to the U.S. Treasury Department.

The U.S. agency said Twehway secretly formed a private company to which, through his position at the NPA, he unilaterally awarded a contract for loading and unloading cargo at Liberia’s Port of Buchanan.

The contract the statement mentioned was awarded to the private company less than a month after it was founded. The statement also said Twehway and others used family members to hide their own involvement in the company while still benefiting financially.

“In addition, any entities that are owned, directly or indirectly, 50 percent or more by one or more blocked persons are also blocked,” the Treasury Department said.

The agency went on to say people engage in certain transactions with the individuals and entities designated today may themselves be exposed to sanctions or subject to an enforcement action.