Upcoming election is a trial run for midterm elections; voters need to know their rights 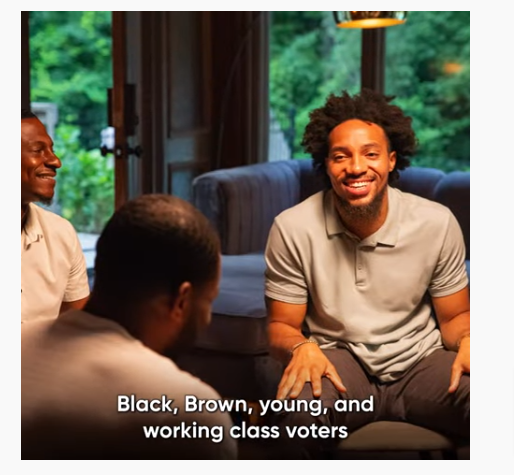 With days to go before the country’s general election, advocacy groups are making sure voters can act if they have trouble voting.

There’s a national telephone hotline staffed by volunteers, online informational booklets, an informational website and even free pizza for voters waiting in long lines. And though this is an off-year for elections, the country is at a critical point when record numbers of people are learning the importance of their vote, while states are pushing laws to restrict who casts ballots.

There are 500 restrictive laws in the works right now, in fact, but at the same time, states like Kentucky and Virginia have made it easier to vote outside of the traditional method, advocates said.

Young was referring to the 2020 White House election.

“We saw the greatest turnout we’ve ever seen in this country in history and we saw it in a critical year when people were facing a global pandemic, so that showed how powerful the American voters are,” she said. “Even in a (politically conservative) place like Texas they had the highest voter turnout in 30 years. We know that people are ready to vote and we now understand they understand their power in a different way.”

There was a 7 percent increase in voter turnout between 2016 and 2020, said Robert Hoffman, deputy director of the Democracy Division of the American Civil Liberties Union. That is largely because of a shift away from in-person voting partly due to the pandemic and partly due to voter education after previous years of voting irregularities. Another shift is that younger people and more people of color are voting absentee, he said.

A representative for Pizza to the Polls, a service that delivers free pizza to people waiting in long lines to cast ballots, has noticed more voters coming out in less-populated areas with fewer voting precincts.

“We are fortunate to have fed people all over the country from cities to rural areas with both our On Demand, Pre-Order and Food Truck programs,” program director Amirah Noaman said. “Cities tend to have the longest lines due to larger populations, but in 2020, we saw a spike in smaller communities that have fewer places to vote.”

Noaman also said, “Lines have gotten longer, in part because Amricans are voting in larger numbers. We are very pleased to be able to feed them as they engage in their civic responsibilities.”

The drive for Black people wanting to be heard and entities preventing that is as old as the history of Black people in this country. Former President Barack Obama’s White House campaigns in 2008 and 2012 and the emergence of his successor, former President Donald Trump, who fueled racism, made Black and brown Americans more aware of the power of their vote.

If you’re one of those people eager to make a change and make your voice heard, here’s how to prepare to cast a ballot and avoid mishaps:

— THE BASICS: Many people don’t know how to get to square one and they’re embarrassed to ask how to get there, advocates said. There is no reason to be ashamed, but every reason to just move forward and educate yourself, they added. The website www.vote.org is a resource for everything from figuring out the location of your precinct, how to register to vote and when you can vote. In the 2018 midterms, two-thirds of young people did not vote because no one asked them, Young of When We All Vote said.

“If you don’t turn on the news every day, if you are just living your life and you don’t have anyone in your community who is paying attention to what’s happening, that’s where When We All Vote comes in,” she said. “We’re like, ‘You’re powerful.’ “

The American Civil Liberties Union’s online booklet, “Know Your Rights: Voting Rights,” is a primer for what to do if you’re turned away from the polls. It is a tool that can be used to prepare starting now.

— FIGURE OUT YOUR REGISTRATION: Some folks know the basics of voting but are not sure how to figure out if they’re registered to vote, whether there’s still time or how to go about it. Www.whenweallvote.org has resources to help you navigate all that, including a form that will help you confirm your registration status. If you’ve waited until Election Day to figure this all out, some states will allow you to register on-site. When We All Vote can help with details on which states will permit this.

— SOLUTIONS FOR ELECTION DAY ISSUES: If you get to the precinct with just minutes to spare and no one is letting you in, do whatever you have to do to remain in line. The key is whether you arrived when the precinct was still open. You also may call the Election Protection Hotline at 866-OUR-VOTE (866-687-8683).

If you know you’re registered and the precinct does not have you listed, request a provisional ballot and remind the elections staffers that you have a right to cast your vote. You should also call the Election Protection hotline (see paragraph above) to verify your registration status and get further advice.

If you make a mistake on your ballot, not to worry. Ask an elections volunteer for a new ballot.

— ADVICE FOR LONG LINES: Prepare ahead by packing water or juice and snacks and wearing comfortable shoes. And if you get hungry, contact Pizza at the Polls to report long lines at your precinct and request free pizza. for some free pizza.

“We can only hope to have our services become obsolete as lines subside, but as long as they exist, we will send food safely and within election compliance guidelines to anyone in need,” said Noaman of Pizza to the Polls.

The advocacy and education goes beyond Election Day, advocates said.

When We All Vote invites volunteers to help them by tweeting, calling and emailing their lawmakers when voting legislation is on the table.

“Next week is a trial run for the midterms,” Young said of the 2022 elections. “Real things are going to happen in some places (such as the New Jersey and Virginia governors’ races) but we are really looking at this as a little bit of a goal post to see how much work we’re going to have to get ready to do.