Black Athletes Medal in 32 Olympic Events for the US 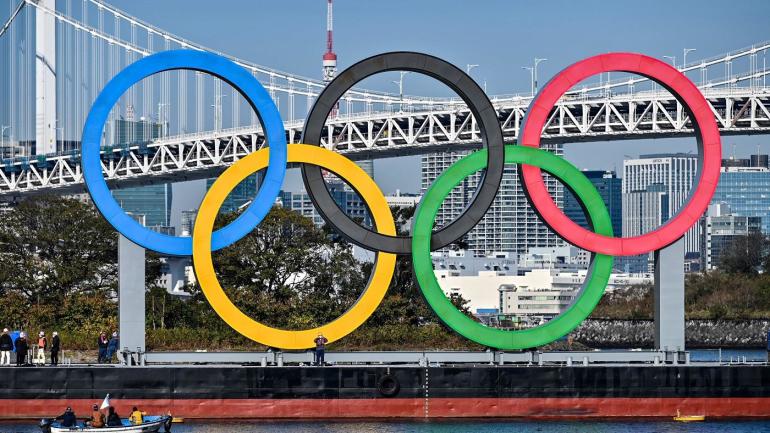 There were stories of triumph and stories of overcoming and that all tied into the difficulties that went with the 2020 Olympic Games in Tokyo, Japan. With the noise of the crowd not there and unusual circumstances because of the Covid-19 pandemic, many athletes had to train in unorthodox ways and there were some that were able to make it and medal. Here are the Black athletes who received medals for their hard work during the competition from July 23 to August 8, 2021.

Head coach Kara Lawson, Jackie Young, Allisha Gray (Gold medal in 3-on-3 women’s basketball)
Young wasn’t originally on the team, but she stepped in and replaced Katie Lou Samuelson admirably. Gray played her role and did what needed to be done for the team and imagine having to coach a team without being able to coach them during the game? These three Black women had different things they faced but they did the things they needed to do to get the job done and bring home a gold medal in the first year of 3-on-3 basketball as an Olympic sport.

Kendra “Keni” Harrison (Silver medal in women’s 100 meter hurdles)
Harrison came in as the world record holder in the 100 meter hurdles and although she did not win the gold medal, her journey there to the Olympics was one that she will not forget. She did not make it the USA Olympic team in 2016 after she finished sixth in trails despite being the favorite.

Fred Kerley (Silver medal in 100 meter sprint)
Kerley was appearing in his first Olympics and the University of Texas alum, who is more known for his 400 meter work, showed he also had short speed as well, finishing second in the 100 meter dash.

Simone Manuel and Natalie Hinds (Bronze medal in 4 x 100 meter freestyle swimming relay)
The breakthrough star in the 2016 Olympics didn’t have quite the Olympics she wanted this time around. However, she partnered up with Natalie Hinds and two other U.S. swimmers to win the bronze medal in this relay.

Sydney McLaughlin (Gold medal in 400 meter hurdles)
The New Brunswick, N.J. runner returned to the Olympics after making the team at 17 years old and she showed that she was ready for the big stage this time, returning with to capture the gold medal in this year’s Olympics and showing that she is ready to take over.

Dalilah Muhammad (Silver medal in 400 meter hurdles)
Muhammad came in as the reigning Olympic champion and although she did not win the gold again, she was right there and finished second, capturing a silver medal behind her teammate, Sydney McLaughlin.

Simone Biles (Silver medal in team competition and Bronze in Balance Beam)
Biles had an eventful Olympics to say the least, and even though she did not win gold, she showed that she is a gold medal human being with the courage it took to face what other people would think and also facing the “twisties” in the Olympics and still be successful. She is a true hero.

Gable Stevenson (Gold Medal in freestyle heavyweight wrestling)
Stevenson wasn’t necessarily the guy who many thought would win his event, but the 21-year-old believed in himself and that is what mattered the most. He defeated the defending Olympic champion Taha Akgul early in the tournament and then beat three-time and reigning World Champion Geno Petriashvilli to capture Olympic gold and prove that self-belief and determination can carry you through.

Raven Saunders (Silver medal in shotput)
Saunders got her first medal in Olympic play, garnering the silver medal by throwing the shotput 19.79 meters, or 64 feet, 11 inches. Along with getting the silver medal, she also crossed her arms to make an X when receiving her medal and said on social media, “If you are Black, LGBTQIA+, or mentally struggling, this one is for you.”

Brittney Reese (Silver medal in long jump)
The veteran long jumper came back and again captured a silver medal. This silver medal gave her a total of three for her career in her third straight Olympic games. When she coaches her kids at San Diego Mesa College, she can not only show them what to do but they can believe her with what she has done.

Javian Oliver, Teahna Daniels, Gabby Thomas (Silver medal for the women’s 4 x 100 team)
These three women gave their all to try and take out the mighty Jamaica team with their outstanding speed. And although they gave their best effort, they were not able to pull it out. However, they did get the silver medal and run a very good time of 41.45.

Tamyra Mensah-Stock (Gold medal in women’s wrestling)
The reigning world champion came through and became an Olympic champion, becoming the first Black woman ever to win Olympic gold in wrestling. An amazing story for a woman that started wrestling in the 10th grade and her speech with her crying tears of joy afterwards was a must-watch moment that tugged at your heartstrings.

Rai Benjamin (Silver medal in men’s 400 meter hurdles)
At his first Olympics, Benjamin finished second to Norway’s Karten Warholm. Even though he finished with the silver medal, he ran a personal best time of 46.17, which he and Warholm broke the previous world record time in this event.

Gabby Thomas (Bronze in the women’s 200 meters)
Thomas ran the best time of her career in the 200 to make the Olympics, running a 21.61. She didn’t run quite that fast in the Olympics, but she did give it all she had, finishing third in the Olympics at 21.87.

Duke Ragan (Silver medal in men’s featherweight boxing)
With pro boxers being permitted to box in the Olympics, Ragan saw an opportunity to represent his country and potentially make history. And despite not winning the gold medal, his second-place finish etches him in history as the first U.S. pro boxer to win a medal.

Noah Lyles (Bronze in men’s 200 meters)
Lyles raced hard and ended up finishing third in the 200 meters. And although he probably had some sense of happiness, he was emotional as he thought about how his brother should be there racing with him and that he essentially was living the dream his brother had of being in the Olympics.

Grant Holloway (Silver medal in 110 meter hurdles)
Holloway came in as one of the favorites to win the gold medal in this Olympics and finished second to bring home the silver medal for the United States in his first Olympic games.

Oshae Jones (Bronze medal in women’s welterweight boxing)
In her first Olympics, Jones was able to make it to the semi-final rounds, before losing to China’s Gu Hong. According to rules in Olympic boxing, there is no bronze boxing match and both women who didn’t make it to the finals were awarded bronze medals. It was a miracle that she was even at the Olympics, as five days before she learned she was going to represent the USA in boxing, she was nearly killed in a fire that destroyed her home.

Allyson Felix (Bronze medal in women’s 400 meters)
The journey back to the Olympics this year was different from any other one for Felix, as she had her first child during the time away from the Olympics. It seemed like her new baby girl was her inspiration for this Olympics because she ran her best time all season in the Olympics, finishing third in the 400 meters and earning her 10th medal, making her the most accomplished woman in track and field history.

Paul Chelimo (Bronze in men’s 5000 meters)
Chelimo was back again at the Olympics trying to medal after finishing with the silver medal in the 2016 Olympics. This time around, he was pushed to the limit to get a medal and with a last-second lunge across the line, he secured the bronze medal and became the first American to medal twice in the 5000 meters race.

Adrianna Franch, Crystal Dunn (Bronze in women’s soccer)
Franch and Dunn played their excellent roles for the women’s US Olympic soccer team. The veteran soccer team finished with the bronze medal after beating Australia in what is likely the end of an era for this current soccer team as they are currently constructed.

Edwin Jackson, Simeon Woods Richardson (Silver medal in baseball)
Jackson and Woods are part of a collection of minor league baseball players playing in Japan and free agents that represented the United States in the Olympics. They made it all the way to the title game and just came up short of the gold, losing to the home team, Japan.

Athing Mu, Sydney McLaughlin, Allyson Felix, Dalilah Muhammad (Gold medal in the women’s 4 x 400 relay)
The women’s team handled business, winning the relay race by over four seconds and giving all four competitors an additional medal. This medal in this event made 11 medals total for Felix in her Olympic career, placing her second all-time in track and field medals in Olympic history and making her the most decorated US Olympian ever.

Michael Cherry, Michael Norman, Bryce Deadmon, Rai Benjamin (Gold medal in men’s 4 x 400 relay)
Just like the women’s team, the men’s team handled business, winning by more than two seconds. With the men’s team not having the results many wanted for them, this event allowed them to end on a high note.

Michelle Moultrie, Kelsey Stewart (Silver medal in softball)
The softball team played up to their best and made it all the way to the championship game. And while the women’s softball team was expected to win gold, Japan had other ideas and dealt them a 2-0 loss in the championship game. Even with that, they still were able to bring home a silver medal.

Keyshawn Davis (Silver medal in men’s lightweight boxing)
Davis came in and gave himself an opportunity to win the first gold medal for U.S. men in boxing since 20004. However, it wasn’t to be in this Olympics, as he lost to Cuba’s Andy Cruz. However, the pro boxer did create a buzz for himself with how he fared in the Olympics.

Mike Patton is a freelance sports writer based in Nashville, Tennessee. He has covered sports for 10 years for various organizations and publications. He also is the host/producer of the Touring The AFC South podcast.