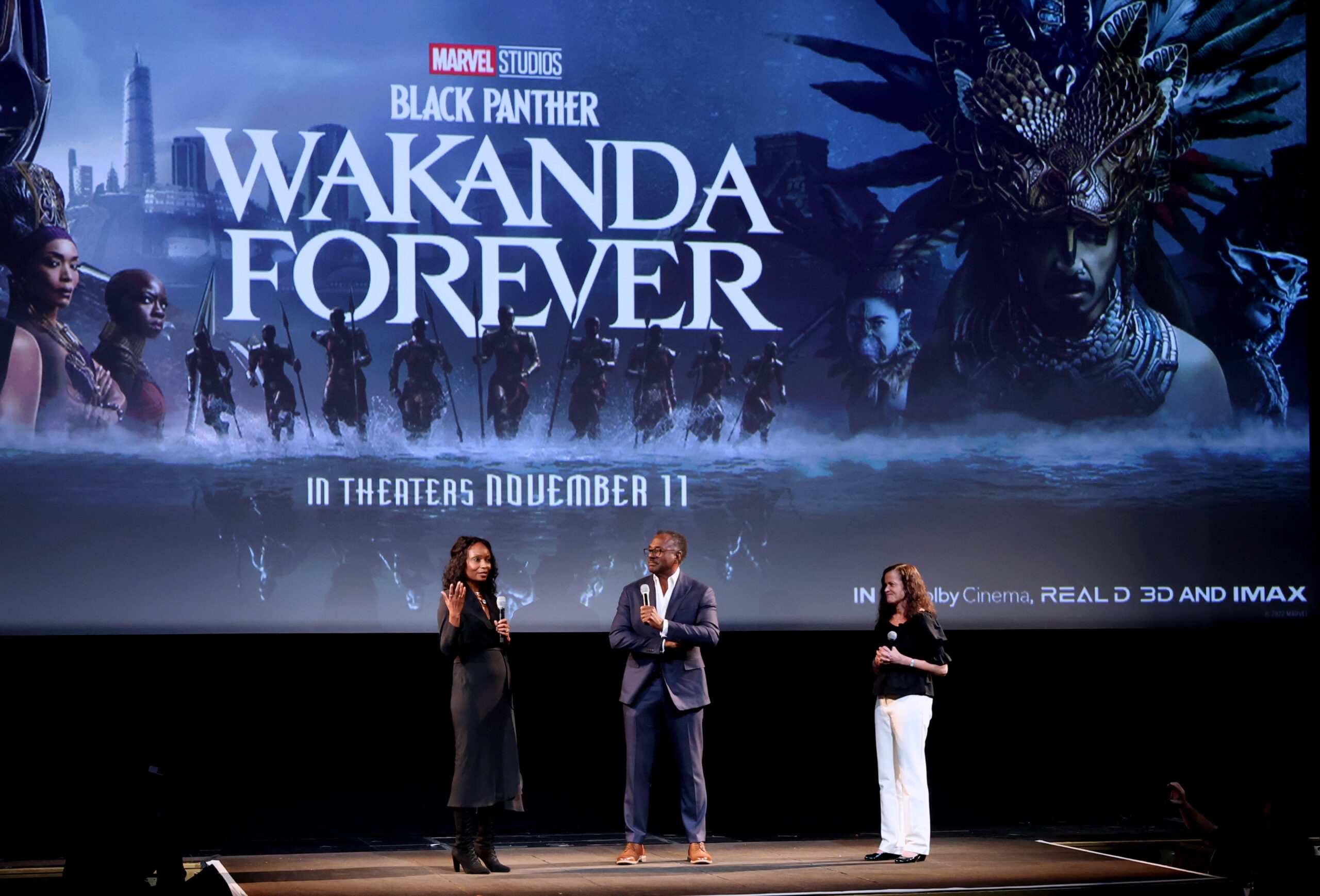 Black Panther: Wakanda Forever, the latest superhero picture from Walt Disney Co.’s Marvel unit, topped the weekend box office in the US and Canada with $181.3 million in ticket sales.

The studio expected the film to generate $175 million domestically in its debut, while Boxoffice Pro estimated it would take in $170 million to $205 million. Globally the film collected $330 million, Disney said in a statement Sunday.

AMC Entertainment Holdings Inc., the world’s largest theater chain, gained 1.9% to $7.34 at the close of trading in New York. The company said turnout for Wakanda Forever led to its fourth-busiest weekend of the year. Rival exhibitor Cinemark Holdings Inc. rose less than 1% while Disney was down less than 1%.

The first Black Panther film in 2018 was a watershed moment for Disney and the industry as the first big-budget superhero movie to feature a largely Black cast. The picture went on to gross almost $1.4 billion worldwide, dispelling myths that action movies starring people of color wouldn’t perform well abroad.

Tragedy struck with the 2020 death of the film’s star, Chadwick Boseman. The creative team behind the sequel had to pivot. Co-writer and director Ryan Coogler recast the story as one that incorporates the hero’s death and sets up a new team of Black female stars to fight the bad guys and presumably produce more sequels and spinoffs.

Women over age 25 accounted for about a third of the audience for the new film, according to a person familiar with the matter. It’s likely that some of the older viewers may not have seen the original but were drawn to the sequel because the first movie became such a sensation.

The new film had a strong 85% approval rating from critics going into the weekend, according to review aggregator Rotten Tomatoes. It likely benefited from opening over the long Veterans Day holiday weekend facing little competition from other new releases. It was the second-highest grossing film opening this year, after Disney’s Doctor Strange, which took in $187.4 million in May.

The release of Wakanda Forever comes at a tumultuous time for media stocks. Disney suffered its worst one-day rout in 21 years on Nov. 9 after saying losses in its direct-to-consumer arm, driven by the Disney+ streaming service, more than doubled to $1.47 billion in the company’s fiscal fourth quarter.

The picture’s solid performance is also a much-needed tailwind for theater chains, some of which have entered or are nearing bankruptcy amid competition from streaming insurgents and a dearth of blockbuster releases this year.

–With assistance from Keith Naughton.