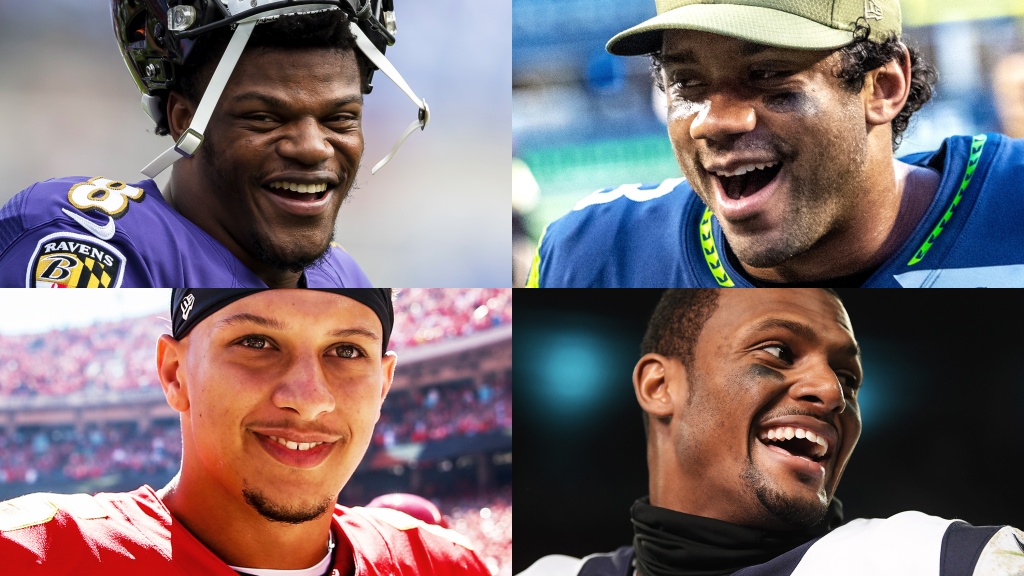 Some might say it’s sacrilegious to not put Patrick Mahomes atop the list, but the reality is Kyler is playing better than at this point in the season. His ability to escape trouble and gain positive yards as well as dominate teams from the pocket compromises even the best of defenses and right now, he is definitely leading the MVP voting.

Some wondered how Dak would do coming back from a gruesome leg injury this season. Well, if the first few games have been any indication, he is back and better than ever. His passes have been precise and he seems to be in total command, leading one of the best offenses in the NFL and making sure defenses pay each and every week while taking care of the football.

The Chiefs may not be performing up to their level, but Patrick has been solid to start the season. He has had some turnovers, but he has also had some spectacular plays and as long as he is back there, that offense will continue to be explosive.

Putting Russell in this spot may not seem fair,, but when you look at the performance of the Seahawks with them being great for only halves of games, it would be hard to put him above the three guys ahead of him. But still, Wilson is special and no one can deny that. Unfortunately, in his last game, he got injured and will be missing in action for at least four weeks following surgery to repair a ruptured finger tendon.

Lamar has been known to make a defender or two look silly over the year. While he has been magical on the ground again (on pace to rush for 1,000 yards as a quarterback yet again), he is getting better in the passing game despite what the touchdowns and interceptions look like right now.

People like to call him the safe bet at quarterback for his tendency to not push the football downfield, but the thing is, Teddy has been good for the Broncos. He has valued the football and provided leadership for the Broncos where they needed it the most. As a result, they started the season 3-0.

Jalen has been playing solid but he has had some moments like the game in Dallas where he has shown he still has some growing to do. That is to be expected though. It will be interesting to see where he goes from here, but for right now, this is where he lands on this list.

Tyrod has bounced around the NFL and this season, he was the starter with the Deshaun Watson situation still unresolved. He had been playing well and had the Texans looking good offensively until his unfortunate hamstring injury sidelined him. Hopefully for him, he will be able to come back soon.

Jameis has had good games and bad games as well. He has had some good moments and some not-so-good ones as well. The thing for him is he will have to find the balance of his play between taking chances and playing it safe. The good thing is he has a coach that believes in him and his abilities.

Justin has finally been named the starter, so we will get to see what he can do. The good thing for him is that head coach Matt Nagy relinquished the play-calling in his second game. We shall see how he progresses but right now, he comes in at the 10th spot.

PrevPreviousHow reporting while Black during a summer of uprisings changed us
NextColumn: An epic game extends the Chicago White Sox season as playoff baseball returns to the South Side for the 1st time in 13 yearsNext