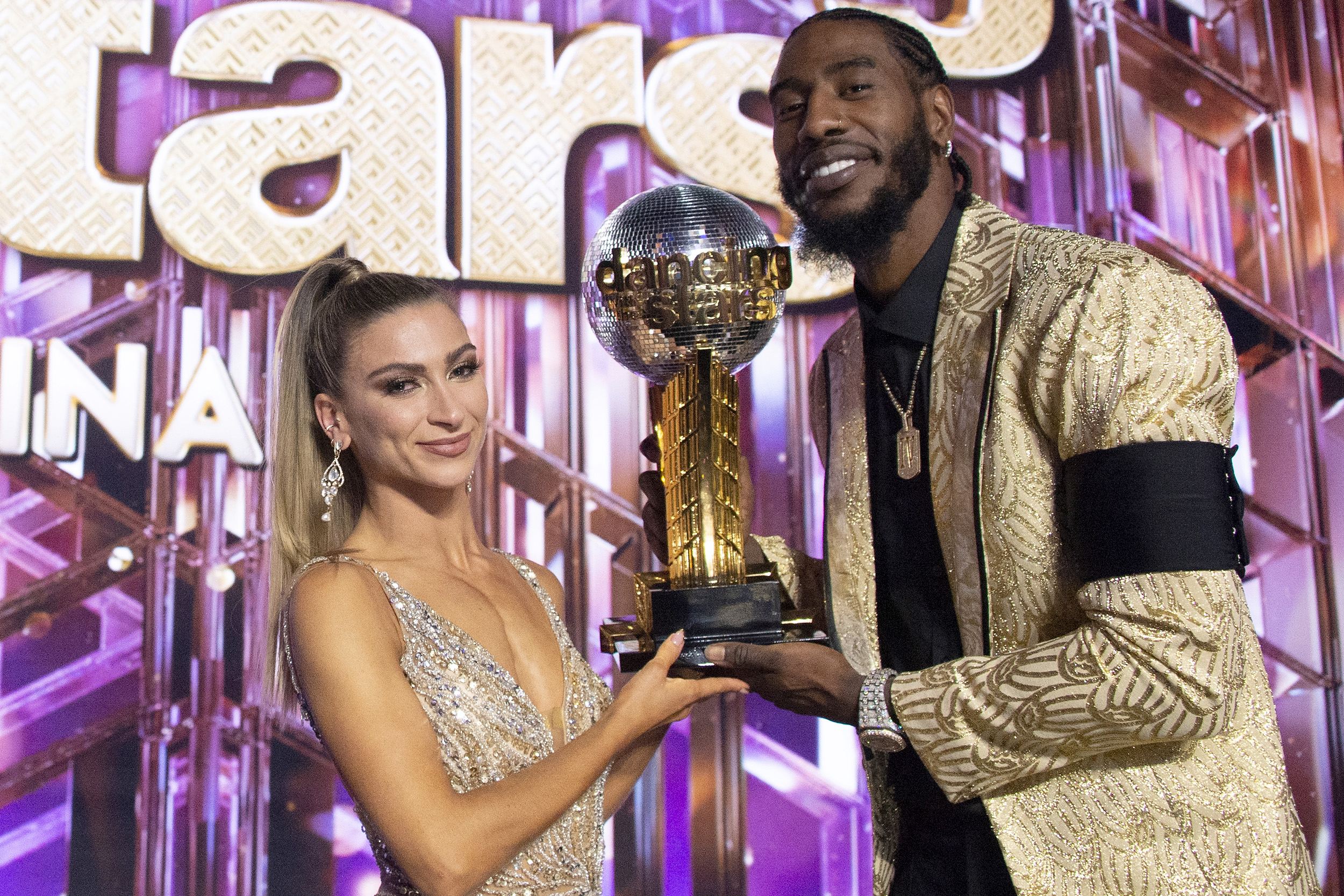 Iman Shumpert, formerly of the New York Knicks and the Cleveland Cavaliers, made history Monday night by becoming the first former NBA player to win ABC network’s “Dancing with the Stars.”

The career pro basketball player grabbed hearts of fans over the show’s 10 weeks as he toiled to mold his athletic, 6-foot-5-inch frame into that of a dancer. On Monday night’s finale, Shumpert and partner Daniella Karagach danced freestyle to Missy Elliott’s “Lose Control,” beating out dancer JoJo Siwa and partner Jenna Johnson, the show’s first same-sex duo.

Shumpert’s win of the Mirrorball Trophy drew accolades from all over, including from Elliott.

The Cleveland Cavaliers congratulated Shumpert with a nod to his win of the NBA finals when he played for them in 2016.

“Way to add another to the trophy case, shump!” the Cavaliers tweeted.

Shumpert, 31, who is a native of Oak Park, Ill., told Good Morning America on Tuesday that he was honored to win the award.

“It’s literally been amazing to be a part of ‘Dancing with the Stars,’” he said. “All the people that they had before me and for them to even want me on the show, that was the best nod I could have had.”

He said that his dance partner along with his wife, Teyana Taylor, helped shape his skill.

“It’s like having an angel-devil thing on your shoulder,” Shumpert said. “I’ve got Danny telling me, ‘Proper footwork. Do this. Knock this out. Do this. And then Teyana’s like, ‘All right now, we gonna give a show … full out.’ And then Danny’s like, ‘Yeah more. Throw that arm. Throw it.’ “

Other contestants on this season included country singer Jimmie Allen, Matt James, the first Black man to star in ‘The Bachelor;’ and Kenya Moore of “The Real Housewives of Atlanta.”