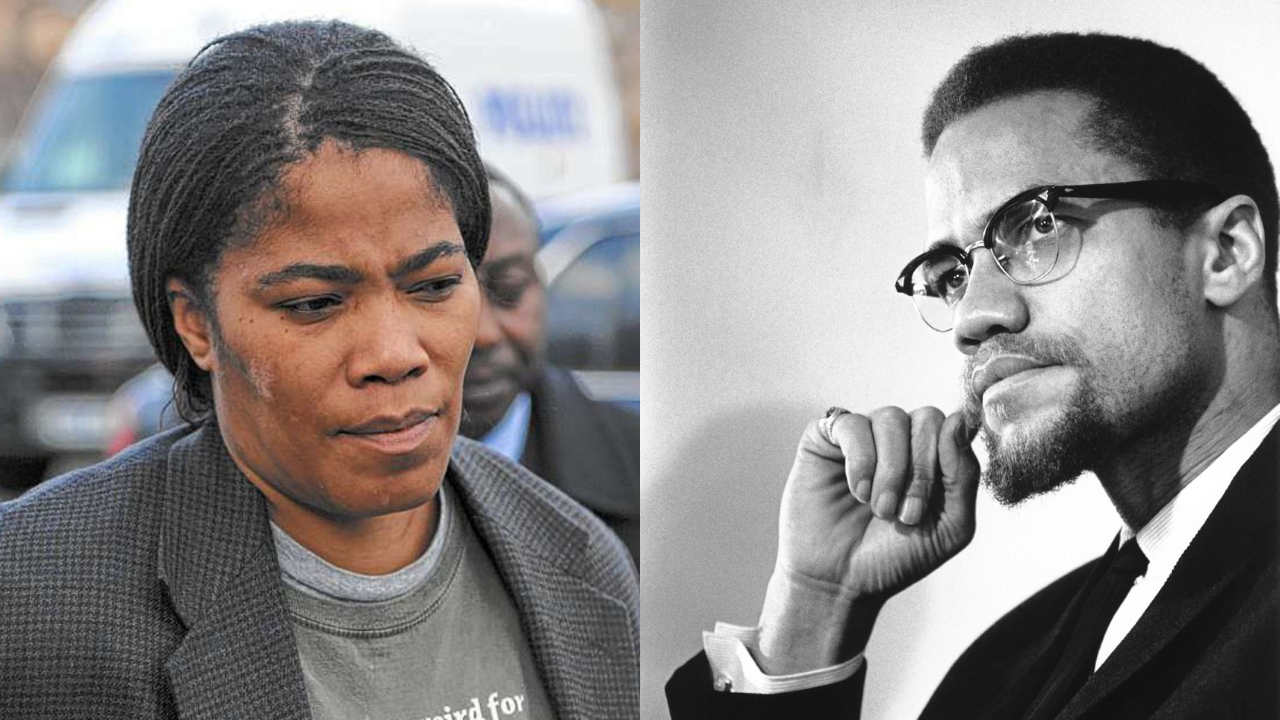 The public expressed shock and sadness Tuesday, one day after Malcolm X’s daughter, Malikah Shabazz, was found dead at her home in Brooklyn, N.Y.

Shabazz, 56, never got to meet her famous father because her mother was pregnant with her when Malcolm X was assassinated in 1965. The death of Shabazz, who was a twin, came just days after a New York State Supreme Court judge exonerated two men in Malcolm X’s death, saying the FBI and the New York City Police Department withheld evidence.

“I was saddened to learn that Malikah Shabazz, daughter of civil rights icon Malcolm X, and a member of our Brooklyn community, passed away last night,” U.S. Rep. Yvette Clarke, a Democrat who represents Brooklyn, told Black News & Views in an email.

“Malikah’s life began only months after her father was assassinated in 1965,” Clarke continued. “In the decades since, she lived to see once-impossible progress and strides towards true equality only achievable through the work of her father and those who shared his dedication and resolve to improve the lives of Black people in America.”

In expressing her condolences, Clarke also referenced the Malcolm X legacy in Black America. “This is truly tragic and a terrible loss for our community,” Clarke said. “My deepest condolences go out to her loved ones; may Malikah’s memory bring them only comfort and peace, and may she rest in power.”

“My heart goes out to her family, the descendants of Dr. Betty Shabazz and Malcolm X. Dr. (Betty) Shabazz was pregnant with Malikah and her twin sister, Malaak, when Brother Malcolm was assassinated. Be at peace, Malikah.”

“It’s so horrible,” Mayor Bill de Blasio told reporters Tuesday. “To Malcolm’s family, (I) just say, there are millions and millions of people in New York City and all around the country who love you, who care about you, who embrace you, who embrace his legacy, and … I’m so sorry for what they’re going through right now, in any way we can support them, we all need to.”

Shortly before 5 p.m. Monday, the NYPD responded to a call about an unconscious person inside her apartment in the Midwood section of Brooklyn, according to the NYPD.

The New York Daily News reported that it was Shabazz’s daughter, Bettih Shabazz, who found her unresponsive. The news organization also reported that Shabazz was suffering from a long-term illness, though this could not be immediately confirmed with the NYPD.

When police arrived, they found Shabazz unresponsive and emergency medical workers pronounced her dead on the scene.

The city’s medical examiner will determine the cause of death, according to Det. Denise Moroney, NYPD spokeswoman.

“The incident does not appear suspicious at this time and (the) investigation remains ongoing,” Moroney said.

“We are investigating and the cause of death is pending the final results of additional testing, but the death does not appear to be suspicious following initial review,” said the spokeswoman, Julie Bolcer.

Malcolm X, born Malcolm Little, was fatally shot on Feb. 21, 1965, at the Audubon Ballroom in Manhattan while getting ready to give a speech. He was 39. His wife, the late Dr. Betty Shabazz, was pregnant with Malikah Shabazz and her twin sister, Malaak Shabazz, at the time.

Malaak Shabazz, posted an image on her Instagram feed that appeared to be of her sister at Madiba Restaurant in Brooklyn.