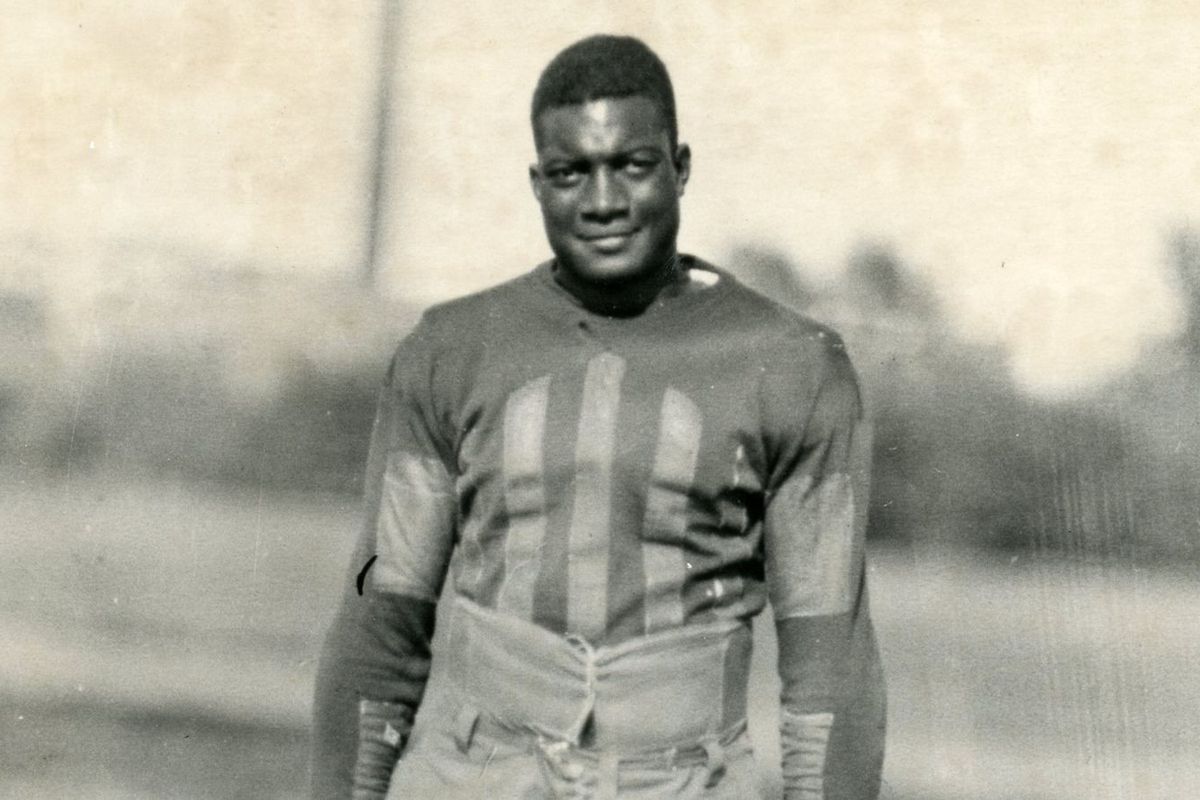 The resemblance is stunning. More than 100 years separates George Trice and his distant cousin but the almost mirror-like image between Trice and his ancestor, Jack, is symbolic of Trice moving the family name forward.

“We have recognition for [my descendant] in Iowa, and now we want to broaden it by giving scholarships to students at [Cleveland’s] East Tech, where he went to high school,” said Trice, a senior business consultant for Nationwide.  “That’s important to Iowa State, East Tech and the Trice family.”

Jack Trice’s journey began when he left Cleveland and enrolled at Iowa State University in 1922.

He was the first Black person to play a varsity sport for the school. Thirty-two years earlier, inventor George Washington Carver became the first Black student at Iowa State.

In Trice’s first varsity football season, the following year, he was badly injured in a game at Minnesota. He was taken to a hospital, and shortly after, he traveled back to Ames, Iowa by train. Trice died two days later from internal bleeding.

The school took his death hard. Classes were suspended. Thousands of students and faculty attended his memorial service at the center of campus. Money was raised to send Trice’s body back to Ohio.

Shortly after his memorial, questions surfaced about whether the Minnesota players intentionally hurt Trice because of his race. He was the only Black player on the field. It became such an issue that Iowa State didn’t renew its contract to play Minnesota for 66 years. The two teams didn’t play again until 1989 at Iowa State.

Trice’s memory didn’t die. Iowa State’s student body government voted unanimously in 1974 to recommend that the school name the new football stadium after him. It took 23 more years, but it all led to the name Jack Trice Stadium in 1997.  It remains the only major college stadium named after a Black person.

And George Trice hopes Jack Trice’s legacy will live on through an annual college scholarship.