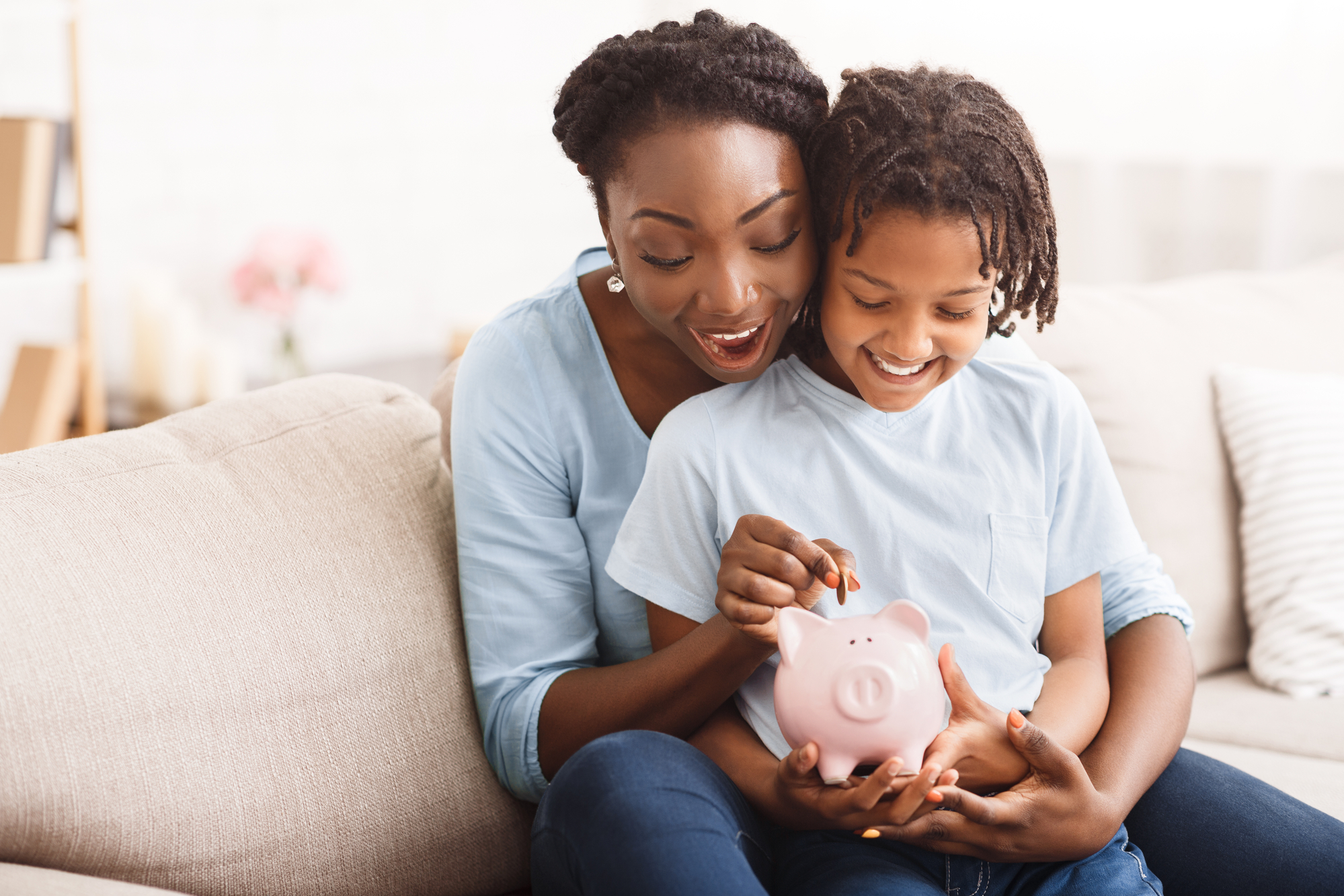 While she’s at work, Kathryn Procope, the executive director of the Howard University Middle Schools of Mathematics and Science, is in the business of grooming young Black minds.

The public charter school located on Howard’s campus in Washington, D.C., is creating a pipeline for STEM careers at the middle school level.

Procope says financial literacy and money management is baked into what they teach.

She believes it’s critical to start children on a path to money management and investing at the very early age of 5 years old.

About two years ago Procope purchased Stockpile Gift Cards for her five grandchildren who range in age from 7 to 14 years old.

“I want them to recognize that when you appropriately manage your money, it works for you.”

Stockpile is an online brokerage that’s registered with the Security and Exchange Commission.  Their gift cards are easy to use.  When you purchase the card, you choose the stock and the amount you want to give.  There’s a $500 limit.  No other fees are associated with the purchase—there are no gifting fees, debit card fees or trade commission fees.

“You get a fraction of a percentage of a stock,” Procope said.  “You can get a card, say it’s $25 of apple stock or $25 in google stock.  So, what happens is the child gets this and is able to manage, understand how the stock market works and see that money grows, and create something on the lines of generational wealth as opposed to a gift card that they’re gonna quickly spend on something silly and then the money is gone.”

There’s also the Greenlight debit card and app.  With Greenlight, kids can earn money based on the chores they do, they can set savings goals as well as spend and invest their cash.  Parents set the parameters, choosing where their kids can spend and set cash withdrawal limits from ATM machines.  They also get real-time alerts every time the card is used.

The budding entrepreneurs are already learning the lessons of money management through programs like the Greenlight debit card and Spotlight accounts _ and having fun along the way.

“Stockpile is cool because we really own stock in Apple and Nike, not just buying their products,” 13-year-old Nate says.

Even the younger ones had definite opinions and favorites.

“I spend cash really fast but not so fast with Greenlight,” 9-year-old Avery said. “Mimi says we own part of Apple computers so that is cool.”

For Karson and Evan, the 7-year olds, it’s simple math.  “We don’t spend the money as fast with the Greenlight card.”

But they all say one bonus is they have learned how to save money for the things they want, and they don’t have to wait until birthdays or Christmas.

And how do they rate them as Christmas gifts?

“Greenlight would be good because it is like getting a gift card only better.” Avery said

“If your parents explain what Stockpile is,” Nate said, “That is cool too, especially if the company is one you know about.”

“I think the idea of starting financial literacy as early as possible is important. My son has a wallet that he keeps his previous Christmas and birthday money in, and it just sits there and we at times discourage spending when it seems to be wasteful,” Calloway said. “I was trying to find ways to encourage or give him a better understanding of how money works so that was my initial thoughts when looking at a Greenlight card.”

But the 36-year-old businessman from Wiley, Texas settled on a custodial account instead.

“With Greenlight there’s a monthly fee so to me the value add if he’s not spending money on a monthly basis, weekly basis and seeing those transactions happen is not there.”

Custodial accounts are savings or investment accounts that are in the child’s name but are managed by an adult until they “come of age” _  usually between 18 and 25, when they can then take over the account.  There are two main types: the Uniform Transfers to Minors Act (UTMA) and the Uniform Gift to Minors Act (UGMA). These accounts are usually through a bank, a brokerage or other financial institutions.

Calloway said he never considered that he could own stocks until he was in college and now wants his children to know, at an early age, how important it is to their financial growth.

“They get birthday cards and money and things like that.  Now to really focus on where that money will go and how it should be used, I think will benefit our kids in the long run.”

“To be able to speak in a way,” Calloway continued, “Or, being able to articulate yourself in different spaces and understand how money works it’s important and it’s not something that’s going to go away, it’s not something that you can escape so why not know as much about it and know how you can use certain tools to benefit yourself.”

Whatever you decide works best for you and your children, giving the gift of financial self-sufficiency is a win, win.

Her final pitch: “I hope that parents as they’re doing that Christmas shopping and thinking about what to get, they’ll look at potential, looking at debit cards, looking at stocks, looking at creating savings accounts.  It may be the thing that the kid throws to the side like the socks, however they’ll come back to it.  It’s not the flashy gift, it’s not new Jordan’s or whatever the kids are asking for, PS5 or the Xbox-X, however when those other things get, you know, a little dull around January time frame, they’ll come back to it.”