Local efforts to help your community this winter 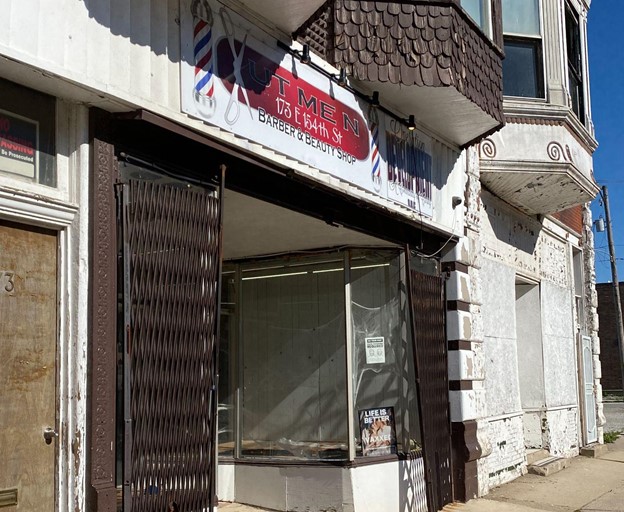 Supporting small-owned, Black businesses is one of several ways you can give back to your community this holiday season.

The holiday season is usually a joyous time for most but it can also be a time when financial hardships can put a damper on the celebrations. This year is not the first holiday season where other issues dominate the news and even support for those who need an additional boost.

Some people will be in the presence of family surrounded by cheer this holiday. But for those who are not, here are a few ideas of how to give back to your community and be in fellowship as the season of giving approaches.

Start a community fridge or pantry

Community fridges are regularly stocked with free, donated perishable and non-perishable foods and household items. In Chicago, the Resident Association of Greater Englewood (R.A.G.E.) helped create one out of an abandoned corner store in the Englewood neighborhood on the South Side in 2020 after they learned many residents were struggling with access to healthy food in a Southside neighborhood with few grocery stores.

A survey from the Centers for Disease Control last fall revealed nearly 94 percent of respondents reported being food insecure. Food insecurity was already an issue prior to the pandemic but has been exacerbated by pandemic-induced economic hardships such as job losses or tending to families members because their guardians died of COVID-19.

If you can’t start a pantry, consider donating to grassroots organizations combating food insecurity. In New Orleans, Southern Solidarity where organizers deliver food and basic household items to the homeless downtown. Their donation site even has a transparent finances section about how they spend the funds they receive.

Send a letter to incarcerated people

While cities nationwide de-carcerated jails to reduce the transmission of COVID-19, many have loved ones still behind bars. Send a letter to an incarcerated person _ even if you do not know them personally.

Black and Pink, an abolitionist organization based in Omaha, Nebraska, has a toolkit for writing letters to incarcerated LGBTQ+ people that spread positivity and spark connection. The American Friends Service Committee based in Philadelphia, Pennsylvania, also has designs for letters you can use.

In the wake of the 2020 civil unrest, corporations issued pledges to pump greater capital into Black entrepreneurs and businesses. While some lived up to their promises, many have not. But for individuals looking to circulate the Black dollar, there are services to help.

Established in the spring of 2021, Miiriya is a mobile application that helps you locate Black-owned businesses. These applications are becoming increasingly popular at a time when Black entrepreneurs need the additional support. Earlier this year, the United States House Small Business Committee released a report that revealed between February and April 2020, Black business ownership rates declined 41 percent. That was the greatest decline of any racial group in the report.