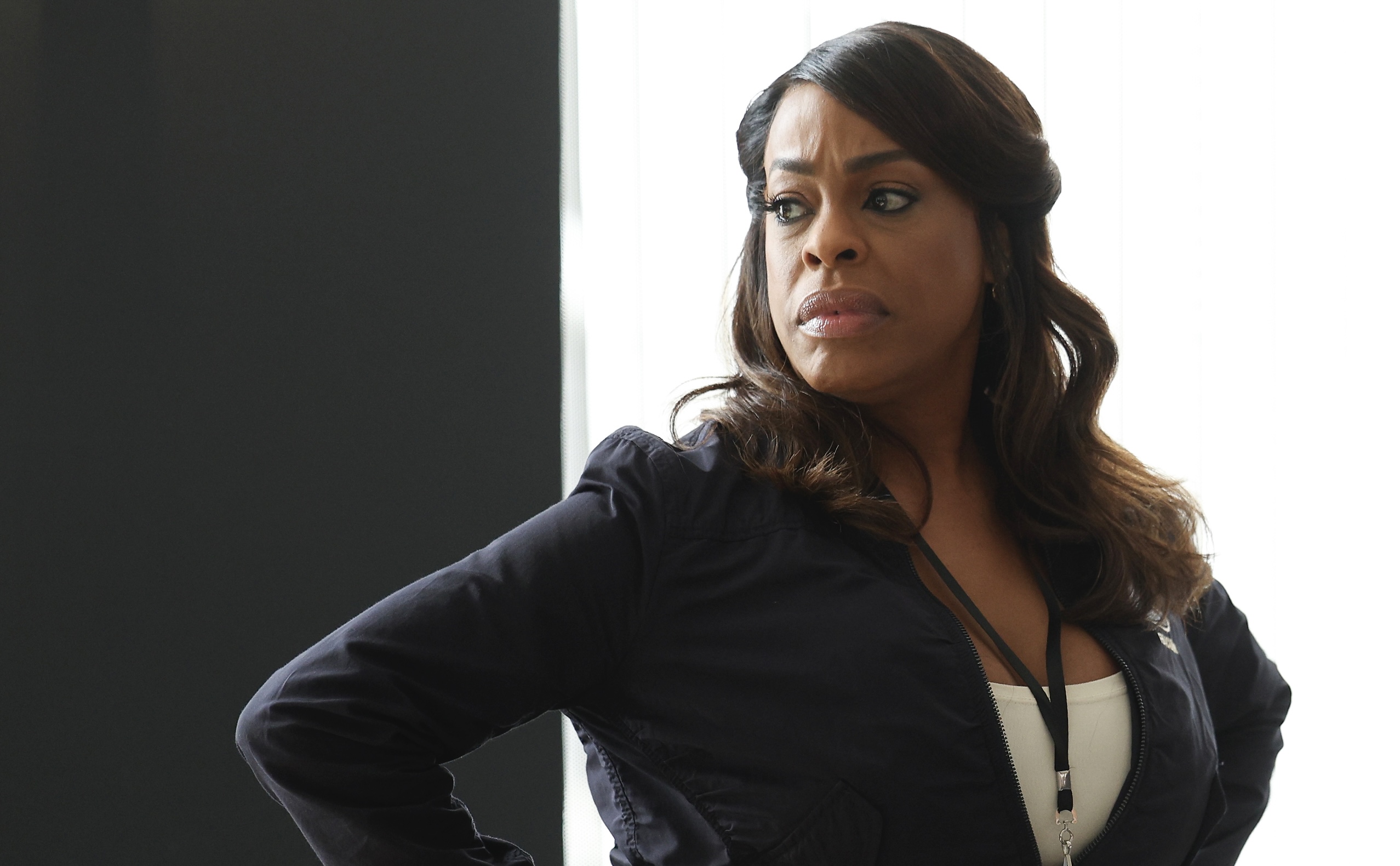 NEW YORK – As more Black-centered stories are being told in movies and TV shows, there’s a better on-screen reflection of the diversity of Black people. The entertainment industry is starting to recognize that not all Black-oriented stories have to be about crime, poverty, or drugs — although those struggles are real too. The new movies and TV shows releasing in the fall of 2022 exemplify the range of Black life experiences.

Behind the scenes, Black movies and TV shows are now being run by more Black women than ever before. Robin Thede, creator/showrunner of HBO’s Emmy-winning comedy variety series “A Black Lady Sketch Show,” tells Black News & Views that in order to bring more authenticity to their projects, Black directors and showrunners tend to hire more Black people than their non-Black counterparts.

“When the people who run the show look like you, what you have to bring to the table is valued,” Thede comments on Black entertainment leaders hiring Black people.

Thede also notes that Black women creators in movies and TV have been making strides in large part because, compared to five years ago, there are now more Black women in high-ranking executive positions at movie and TV studios, TV networks, and streaming services.

“There are so many great Black women working in the executive space,” Thede says. “Without that support, we can’t continue to do the work we do.”

“Becoming Frederick Douglass” – The life story of abolitionist/scholar Frederick Douglass is told in this documentary, directed by Stanley Nelson and Nicole London. Premiering on PBS on a fall 2022 date to be announced.

“Entergalactic” – Originally conceived as a limited series, this animated musical is based on Kid Cudi’s 2022 album of the same name. Kid Cudi has the starring role as the voice of New York City-based aspiring artist Jabari, who tries to balance his career dreams with romance. The “Entergalactic” voice cast include Jessica Williams, Ty Dolla Sign, Keith David, Laura Harrier, Jaden Smith, and Teyana Taylor. Kid Cudi and Kenya Barris are among the executive producers. Premiering on Netflix on September 30, 2022.

“Harriet Tubman: Visions of Freedom” – Civil rights pioneer Harriet Tubman and her fight to end slavery are chronicled in this documentary, directed by Stanley Nelson and Nicole London. Premiering on PBS on October 4, 2022.

“The Inspection” – Written and directed by Elegance Bratton (“Pier Kids”), this drama stars Jeremy Pope as openly gay Ellis French, who experiences homophobic bullying in the U.S. Marines. Bokeem Woodbine and Gabrielle Union are among the movie’s co-stars. In theaters on November 18, 2022.

“A Jazzman’s Blues” – Tyler Perry wrote and directed this romantic drama, starring Joshua Boone and Amirah Vanna, about forbidden love in the South. Premiering on Netflix on September 23, 2022.

“Lineage” – In this drama, Dawn Halfkenny stars as attorney Robyn Montross, who returns to her hometown and uncovers family secrets and lies. “The Young & the Restless” alum Victoria Rowell, who directed Lineage, has a co-starring role as Robyn’s relative Elaine Montross. Premiering on TV One on a date to be announced.

“Nanny” – This feature-film debut from writer/director Nikyatu Jusu won the 2022 Sundance Grand Jury Prize in the U.S. Dramatic Competition, making it the first horror movie to win this award. Anna Diop stars as Aisha, an undocumented immigrant from Senegal, who is a nanny for an affluent New York City family. Aisha is haunted by nightmarish visions and the anguish of being separated from her young son. In theaters on November 23, 2022. Premiering on Prime Video on December 16, 2022.

“On the Come Up” – Based on Angie Thomas’ acclaimed 2019 novel, this drama is about the world of rap battles from the perspective of 16-year-old aspiring rapper Bri, played by Jamila C. Gray. Sanaa Lathan, who makes her feature-film directorial debut with this movie, has a co-starring role. Other cast members include Da’Vine Joy Randolph, Lil Yachty, Mike Epps, and Cliff “Method Man” Smith. Premiering on Paramount+ on September 23, 2022.

“The Rebellious Life of Mrs. Rosa Parks” – Based on Jeanne Theoharis’ 2013 nonfiction book of the same name, this documentary about civil rights icon Rosa Parks tells a lot more to her story than her history-making 1955 arrest for refusing to give up her bus seat for a white man in Montgomery, Alabama. The documentary (directed by Yoruba Richen and Johanna Hamilton) includes accounts of Parks’ own personal struggles and tragedies, as she refused to get rich from her civil rights fame. Premiering on Peacock on October 19, 2022.

“Sidney” – Oscar-winning acting legend Sidney Poitier, who passed away in January 2022, gets a definitive visual biography in this documentary directed by Reginald Hudlin, produced by Oprah Winfrey, and authorized by the Poitier family. Denzel Washington, Halle Berry, Spike Lee, and Lenny Kravitz are among the celebrities who offer their commentaries on Poitier’s amazing life and groundbreaking legacy. In theaters and on Apple TV+ on September 23, 2022.

“Till” – This heart-wrenching drama (directed by Chinonye Chukwu) tells the true story of Mamie Till-Mobley’s quest for justice after her 14-year-old son, Emmett Till, was murdered in a lynching in 1955, because of a false accusation from a white woman. Danielle Deadwyler stars as Till-Mobley, and Jalyn Hall has the role of Till. Other cast members include Whoopi Goldberg and Frankie Faison. In theaters on October 14, 2022.

“The Woman King” – Talk about perfect casting: In this history-based drama, Oscar-winning acting queen Viola Davis plays General Nanisca, the leader of an all-female group of Agojie warriors, who are on a mission to protect the West African kingdom of Dahomey in the 19th century. Cast members also include Lashana Lynch and Joh Boyega. Davis and her husband, Julius Tennon, are among the producers of “The Woman King,” which was directed by Gina Prince-Bythewood (Netflix’s “The Old Guard”), one of the few Black women who directs big-budget action films. In theaters September 16, 2022.

“From Scratch” – Zoe Saldana stars in this eight-episode drama series, based on actress Tembi Locke’s memoir, about an African American woman’s passionate but tragic romance with an Italian man, whom she met in Sicily. “From Scratch” is executive produced by showrunner Tembi Locke, her sister Attica Locke, and Saldana. Premiering on Netflix on October 21, 2022.

“The Hair Tales” – Black women get real about Black female hair in this six-episode docuseries, whose executive producers include Oprah Winfrey, Tracee Ellis Ross, and Michaela angela Davis. Premiering on OWN and Hulu on October 22, 2022.

“The Jennifer Hudson Show” – Jennifer Hudson has won an Emmy Award, Grammy Awards, an Oscar, and a Tony Award — which places her in the exclusive EGOT club. And now, she’s adding the job of daytime talk show host to her long list of accomplishments. Hudson is among the executive producers of the program, which is being led by former “Ellen DeGeneres Show” showrunners Andy Lassner and Mary Connelly. Premiering in syndication on September 12, 2022.

“Karamo” – Karamo Brown, who’s best known as the culture expert from Netflix’s Emmy-winning personal makeover series “Queer Eye,” will continue with “Queer Eye,” in addition to hosting and executive producing his own daytime talk show. “Karamo” will focus on issues about relationships and families. In most cities, “Karamo” will have the same time slot that used to be occupied by “Maury.” Premiering in syndication on September 19, 2022.

“Model America” – This four-episode docuseries examines race relations from the perspectives of residents of Teaneck, New Jersey, which is an active hub for the Black Lives Matter movement. MSNBC president Rashida Jones is one of executive producers of the series. Premiering on MSNBC on September 18, 2022.

“Reasonable Doubt” – Fans who miss “How to Get Away With Murder” and “Scandal” might want to check out this soap opera-ish legal drama, starring Emayatzy Corinealdi as Jax Stewart, a Los Angeles defense attorney with questionable ethics. Former “Scandal” star Kerry Washington is one of “Reasonable Doubt’s” executive producers, along with showrunner Raamla Mohamed. Michael Ealy is one of the co-stars. Premiering on Hulu on September 27, 2022.

“The Rookie: Feds” – In this drama series spinoff of “The Rookie,” Niecy Nash-Betts stars as Simone Clark, the oldest rookie in the FBI Academy. Nash-Betts is executive producing, along with showrunner Alexi Hawley and Terence Paul Winter. Frankie Faison is among the show’s cast members. Premiering on ABC on September 27, 2022.

“Sherri” – Comedian/actress Sherri Shepherd, who used to be a co-host of “The View,” is getting back into the daytime talk show game full-time, as the star of her own show, which will be seen in most cities where “The Wendy Williams Show” used to be. Several former “Wendy Williams Show” staffers, including “Sherri” showrunner David Perler, are on the “Sherri” team. Shepherd and her producing partner Jawn Murray are among the show’s executive producers. Premiering in syndication on September 12, 2022.

“Transformers: EarthSpark” – In this animated series, a Black American family adopts the first Transformers robots born on Earth. The voice cast includes Benni Latham as matriarch Dot Malto and Jon Jon Briones as patriarch Alex Malto. Voicing the characters of Dot and Alex’s two kids are Sydney Mikayla as 13-year-old boy Robby Malto and Zion Broadnax as 9-year-old girl Morgan “Mo” Malto. Premiering on Paramount+ in November 2022, on a date to be announced.