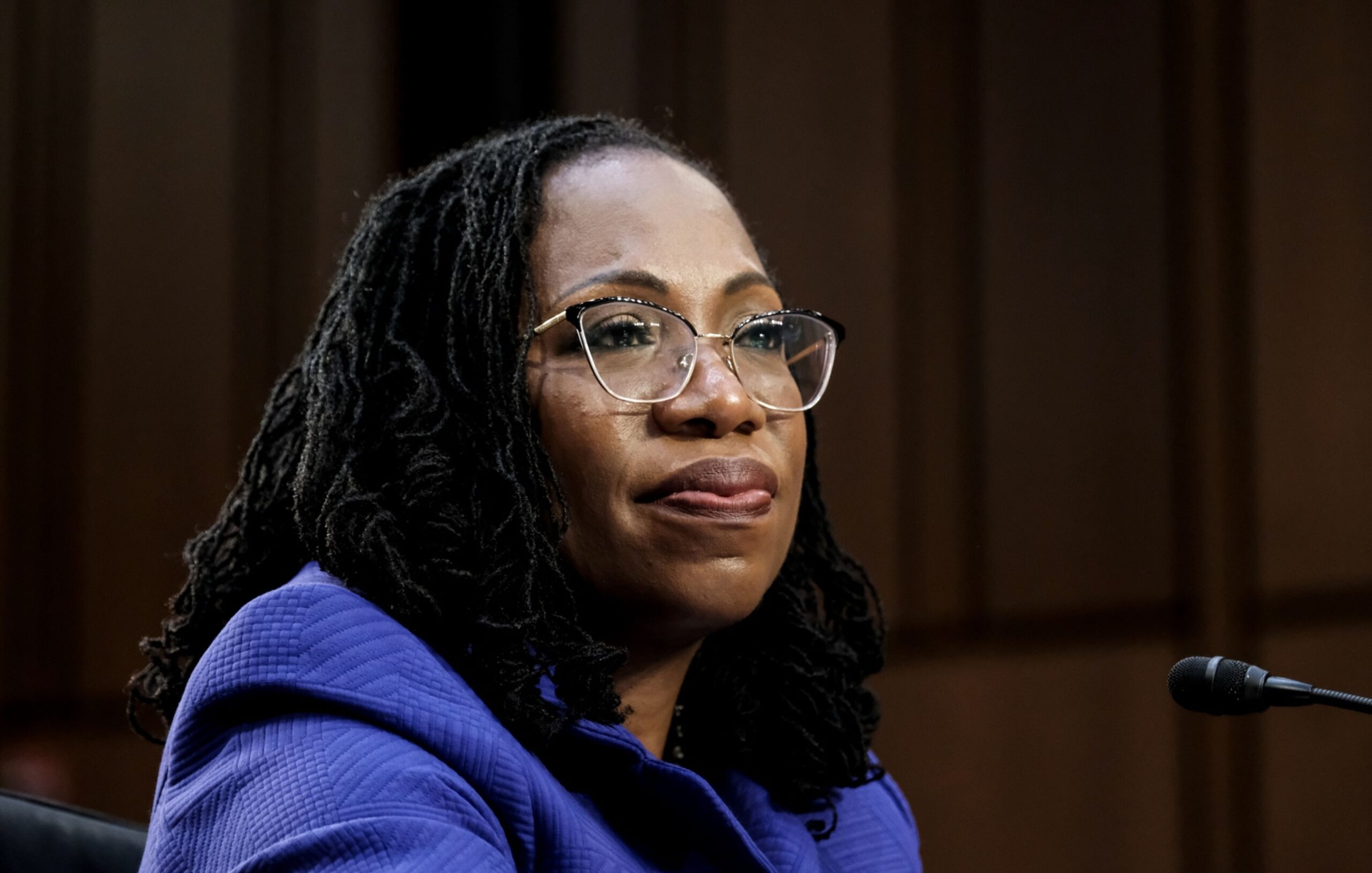 The US Supreme Court’s conservative wing considered limiting the creation of majority-Black voting districts, even amid forceful pushback from new Justice Ketanji Brown Jackson.
The court is considering whether Alabama must draw a second heavily Black congressional district for a state that has seven House seats and a 27% Black population. The case could deliver a fresh blow to the Voting Rights Act, the 1965 law designed to protect minority voters at the ballot box.

In a nearly two-hour argument session, Jackson, the court’s first Black female member, bristled at suggestions from a lawyer for Alabama that redistricting needed to be done in a race-neutral way. She said the framers of the post-Civil War amendments to the Constitution were focused on racial inequalities and understood they were authorizing Congress to address them.

Those framers “were in fact trying to ensure that people who had been discriminated against — the freedmen during the Reconstruction period — were actually brought equal to everyone else in the society,” Jackson said. The Voting Rights Act, she said, “by its text is doing that same thing.”

The case could give lawmakers more leeway to draw maps without considering the impact on racial minorities. It’s likely to affect pending litigation over congressional maps in Texas, Louisiana and Georgia, as well as similar fights over state and local voting lines.

The clash is one of two redistricting disputes on the court’s 2022-23 agenda, along with a far-reaching North Carolina fight that will test the power of state courts to invalidate congressional maps as too partisan.

Ruling Blocked
A three-judge panel said Alabama was probably violating the Voting Rights Act with its map, drawn by the GOP-controlled legislature, that included just one Black district. A divided Supreme Court blocked that ruling in February, letting the Republican-drawn map be used in the Nov. 8 election.

The high court argument didn’t give a clear indication as to the outcome. Several conservatives, including Justice Amy Coney Barrett, explored what they said would be a narrow ruling that wouldn’t force map challengers to show intentional discrimination against minorities.

Barrett suggested requiring challengers to show they could achieve their desired result without explicitly considering race as part of the process.

Another conservative, Justice Brett Kavanaugh, didn’t tip his hand, focusing primarily on the standard for judging alternative maps proposed by the challengers. Kavanaugh told Alabama Solicitor General Edmund LaCour that the challengers weren’t proposing the type of “bizarre” lines the court had previously struck down as racial gerrymanders.

Kavanaugh also said one of the proposed alternatives “did just as well, if not better, in respecting county, at least that’s the argument.”

LaCour told the justices the lower court had ordered the state to “subordinate traditional redistricting principles to race.”

‘Nothing Neutral’
Two sets of challengers say the GOP-drawn maps dilute minority strength in part by dispersing voters in so-called Black Belt, a largely rural area originally named for the color of its fertile soil.

“There is nothing neutral about Alabama’s map,” said Deuel Ross, a lawyer with the NAACP Legal Defense & Educational Fund, which represents one group of voters. The Biden administration is backing the challenge.

The argument was in part a technical fight over a multipart test the Supreme Court set up in 1986 to assess redistricting claims. That test focuses on whether a minority group is large and geographically compact enough to form the core of a district and whether racial bloc voting is pervasive in the area. The 1986 case also told judges to look at history and the government’s justifications for its district lines.

The case involves the Voting Rights Act’s Section 2, which outlaws election rules that discriminate on the basis of race. The Supreme Court has said in the past the law bars states from drawing voting lines in a way that dilutes the power of racial minorities.

The lead case is Merrill v. Milligan, 21-1086. The court is scheduled to rule by late June.