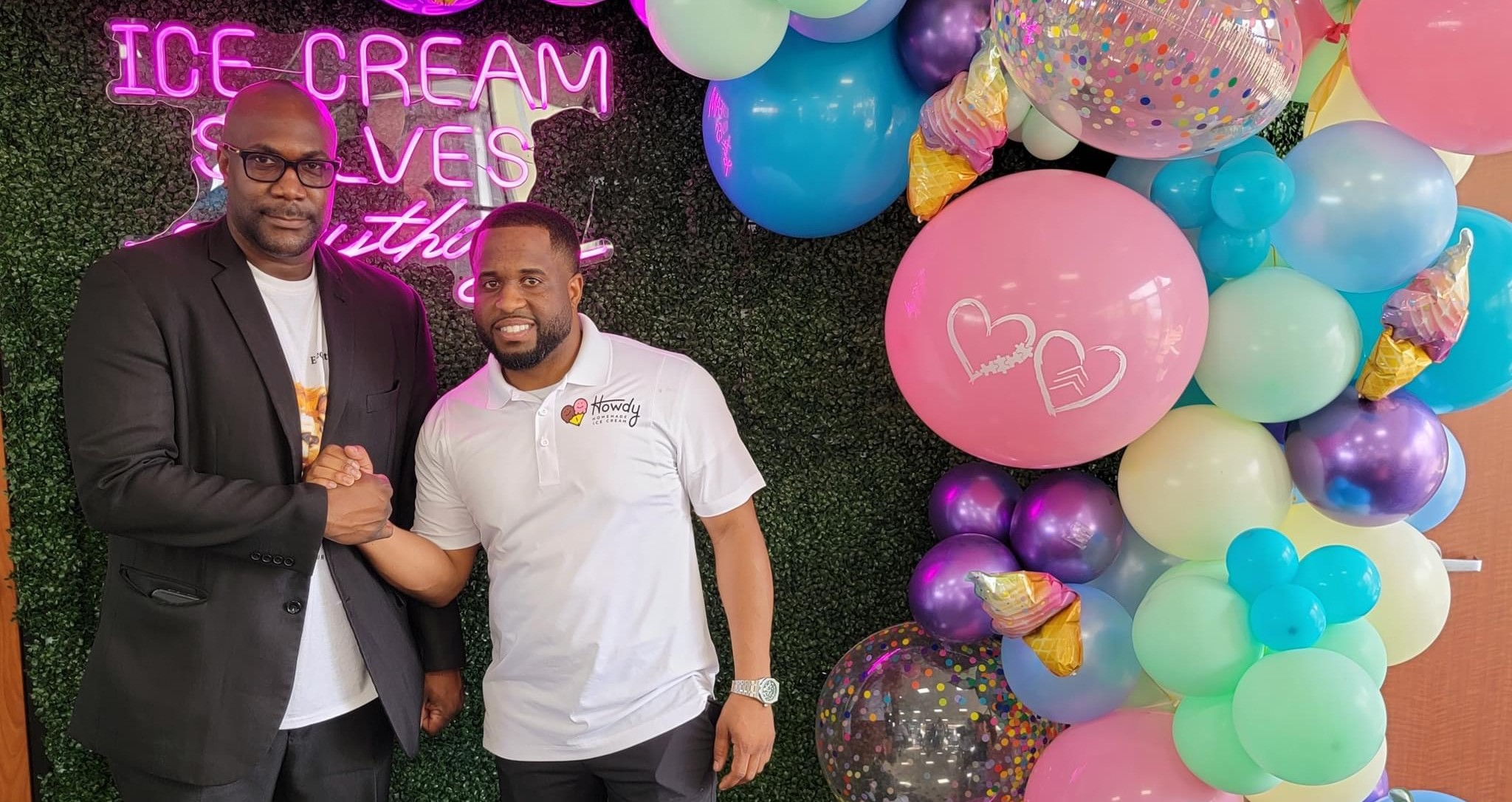 Howdy Homemade was founded in Dallas in 2016 by restauranteur Tom Landis with a singular mission in mind: to create jobs for people with intellectual and developmental disabilities.

Batson first heard of the organization when it was featured during a national news program. He was immediately inspired. Batson reached out to Landis with hopes to open a franchise to which Landis agreed.

When a profile of Batson appeared on NBC’s Today Show, Trae the Truth caught wind of the venture and contacted Batson. Not only does Trae have a philanthropic spirit and passion for his community, but he also has a son with special needs.

The cause behind Howdy Homemade Ice Cream is near and dear to Batson’s heart as well. Right out of college, Batson worked in child protective services. He says that his heart has always been with helping individuals that are underserved, whether that be the inner city kids or the special needs population.

Batson transitioned out of child protective services and began working in the medical sales field. In November 2020, Batson considered opening a storefront. He was searching for franchises to diversify his portfolio when he came across Howdy Homemade.

“When I saw this concept, it just hit home for me,” Batson recalled. “My first cousin who just passed away in March of this year, had Down syndrome and I was really close to him.”

The franchise in Katy opened on July 22, otherwise known as “Trae Day”, the rapper’s honorary day in Houston. Batson says there’s been a line going out of the door ever since.

Trey Brandt, 25-year-old Howdy Homemade employee, says, “I love my new job. Working for Roderick is the best thing that’s ever happened to me.”

And Brandt doesn’t feel alone with his sentiments. About 90% of the staff at Howdy’s has either Down syndrome, autism or intellectual disabilities.

“Unlike other companies who gives this population the graveyard shift like taking out the trash, or tidying up the bathroom, our staff is on the front lines. They scoop the ice cream, greet the customers, and handle the cashier,” said Batson. “And trust me, they work harder than I do.”

Ice cream flavor favorites at Howdy’s include Dr. Pepper, Chocolate Chip, the Trae funnel cake, and cookies and cream. But for Brandt, it’s not about the ice cream that makes coming to work so much fun. It’s the feeling that someone took a chance on him.

“No matter where life takes you, always follow your dreams and keep doing what you do best. Never give up on yourself, says Brandt.

Batson and Trae have plans to open two more stores in Houston and one more in San Antonio, Texas.

PrevPreviousBeyoncé gets candid, talks about her struggles with insomnia, diets
NextStudents from top 10 HBCUs changing the worldNext