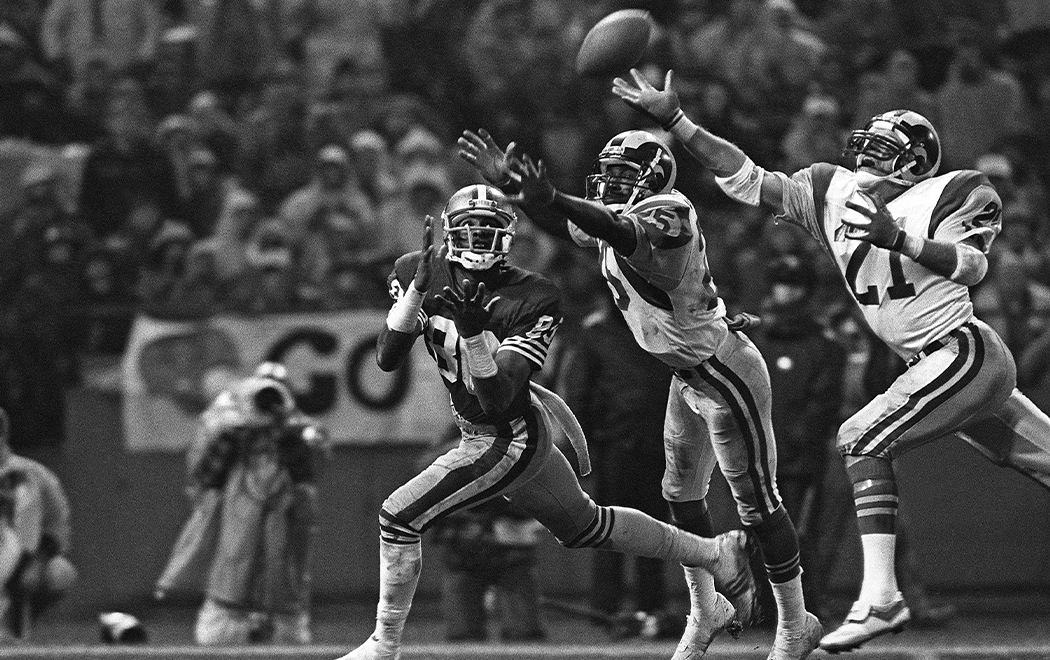 Dorsett was magical as soon as he stepped in the door for the Panthers. He would ultimately finish his career with two seasons of over 1,600 yards rushing and his last season, he finished with 2,150 yards putting him at 6,526 yards for his career. Couple that with 59 rushing touchdowns and that explains the dominance of the 1976 Heisman Trophy winner over his time at Pittsburgh.

Walker was a force ever since he entered college. From his freshman year on, he owned the SEC every time he stepped on the field. Walker was the SEC Player of the Year for all three seasons he played at Georgia along with wining the Heisman Trophy and Maxwell Award his junior season. Walker would total 5,259 yards rushing in three years long with 49 rushing touchdowns. He was a man amongst boys.

Ron Dayne may not have been as great as people thought he would be in the NFL, but he was dominant in college at Wisconsin. Dayne started all four years for the Badgers, totaling 7,125 total yards rushing, which included two 2,000 yard rushing seasons. He also totaled 71 rushing touchdowns and a Heisman Trophy (1999) along with being the all-time leading rusher currently in college football.

Ricky Williams got better and better over his college career, culminating in an incredible senior year, where he totaled 2,327 yards rushing and 29 touchdowns. He would finish his career with 6,592 yards rushing and 75 rushing touchdowns along with the 1998 Heisman Trophy on his way to becoming one of the best running backs in University of Texas history.

Griffin was a staple in the Buckeyes backfield for the entirety of his career. He totaled 5,589 yards on the ground along with 26 total touchdowns in his career while on his way to being the first and only player to win the Heisman Trophy two times in his career in 1974 and 1975.

Earl Campbell was outstanding from the moment he stepped on campus at the University of Texas. His nearly had 1,000 yards rushing his freshman year, but would have two 1,000 plus yard rushing seasons before he was done as a Longhorn. His career totals were 4,443 yards and 40 touchdowns in his 40 games in college and he also won the Heisman Trophy in 1977.

Playing baseball and football at Auburn, Jackson garnered a lot of attention on The Plains, but he was worth every bit of the attention he got. Jackson would total 43 career rushing touchdowns along with 4,303 career yards in his four years at Auburn while garnering the 1985 Heisman Trophy. He was truly feared each and every Saturday in the SEC.

Tomlinson wasn’t highly thought of coming out of high school in Texas and in his early days at Texas Christian University he wasn’t thought highly of either. However, the last two years he was a member of the Horned Frogs, he definitely made sure people knew his name. The talented running back ran for over 4000 yards in his last two seasons, leading the NCAA in rushing two years in a row. Along with the rushing yards, Tomlinson had 56 rushing touchdowns for his collegiate career.

Back in the 2000s, USC was must-watch television and Reggie Bush was standing front and center for what he did on the field. Plenty of games he would make the spectacular happen. He tallied only 3,169 yards rushing, but he also had 1,301 yards receiving, 1,522 yards on kick returns and 559 yards on punt returns and a total of 42 touchdowns combined. Brings new meaning to being dangerous at any point on the field and Bush surely was that.

McFadden just got stronger and stronger and stronger over his time at the University of Arkansas. He and Felix Jones physically whipped teams into submission each week running the ball all over them. As for McFadden, he totaled 4,590 yards rushing during his three years as a Razorback running back, including 1,830 yards in his junior year. He was one back no one wanted to see headed their way with his combination of power and strength.

Mike Patton is a freelance sports writer based in Nashville, Tennessee. He has covered sports for 10 years for various organizations and publications. He also is the host/producer of the Touring The AFC South podcast.