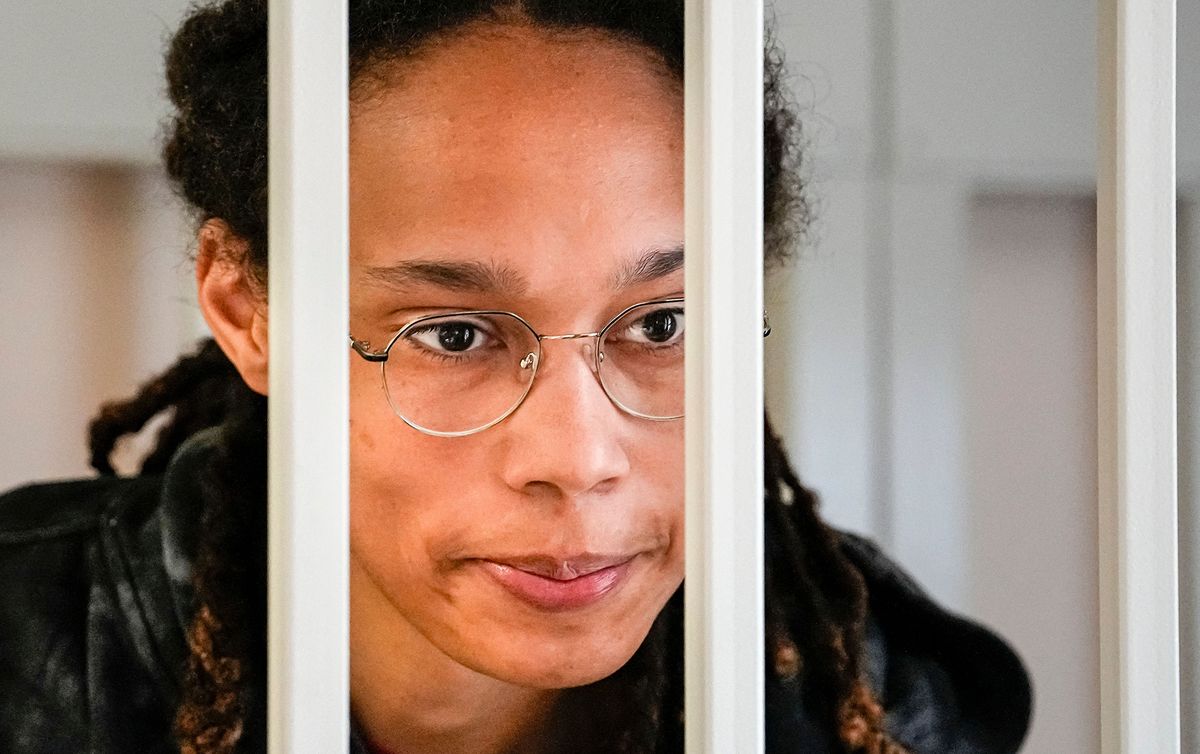 Secretary of State Antony Blinken said the US has made a “substantial” offer to Russia to free imprisoned Americans Brittney Griner and Paul Whelan, but the Kremlin said no deal has been reached yet.

The US proposal would swap the two for Russian arms dealer Viktor Bout, whose release Moscow has long sought, according to a person familiar with the plan. Blinken said he will discuss the issue in a phone call with Russian Foreign Minister Sergei Lavrov.

The call, announced in comments to reporters Wednesday, would come amid continuing sharp exchanges over the war in Ukraine. Blinken last spoke with Lavrov on Feb. 15 and then canceled a planned meeting with him two days before Russia launched its invasion on Feb. 24.

The Biden administration has declined to comment on whether it would agree to release Bout, a Russian arms dealer serving a 25-year prison sentence in the US, as part of a swap for women’s basketball star Griner and Whelan, a former US Marine.

The US previously had spurned the possibility of an exchange to free Bout, saying he was guilty of extensive illicit arms sales.

The US has already offered a swap for Bout but Moscow so far hasn’t accepted it, according to the person familiar with the proposal, who asked not to be identified discussing the negotiations. CNN reported earlier Wednesday that handing over Bout was part of the pending offer.

Kremlin spokesman Dmitry Peskov said Thursday there’s “no agreements” on any swap yet, noting that such matters usually aren’t discussed publicly until a deal is reached. But prisoners-rights activists said Russia is unlikely to accept a deal for both Griner and Whelan for Bout alone.

“Russian authorities will demand that Bout be swapped for only one American — and that will be Griner — or two for two,” said Eva Merkacheva. “Whelan, in the view of our authorities, is valuable to the Americans and they will ask for someone else in exchange for him.”

Ivan Melnikov, a prisoners-rights ombudsman with knowledge of the swap negotiations, said, “They were talking about one for one — Bout for Griner — and now they’ve added Whelan.”

Blinken declined to comment on Bout, saying only that Biden is willing to make “tough decisions” to free imprisoned Americans. At the White House, John Kirby, spokesman for the National Security Council, told reporters, “I’m not going to negotiate this thing in public, and I’m not going to talk about specific individuals.”

In my remarks, I shared that I expect to speak with Foreign Minister Lavrov for the first time since the war began. I will raise the wrongful detention of Americans and the need to implement the tentative deal on grain exports Ukraine, Russia, Turkey, and @UN reached last week.— Secretary Antony Blinken (@SecBlinken) July 28, 2022

Griner, a player for the WNBA’s Phoenix Mercury who plays for a Russian team during the off-season, was arrested in February after Russian customs officials said they found vape canisters containing cannabis oil in her luggage. Griner pleaded guilty to smuggling charges this month, saying the infraction was unintentional, in a move that could pave the way for a prisoner exchange.

Her Russian defense team is not involved in swap negotiations and any such deal would be possible only after the court issues a verdict, which is expected early next month, according to lawyer Maria Blagovolina.

Although Griner has attracted global headlines, Whelan, a former US Marine who was convicted of spying in 2020, has been in Russian custody far longer — since 2018. Biden spoke with Whelan’s sister this month, pledging to continue working for his release and that of other Americans wrongfully detained abroad.

“We put a substantial proposal on the table weeks ago to facilitate their release,” Blinken said Wednesday of Griner and Whelan. “Our governments have communicated repeatedly and directly on that proposal.”

Blinken said he intends to use the conversation with Lavrov “to follow up personally and, I hope, move us toward a resolution.”

Read more: Griner Admits Guilt as Russia Hits at US ‘Hype’ on Prisoners

Relatives of both Whelan and Griner have criticized the Biden administration over the length of their family members’ detentions and Washington’s apparent inability to secure their release.

“Our family appreciates the Biden administration seeking Paul’s release using the resources it has available,” Whelan’s brother David said in an emailed statement. “We hope that the Russian government responds to the US government and accepts this or some other concession that enables Paul to come home to his family.”

On the war in Ukraine, Blinken predicted that Russia’s next move will be to conduct “sham” referendums in captured Ukrainian territory. The top US diplomat said the war has “weakened Russia profoundly” despite President Vladimir Putin’s claims of success.

(A previous version of this story corrected a misspelling of Whelan’s name in one reference.)

–With assistance from Iain Marlow, Josh Wingrove and Nick Wadhams.