Who are the Top 10 HBCU Players of All Time in the NFL? 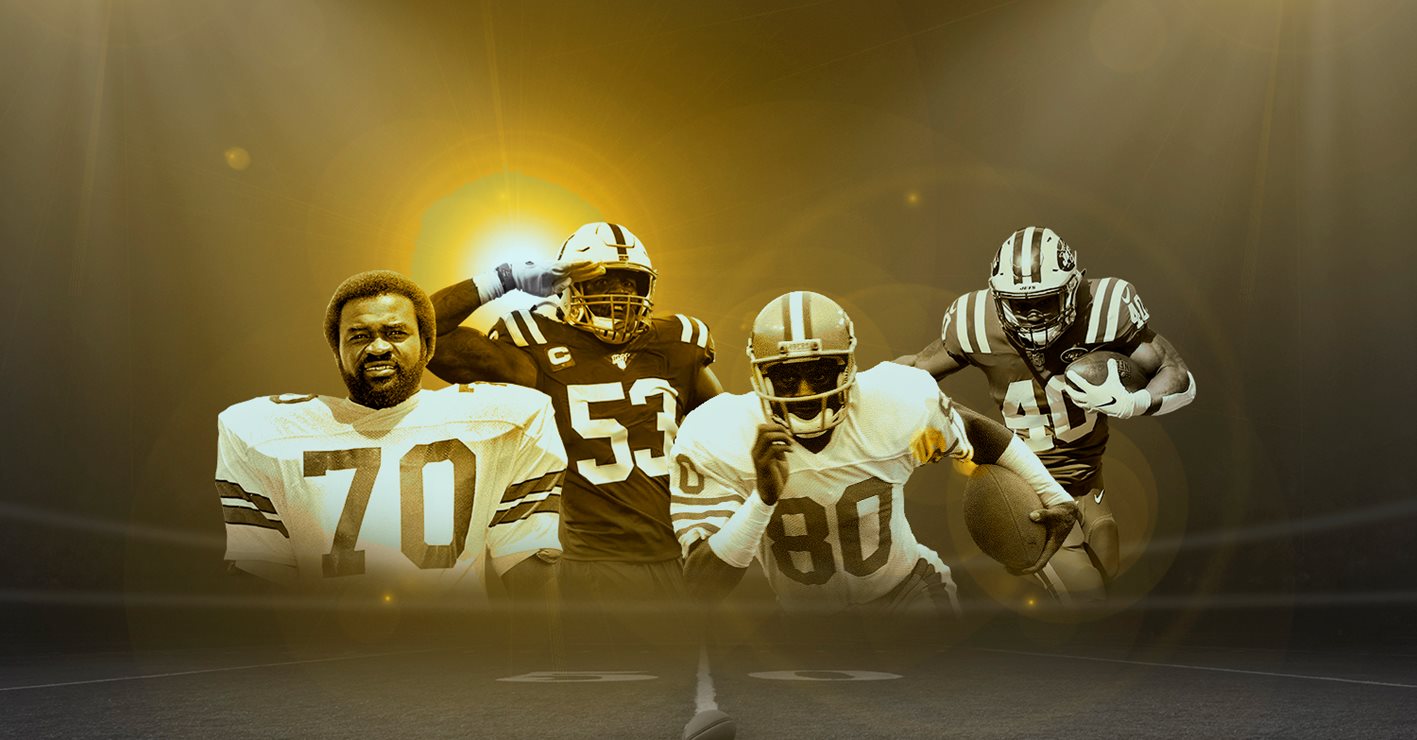 HBCUs have produced tons of talent over the decades the National Football League has been around. From amazing running backs to feared defensive linemen to shutdown corners and ram-tough quarterbacks, the NFL has seen the talents of players from HBCUs change the direction of the league while rewriting history. With that being said, it was tough to come up with the Top 10 HBCU players in the NFL of all-time, but here we are. Your Top Ten HBCU players in the NFL of all-time.

The former Mississippi Valley State wide receiver is considered the greatest wide receiver of all-time by many and with accolades like being a two-time NFL Offensive Player of the Year, 10-time first-team All-Pro, one-time NFL MVP among other accolades as a wide receiver, you know he was a bad man. And we didn’t even get into him being the NFL’s leaders in receiving touchdowns still to this day among other things. No receiver can compare to his numbers and accolades.

“Sweetness” entered the NFL as the Number 4 overall pick in the 1975. The former Jackson State Tigers simply took over the NFL with his incredible runs and heart. He finished his career in 1987 as the leading rusher in NFL history (eventually passed by Dallas Cowboy’s Emmitt Smith), having rushed for over 1200 yards in ten of his 13 NFL seasons. That type of production was unparalleled.

Deacon Jones was drafted in the 14th round of the 1961 (14th round no longer exists) and no one expected much out of the defensive lineman out of Mississippi Valley State. However, the “Secretary of Defense” was giving opponents nightmares before they played him. Sacks weren’t officially listed as a stat when he played, but if they were, he would have been third all-time with 173.5 career sacks. He was just that dominant.

The talented former Texas Southern defensive lineman landed with the New York Giants in the second round of the 1993 NFL Draft. From there, the city was his, as he accumulated 141.5 sacks for his career, which was good for 6th in NFL history. Add in a 2001 NFL Defensive Player of the Year award, a Super Bowl championship  and  four 1st team All-Pro selections and  it’s easy to see why he is on this list.

The former Morgan State Bear was drafted in the 2nd round of the 1967 NFL Draft by the Kansas City Chiefs and from there, history was made. He would become the first Black middle linebacker in the NFL and he did not disappoint. Lanier was a Super Bowl champion along with an eight-time All-Pro at linebacker as he set the mark for many generations to come at the position.

The former Tennessee State Tiger was picked in the 8th round by the Chicago Bears in the 1983 NFL Draft (There are no longer eight rounds in the NFL Draft, only seven rounds). And that was the beginning of his storied career. Dent would finish with 137.5 career sacks, good for a current tenth all-time tie. He also was named a first-team All-Pro once in 1985 along with being the 1985 Super Bowl MVP.

Coming out of Savannah State, Sharpe was considered too small for a tight end and too big to be a wide receiver.  Because of that, he fell to the seventh round before the Denver Broncos selected him. Who would know he would become one of the best tight ends in NFL history? He became the first tight end to amass over 10,000 yards receiving along with being a four-time first-team All-Pro and a three-time Super Bowl champion.

The former Southern Jaguar was selected in the third round by the Pittsburgh Steelers in the 1970 NFL Draft. He joined a defense that was full of very talented players and made his own legacy, tallying 57 career interceptions, which landed him at 13th on the all-time interception list. Combine that with 2 first team All-Pro selections and a NFL Defensive Player of the Year Award in 1975 and Blount cemented himself as one of the best defensive backs of all-time.

The former Alcorn State Brave was the third overall selection in the 1995 NFL Draft by the Houston Oilers (would later become the Tennessee Titans). After a couple years, he took over the starting job from Chris Chandler and from there, he led the Titans into one of their most successful eras. During that time, McNair earned the Associated Press’ MVP nod in 2003, becoming the first African-American quarterback to win the award. McNair is also considered one of the toughest quarterbacks in recent NFL history.

The former Grambling State Tiger entered the league in 1978 and was the first Black quarterback taken in the first round (picked 17th overall by the Tampa Bay Buccaneers). He had some early success, taking the Bucs to playoffs three times in five years, including making it as far as the 1979 NFC Championship game. Although he had success with Tampa, his biggest mark came with the now Washington Football Team, when he rejoined the NFL in 1986 after a falling out with the Tampa Bay Bucs and after playing with the  USFL with the Oklahoma/Arizona Outlaws for two seasons (1984 and 1985). Williams would step in for incumbent starter Jay Schroeder a couple times during the season and in the 1987 playoffs, head coach Joe Gibbs named Williams the starting quarterback for the playoffs. He would go on to become the first Black quarterback to win the Super Bowl as well as the Super Bowl MVP for that game.

Agree? Disagree? Give us your opinion.