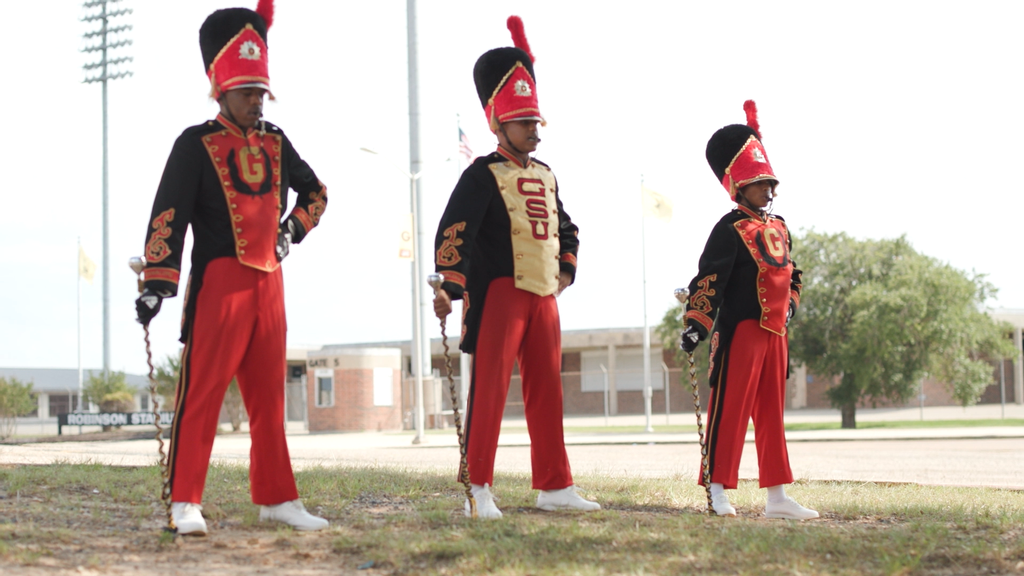 The world-famous Tiger Marching Band of Grambling State University is about to make history — again.

For only the second time in the school’s 120-year existence, a woman will join two other drum majors leading the storied band onto the field on Sunday. Grambling State will meet Tennessee State in the Black College Football Hall of Fame Classic at Tom Benson Hall of Fame Stadium in Canton, Ohio.

Candace Hawthorne will join Deante Gibson and Sheavion Jones marching in the footsteps of the only other woman drum major at the university — Velma Patricia Patterson in 1952.

Though she has held other leadership positions in the band, Hawthorne said she wanted to be a drum major, and since this is her senior year, she tried out.

“My marching career is almost over, so if I hadn’t at least tried, I would’ve been upset with myself for not trying at all. It really means a lot to me because it’s a dream come true,” said Hawthorne, who is majoring in engineering technology and music education.

“It’s a personal learning experience to never doubt and to have confidence in myself,” said the Dallas native. “Since I’ve made history and have done something big like this, I have to lead by example.”

Despite six-hour practices and grueling training routines, Hawthorne said she was more than ready to try out for drum major at the Historically Black University in Grambling, Louisiana, known, among other things, for its marching band.

Billed as the “World Famed Tiger Marching Band,” the band dates to 1926 and has performed for U.S. presidents, the president of Liberia, Super Bowls, the Bicentennial, USO shows worldwide and a Coca-Cola commercial. It has also cut two albums.

“I’ve always wanted to be a drum major my whole life. However, I never had the confidence to actually go and try out,” Hawthorne said in a text message to Zenger.

“Through my time in the [band], I was always saying I’m going to try out for the [drum major] position, but I don’t think anyone believed me when I said it. I honestly didn’t believe myself, but deep down I really wanted to. So when the time came to sign up for what leadership position I wanted to go out for, I put drum major.”

In a school where everybody from the president to the chair of the Music Department are alumni, Hawthorne has become a campus hero.

“By all accounts, she has worked her way up through the leadership, and I am so excited to see her during the first game as one of our three drum majors,” said university President Richard J. Gallot. “As a former band member, I can attest firsthand that it is not easy.

“The students who come understand the importance of doing well in the classroom first, and secondly, to do those things that are important to be successful in the band,” Gallot said.

Reflecting on history, Nicole Roebuck, chair of the Music Department and director of bands, said: “A lot of people didn’t know that females were in the bands prior to the civil rights movement at Grambling.”

Roebuck said after Patterson served as a drum major nearly 70 years ago, the situation became difficult during the civil rights movement (roughly from the mid-1950s to the late 1960s).

“When it got hard for females to travel on the road, they made a decision [at the university] just for the men to travel on the road until they determined it was safe,” Roebuck said. “If they had not allowed them [women] to come back in 1977, I would not have been in the position that I am in today.

“I feel like I am passing on the torch to (Hawthorne) to display to the world and to say that it does not matter if you are male or female, it’s about being a leader.”

When the stadium is filled on Sunday and Grambling State ushers in a new season, Hawthorne is aware of what her special role in the band means.

“All eyes are on me now, so I want to show everyone what I’m capable of and that as a female I can do it, too,” she said. “Anything is possible as long as you believe in yourself. No matter how big or small a dream may be, go for it.”