A look at the top 10 Black NFL head coaches 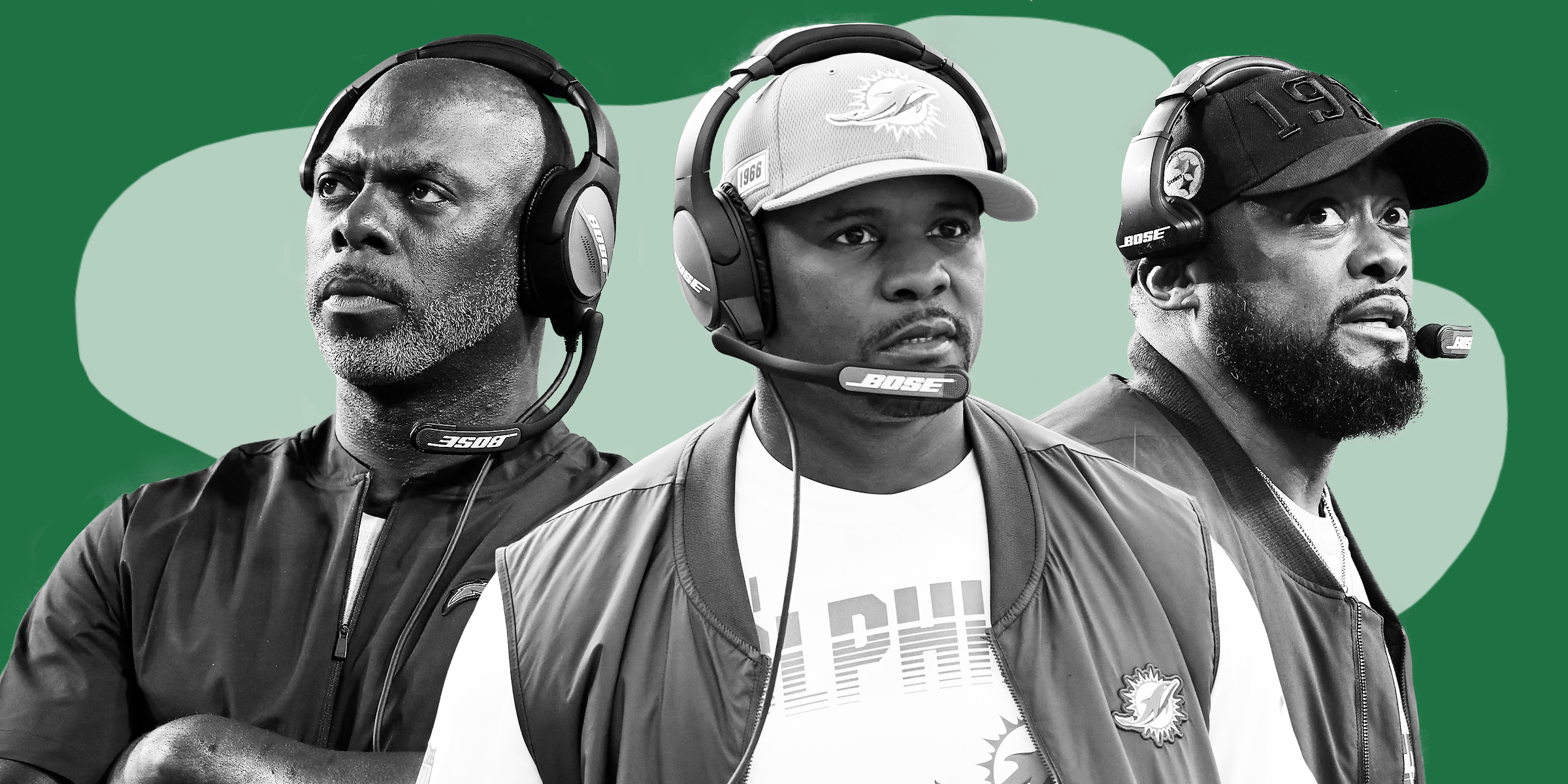 Black players are seen all over the NFL. But you do not see a lot of Black coaches. In a league that has shown a lack of patience with keeping Black coaches, these coaches have been there and had some measure of success, whether it is  winning titles, getting their teams to the playoffs or even just being there and making things happen. Here are the Top 10 impactful Black head coaches in NFL history.

Tomlin wasn’t a guy the Steelers were looking at originally for the job, but the Rooney Rule allowed him an opportunity to interview and he impressed them. Although sometimes people want Tomlin out, he has been a very good coach ever since the Steelers hired him. He has won one title and he has never had a losing season as a head coach in his career. That’s quite an accomplishment for as long as he has been a head coach. He currently has a coaching record of 150-81.

Dungy brought a downtrodden Tampa Bay football team to relevance back in his time there, coming up just short of a championship before being unceremoniously let go. But he didn’t stay down long and ended up winning a title as a coach of the Indianapolis Colts. Dungy was definitely a special coach because of his ability to uplift teams and his calm demeanor in doing so. He finished with a coaching record of 139-69.

Jim Caldwell took over for Tony Dungy after he left the game and took the Colts back to the Super Bowl, ultimately losing to the New Orleans Saints. He was solid in Indianapolis up until Peyton Manning got hurt and the team went 2-14, ultimately leading to his firing. After that, he was hired by the Lions to take over the team and had winning seasons in three of his four years coaching there, including one season where he led the Lions to a 11-5 season. He ended up with two playoff appearances for the Lions and a career record of 62 wins and 50 losses.

Smith took over Chicago and he had them in the running for the playoffs for a good portion of his time there. And although it didn’t work out for him at his second coaching staff, Tampa Bay, he still finished with a record of 89 wins and 87 losses, complete with one Super Bowl appearance.

Dennis Green is famously known for his speech after a loss to the Chicago Bears as coach of the Arizona Cardinals where he said quite passionately, “But they are who we thought they were! And we let them off the hook!” That moment does not define what kind of coach he was. Although he did not have success in Arizona, he was successful all but one year in Minnesota. His most successful season saw him guide the Vikings to a 15-1 record with one of the most explosive offenses in NFL history. Unfortunately, that team did not make the Super Bowl, losing to the Atlanta Falcons in the NFC Championship Game. He finished with a coaching record of 113 wins and 94 losses.

Art Shell played for the Raiders for 15 years and he eventually became a coach for them. In his years coaching the Raiders, he produced five winning seasons and a coaching record of 56 wins and 52 losses. In the playoffs, his record was 2-3 with his best finish being a loss to the Buffalo Bills in 1990 in the AFC Championship Game.

You cannot make a list of the top Black coaches of all-time without listing Fritz Pollard. Pollard was the first Black man to be on the Walter Camp All-American team as well as the first Black player at Brown University. He wasn’t officially the head coach in the NFL (then the APFA), but he was the co-coach of the Akron Pros while being a player for them as well. Back in 1921, that was unheard of for a Black man to be a head coach or up to that level of coach.

Marvin Lewis was a hot commodity when he was named the head coach of the Cincinnati Bengals. Some criticized how long he may have been there or the discipline of his teams in Cincinnati, but you cannot say he didn’t turn the Bengals into a winning organization in his time there. He got them to the playoffs seven times in his years there and only had six losing seasons in his time. The only blemish in his career is he never won a playoff game in his tenure. His career record was 131-122.

Edwards was handed the reins to his first head coaching job back in 2001. Of course, it was the Jets, so not much was expected from them. However, he gave the Jets three winning seasons in five seasons there. He would eventually get fired and moved on to the Kansas City, where he would be fired after three seasons but not before he put them in the playoffs his first season. While his numbers are not outstanding (54 wins and 74 losses) , the best thing he said at a press conference during his time with the Jets will forever be remembered: “You play to win the game!”

Ray Rhodes is often forgotten as a head coach but he was pretty successful as a head coach in the NFL. He started off his head coaching career with the Philadelphia Eagles and got them in the playoffs with a 10-6 record his first two seasons. Unfortunately, that type of success didn’t pan out over the rest of his time there and after one 8-8 season in his next coaching hire, Green Bay, he was never a head coach again. Rhodes finished with a coaching record of 37-42 with no playoff wins.

Mike Patton is a freelance sports writer based in Nashville, TN. He has covered sports for 10 years for various organizations and publications. He also is the host/producer of the Touring The AFC South podcast.

PrevPreviousJussie Smollett arrives in court as jury selection is set to begin at his trial
NextLee Elder, 1st Black golfer to play Masters, dies at age 87Next