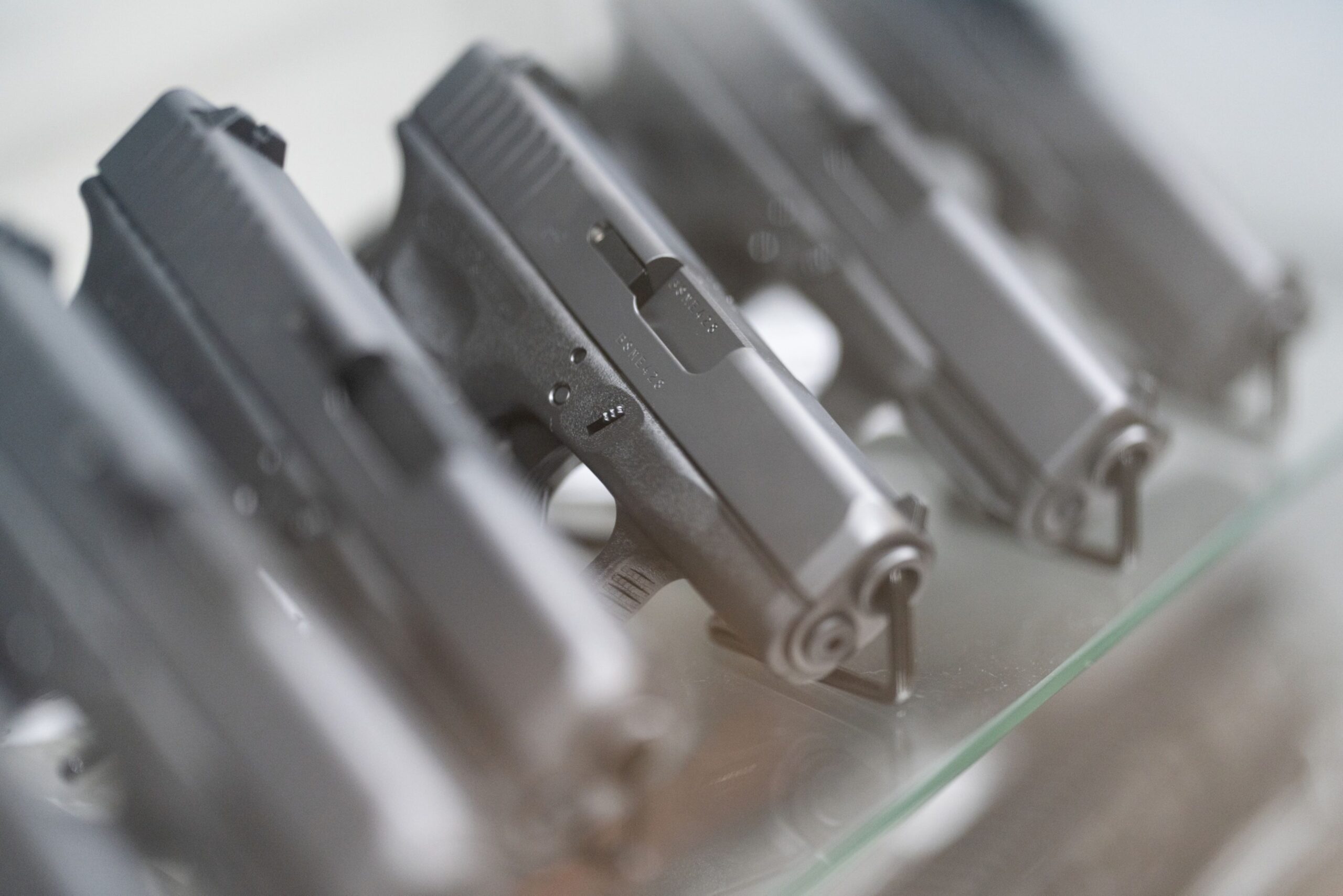 Black gun rights groups are seizing on a Supreme Court ruling that makes it easier to carry handguns in public, touting it as an important vindication of their rights to self-defense and an opportunity to reshape the debate in the Black community over gun ownership six years after the killing of Philando Castile. The justices in a 6-3 decision in June struck down a New York state law on concealed carry that restricted the carrying of handguns in public by most people.

The decision, coming amid a wave of mass shootings, has sparked worries about public safety, and raised questions about whether gun owners of color, such as Castile, would enjoy the same privileges as others. Castile, a Black man in Minnesota who had a permit for his firearm, was shot and killed by police during a 2016 traffic stop.

Philip Smith, founder and national president of the National African American Gun Association, which filed an amicus brief against the New York law, said the court ruling reinforces the rights of gun owners like Castile.

“When he was shot by that officer, after watching that video, I told our members, make sure you can still carry in your state. The one thing we cannot do is to act cowardly and to shudder in the corner like we don’t deserve to have a gun,” Smith said. “We’re going to stand tall and exercise our Second Amendment rights.”

But critics of the ruling say Black gun owners won’t be treated the same as other groups. They said the decision will lead to more guns on the streets and more deadly encounters between Black men and law enforcement.

“I think we’re sadly going to see more incidents like that, with police fearing that anyone they encounter will have a gun,” said John B. King, a former Obama Education secretary now running for Maryland governor.

Black Gun Owners Mobilize
In their amicus brief to the Supreme Court opposing the N.Y. law, NAAGA, which said it was founded in 2015 to “defend the Second Amendment rights of members of the African American community,” pointed to the history of laws denying gun rights for Black Americans.

“Such laws often included arbitrary prohibitions on the carrying of firearms with parallels to New York’s current law. Such laws invariably discriminate against the poor and minorities,” the brief said.

Another group, Black Guns Matter, also asked the justices to strike down the N.Y. law. “Armed self-defense has always been vitally important to the African American community,” their brief said.

Following the ruling, representatives of those groups said they would push efforts to promote legal gun ownership and education in the Black community.

“For the last five years, we’ve given classes on how to legally purchase, store, transport, own and train with firearms,” said Maj Toure, founder of Black Guns Matter. “We’ve traveled around the country, going to these areas that have the most violent crime—Chicago, St. Louis, New Orleans, Philly, New York, Compton, L.A.—every year we give these classes all the year for free.”

Toure said their efforts aim to reduce violent crime by promoting responsible ownership and self-defense. The group launched the Solutionary Center in Philadelphia, where residents can also learn about “trades, skills, conflict resolution, employment and other areas that improve neighborhoods and quality of life,” according to its website.

Increased Ownership
Smith from NAAGA said his group’s larger aim is to change the perception of Black people with guns.

“When I first started the organization, about seven years ago, I did a Google search of Black people and guns together,” he said. “It’s a very negative view of African Americans.

“What we try to do, and we do this every day, is put out positive imagery of Black folks with guns, families going to the range together, hunting together, shooting competitively,” he added.

There is also data that suggests more Black Americans may be buying guns. The National Shooting Sports Foundation, a firearm industry trade group, in a 2020 survey said retailers reported a 58% increase in sales to customers they identified as Black during the first half of that year, compared to the first half of 2019. More than 90% of retailers in 2021 reported an increase of Black men and almost 87% percent an increase of Black women purchasing firearms.

Gregory Parks, a professor of law at Wake Forest University, said the rise in hate crimes and the many recent high-profile cases of police killings may be pushing Black people toward gun ownership.

Policing Challenges
Democratic-run states fearing a surge in violence are already trying to counter the court’s ruling and find ways to keep firearms off the streets.

New York Gov. Kathy Hochul (D) on July 1 signed legislation that bars concealed carry in certain location such as churches, theaters, schools, and on public transportation, and expands the criteria for people trying to get concealed carry permits to include firearm safety training. Applicants could be disqualified for convictions over weapons possession or recent drug or alcohol-related misdemeanors.

Adam Skaggs, chief counsel and policy director at the Giffords Law Center to Prevent Gun Violence, said a spike in gun ownership could heighten reliance on “stand your ground” laws in states which allow people to defend themselves if they feel threatened. He added that Black gun owners using guns for claimed self-defense will still face racial bias.

“If a white person claims ‘stand your ground’ in shooting a Black person, they’re much more likely to effectively get away with that killing than if the roles are reversed,” Skaggs said. “Overall in the aggregate you’re going to make it much more likely that more Black Americans are going to be shot and killed.”

Candace McCoy, a criminal justice professor at John Jay College of Criminal Justice, cautioned that when police see weapons in public their first thought is about safety—not whether that person is legally carrying.

“We at NOBLE feel that increased gun ownership and easier access to guns makes the job for law enforcement that more challenging. It is our hope that this recent court ruling will not increase negative interaction with any communities or citizens,” Thomas said.

But Corey Pegues, a Black retired deputy inspector at the New York Police Department, said he doesn’t know if the Supreme Court ruling will make interactions between the Black community, including gun owners, and the police, any worse.

“Black citizens are already hunted by the police, and I don’t know how much more hunting they can do,” he said.

To contact the reporter on this story: Ayanna Alexander in Washington at aalexander@bloomberglaw.com

To contact the editors responsible for this story: Meghashyam Mali at mmali@bloombergindustry.com; Bernie Kohn at bkohn@bloomberglaw.com