Trick or Treating: Evolving or a dead tradition? 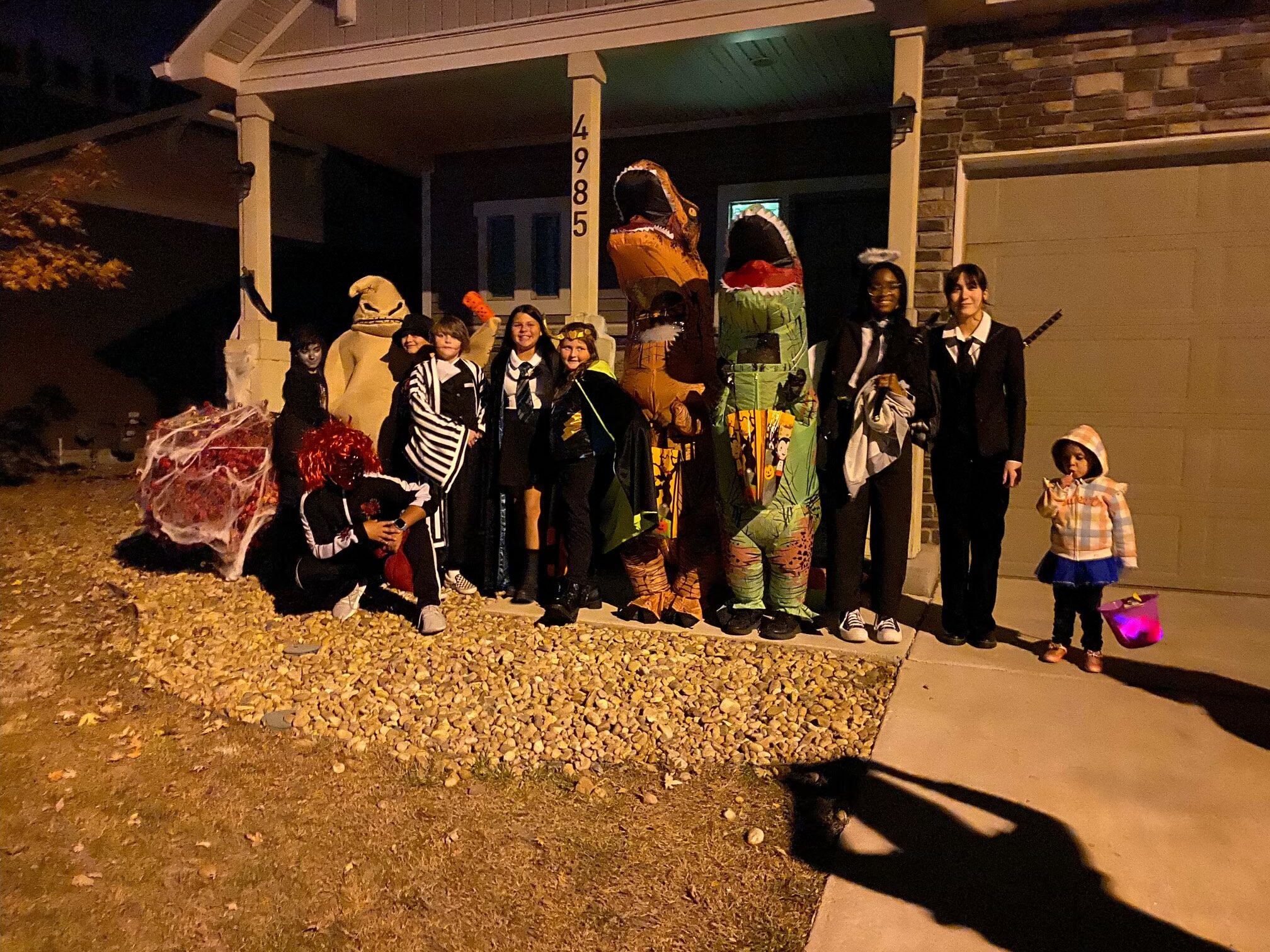 It’s been an annual tradition for years. Stocking up on candies of all kinds, from candy corn to snickers, all in anticipation of hearing (what seems like) the endless ringing of the doorbell well into the late evening on Halloween night.

According to the National Retail Federation, Americans planned to spend $10.6 billion on
Halloween on candy, costumes, and decorations this year. About $102 per person on candy
alone for ghosts, goblins, princesses, and superheroes to gobble up.

But where were they last night?

Many neighborhoods are reporting they didn’t get many pint-sized witches and warlocks
knocking on their door asking for sugary treats.

C.J. Page, hostess at the Gathering Place in Atlanta, GA says, “Parents are scared. And so are
we.” Page is a grandmother of four. She explains over the years going from house to house
has become increasing dangerous for all children, including Black kids. “We (adults) have
more fun at Halloween than the kids.”

The tradition of trick or treating started in Scotland and Ireland, dating back to the 16 th
century. Although it is not known exactly where or when the phrase “trick or treat” was
coined, the custom has been steeped into American culture since the early 1950’s when trick or treating was depicted by the Peanuts comic strip.

But this tradition seems to be evolving.

Tracy Williams, a Denver, Colorado mother of 10-year old twin boys and auntie of a 16-year-old niece went to a Halloween open house where pizza, soda, and snacks were served. Then families went trick or treating as a group.

“It just gave me peace of mind knowing that parents were able to keep an eye on all of our
kids,” says Williams. She also notes that only six trick or treaters came to her own home.

Kenya Whitfield, an I.T. specialist in Atlanta is the mother of a 14-year-old girl. “I’m just glad
my daughter is 14 years old not four, otherwise Halloween and trick or treating would have
been a disappointment. We had no trick or treaters.”

Public Safety Departments across the country are offering alternatives to trick or treating as
well. The Atlanta Fire, Police, Parks and Recreation, and E911 Departments came together
this year for the first time to provide a safe fun, environment for young goblins, called “Trunk or Treat.”

On the west side of the country in a neighborhood in Chula Vista near San Diego, trick or
treaters filled the streets. According to a study by Smart Assets.com, Chula Vista ranks fourth in the nation for the best places to celebrate Halloween. But even there, families have turned the centuries old tradition into a group event.

Churches have also begun to provide more seasonal festivals than they have in the past.
World Changers International in Atlanta, organize a “Fall Festival” the Saturday before
Halloween. Tujuanza Ernest, Events and Activities Manager for the church says, “Parents tell
us they feel safe on campus where kids can roam, there are food trucks and enjoy a more
family fun experience.”

As the years go on and the custom of going door to door for treats evolves and maybe even dies out…. those billions of dollars spent on Halloween goodies may just have to be
consumed by grown-ups instead of trick or treaters. Just in time to start working on New
Year’s resolutions.