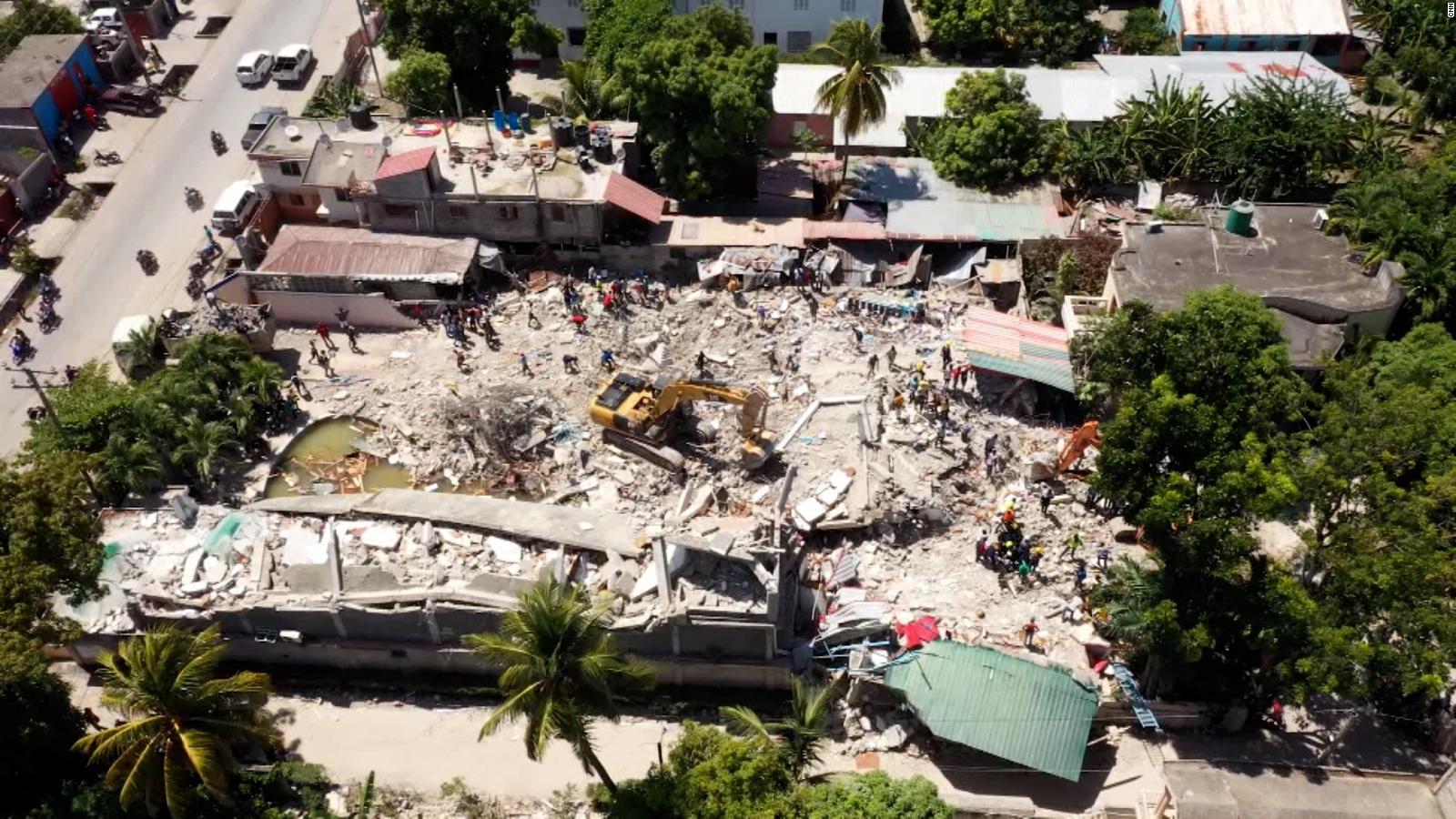 In some respects, the mountainous topography of Haiti’s frontier is a metaphor of the island nation’s long and storied history. Once coveted by European colonialists for its allure and abundance of resources, Haiti’s spirit and beauty, much like its mountains, has been stripped bare due to generations of military conflicts, geo-political interference, and natural disasters.

Fate has long been cruel to this island nation in the Greater Antilles. Surely, the Tainos could not have imagined extinction after their encounter with Christopher Columbus. The enslaved Africans could not have foreseen a lifetime of servitude in hellish sugar plantations. And the descendants of the revolutionaries who broke the chains of slavery by force most certainly did not think that the ground beneath their feet would tremble and cause toppled buildings to become tombs for over 200,000 souls.

There is no shortage of explanation for Haiti’s plight. Some are grounded in logic, but most are just plain bizarre. Pat Robertson, for example, rambled to his 16 million viewers of the 700 Club that the Haitians brought bad luck on themselves when they “got together and swore a pact with the devil” before they fought the French army in the summer of 1791. Of course, there is no evidence that Dutty Boukman and the Maroons bargained with Lucifer in Bois Caïman, but truth has always been inconvenient when it comes to telling Haiti’s story.

The truth is that the world owes a debt to this impoverished country. Haiti, having been the first and only slave colony to win its freedom by force, has inspired nations throughout the Western Hemisphere. Haiti gave refuge to Simon Bolivar and sailed alongside him to fight the Spanish in South America. More than 500 Haitians joined American colonists in their push to drive out the British from Savannah, GA. And the Haitians defeat of the French empire left Napoleon with no choice but to sell the Louisiana territory to the United States.

The truth is that Haiti, for whatever reason, is not allowed to succeed in this life or the next. That became apparently clear to me when I visited my ancestral home a few years after the 2010 earthquake. My eyes widened in disbelief as my American Airlines flight began its descent.  The quite visible demarcation line that divided Haiti from the Dominican Republic was a stark reminder on how deforestation was used to pay off French colonial reparations. The lack of trees and the eroded soil in these barren mountains endangers rural communities every rainy season.

My commute through Cite Soleil showcased dozens of young men selling brandless 16-ounce bottles of water since most of the major tributaries were infested with U.N. sourced cholera. The hordes of Haitian merchants who lined the streets with their carved sculptures and mangos were faceless objects to the convoy of non-governmental organizations (“NGO”) barreling through traffic in their Mitsubishi Monteros. I did observe some construction, but the workers were clearly not Haitian.  Instead, they appeared to be Nepalese, Chinese, and everyone else in between.

The missionaries I encountered looked more like tourists with their high-end Nikon cameras dangling from their necks. One individual who mistook me for a local was visibly disappointed when I rebuffed his request for a selfie. It was not long after that encounter when I realized that Haiti was nothing more than an urban safari for many.

Haiti is unable to feed itself due to questionable trade policies. In fact, over 4 million Haitians are at risk of hunger. Once an exporter of rice, Haiti’s marketplaces are now flooded with cheap “Miami rice.” Clearly, the peasant farmer is no match to foreign agribusinesses.

Years of international interference and corruption has made Haiti ungovernable. Before his assassination a few weeks ago, President Jovenel Moise dissolved Haiti’s parliament, sacked three supreme court justices, and appointed seven prime ministers in four years. The leadership vacuum has placed Haiti in a frightening predicament. Gangs now roam the streets emboldened by the lack of law and order.

Now Haitians are left piecing together their lives after another devastating earthquake. The death toll is not quite apocalyptic like the 2010 disaster, but that brings little comfort to the families who have lost loved ones this time around. To make matters worse, there will be no respite since it is hurricane season.

I think the first objective is to establish some sense of order and security in the country. Unfortunately, the national police cannot be trusted. There’s evidence that some police officers are actively supporting the gangs and there’s been instances of extrajudicial killings by the police force. I don’t believe bringing back the U.N. security force is appropriate. They were just as bad as the police in many respects.

My idea would be to have a conglomerate of all of the Caribbean nations come in and assist in the security and management of Haiti. Presently, there is no functioning government and to have these nations step in and help sort out Haiti’s issues would probably instill some confidence.

Rest assured, Haitians will persevere. They always have and they always will. As the Haitian proverb says: “Deye mon, gen mon.” Beyond the mountains are more mountains. I pray for their strength.

The Honorable Don Jesse Toussaint is a first generation Haitian American originally from East Orange, N. J. Most of his extended family still lives in Port-au-Prince. He has visited Haiti and has been developing a documentary for the past six years titled, “The Least of Us: Inequality and the Underdevelopment of Haiti.” Currently, the project is on hiatus due to the crime, political unrest and Covid. Here is a clip addressing the earthquake in 2010 https://www.youtube.com/watch?v=0wmpralz1cs. He currently serves as a district court judge in Colorado.